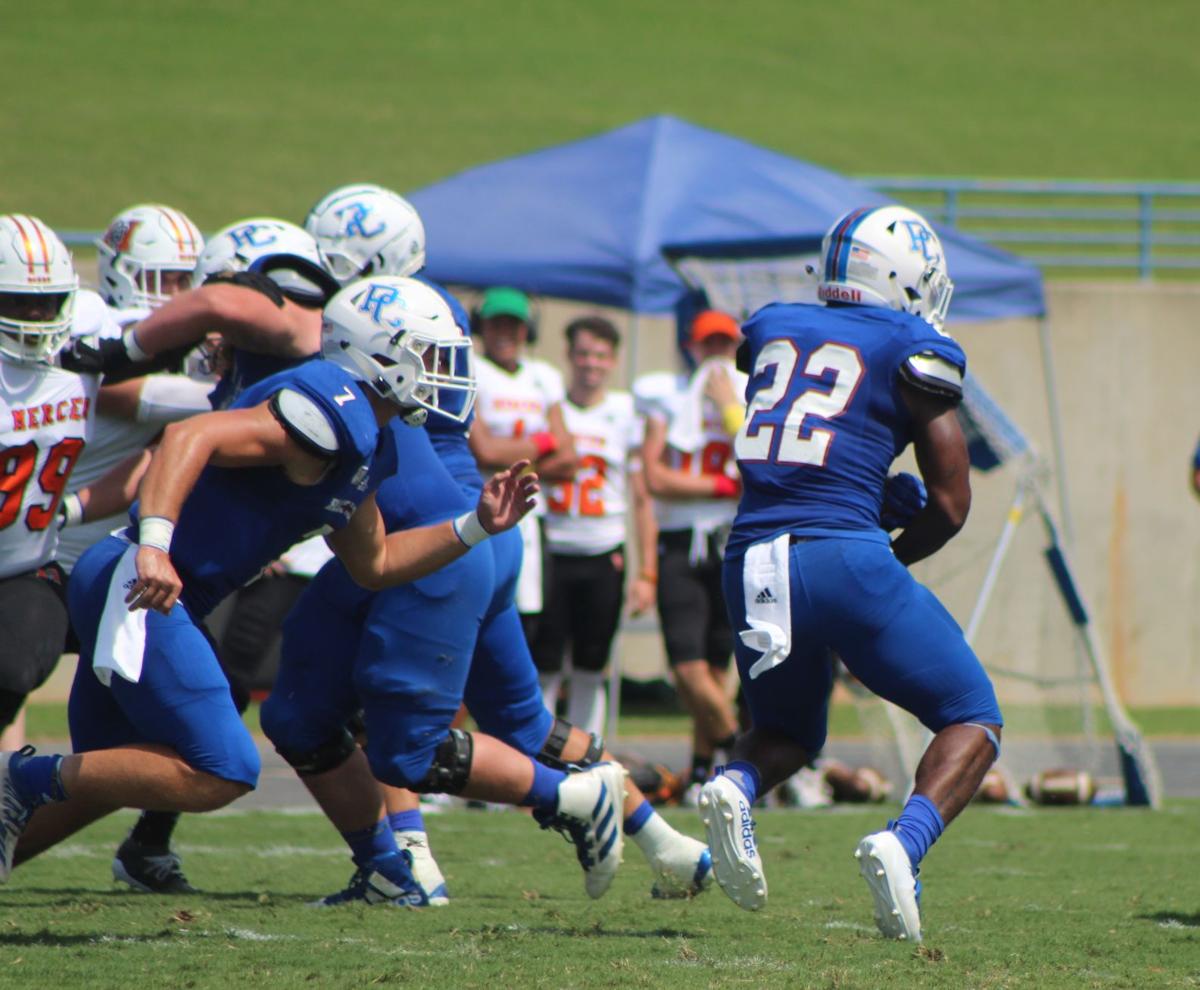 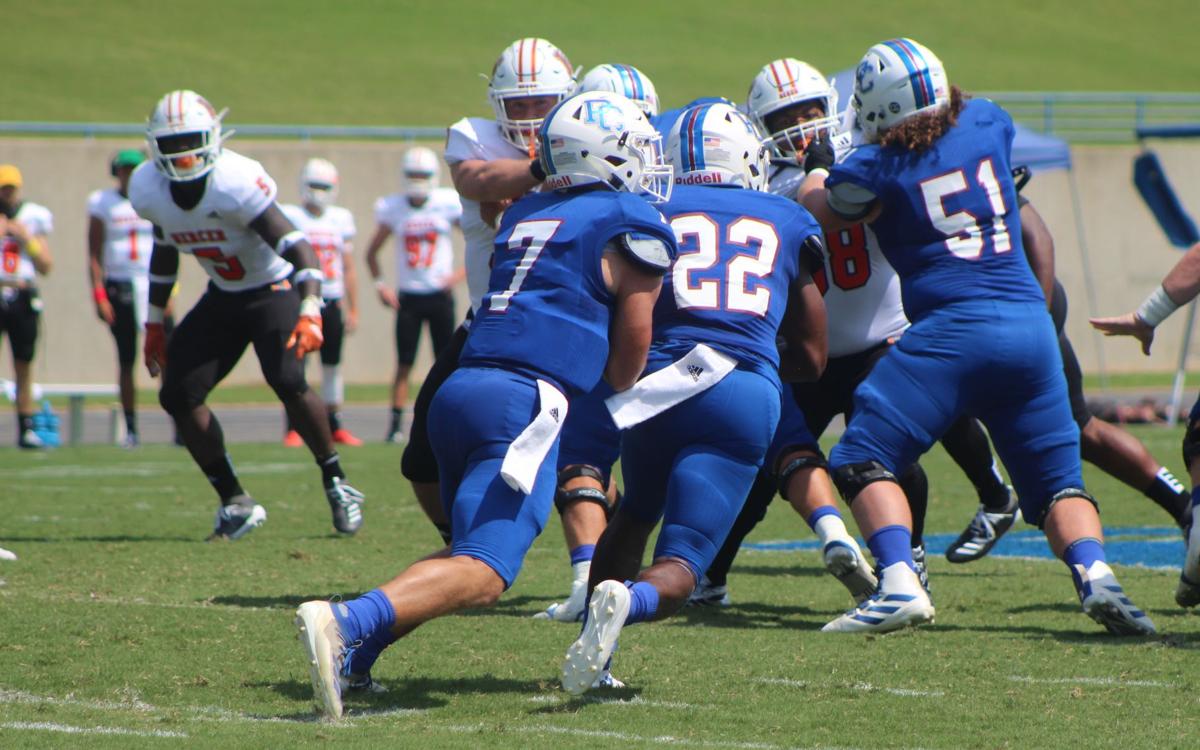 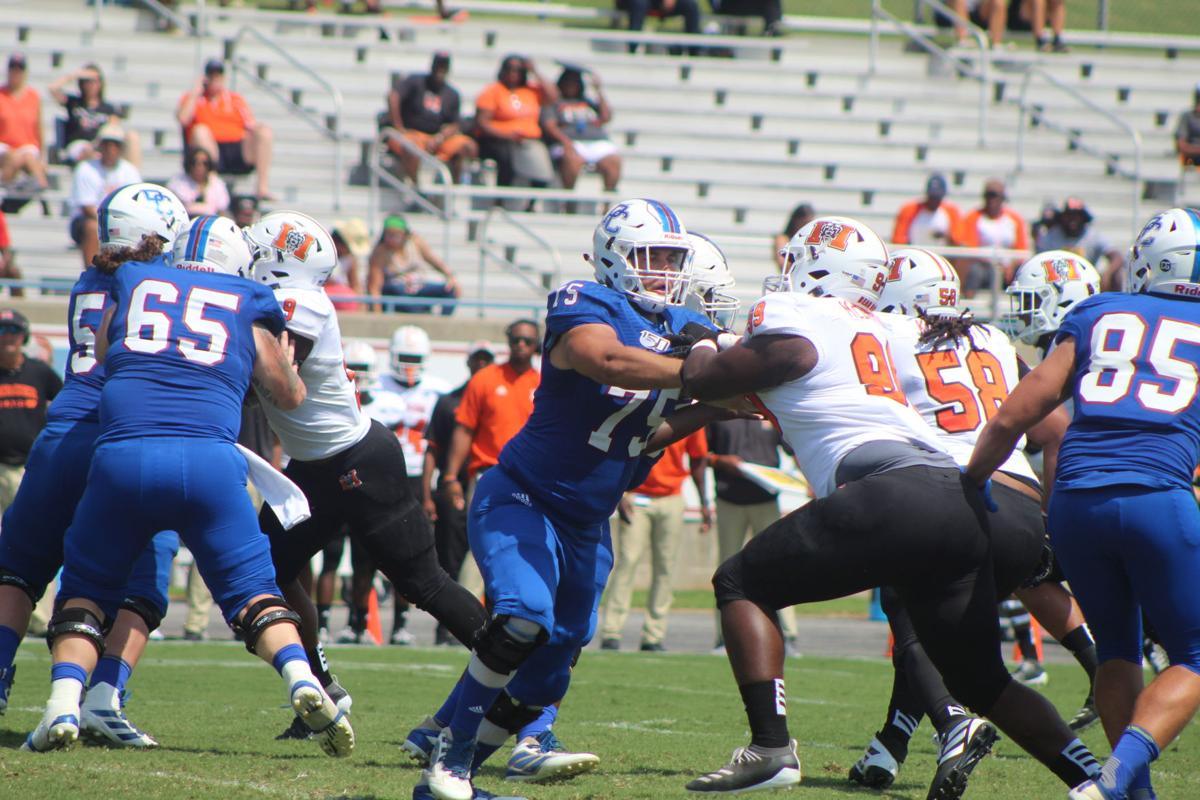 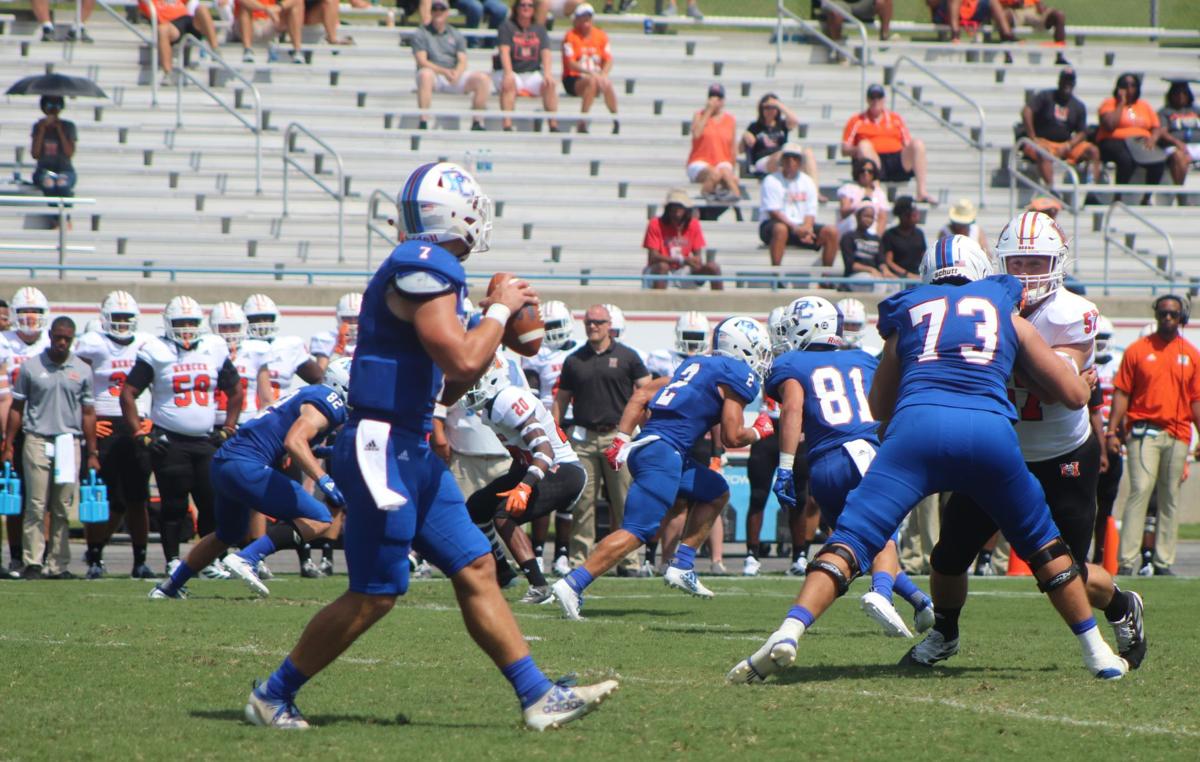 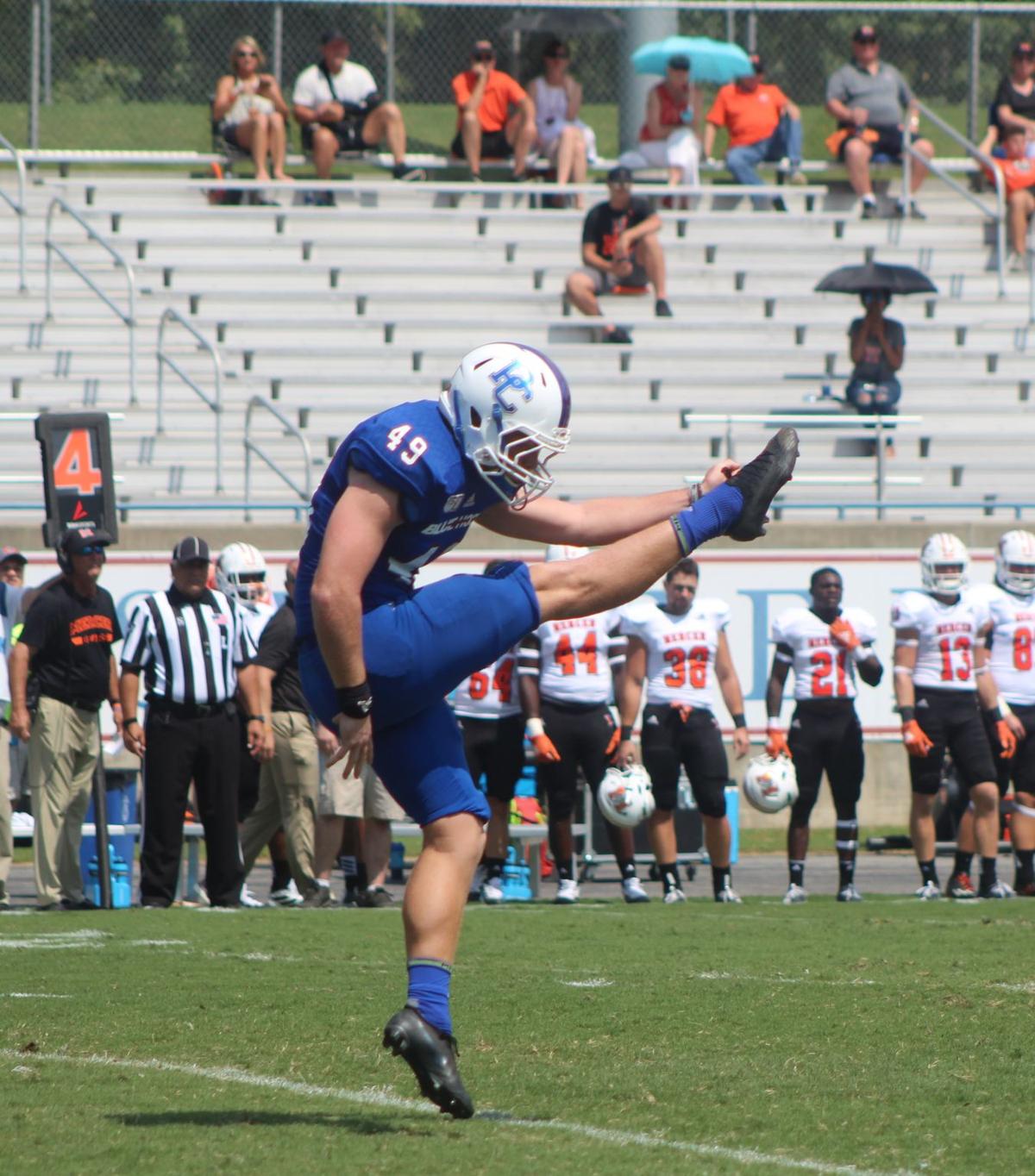 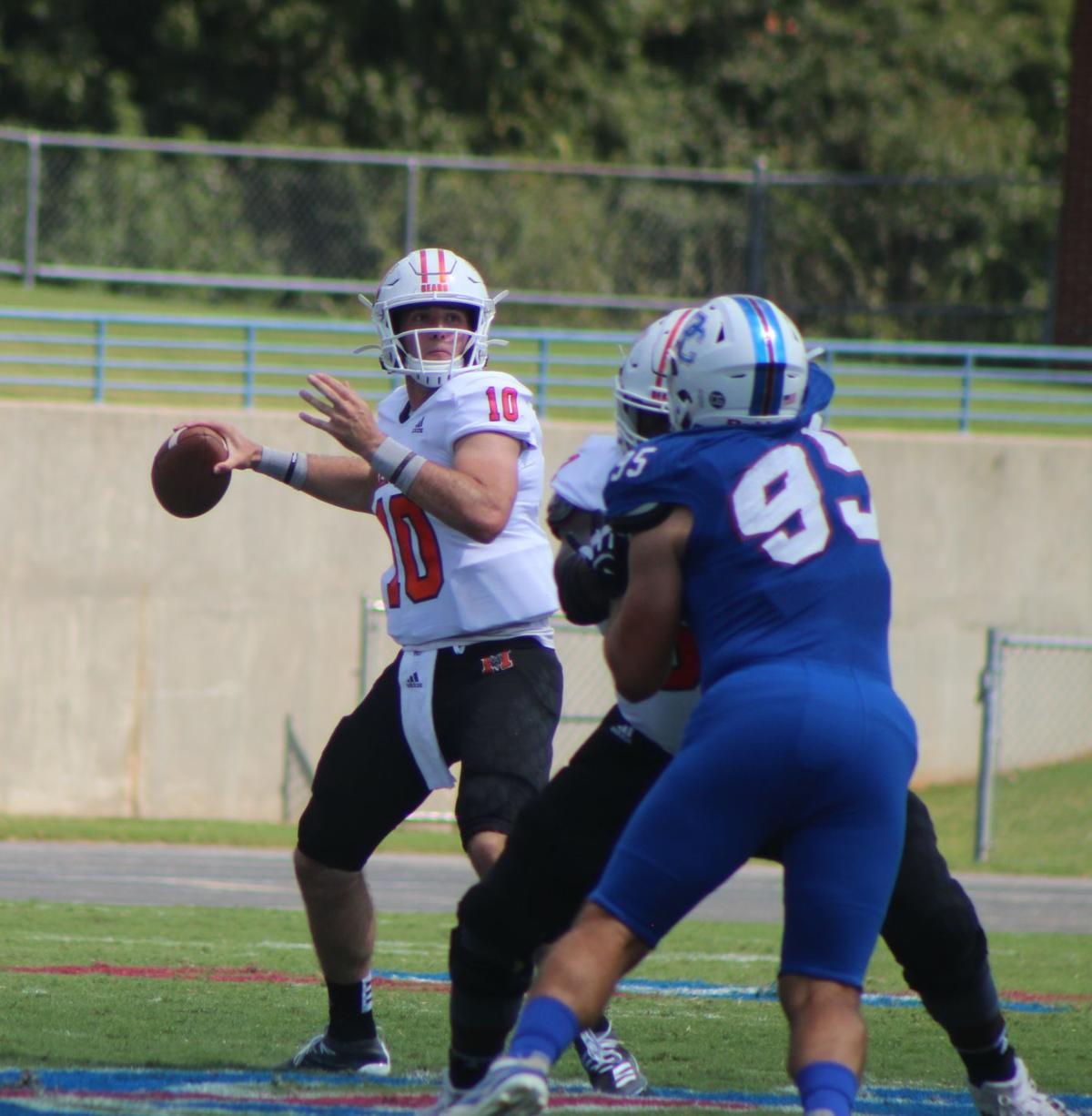 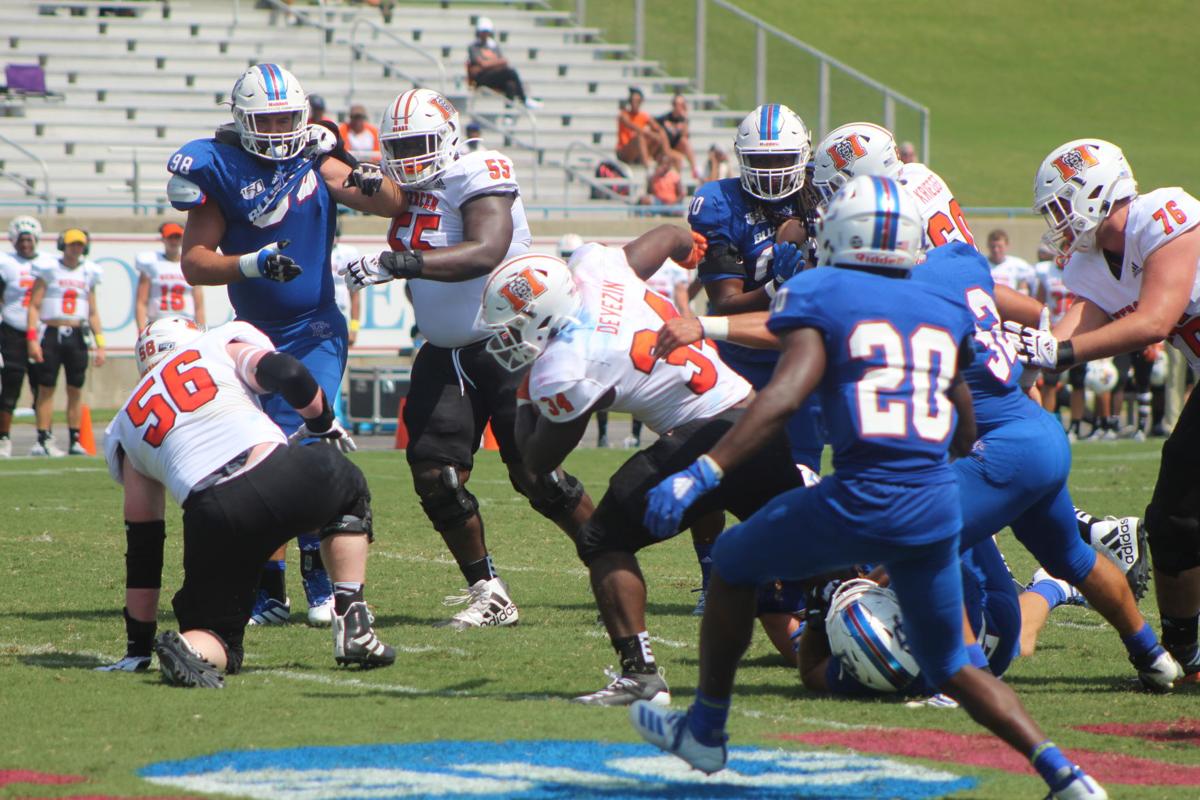 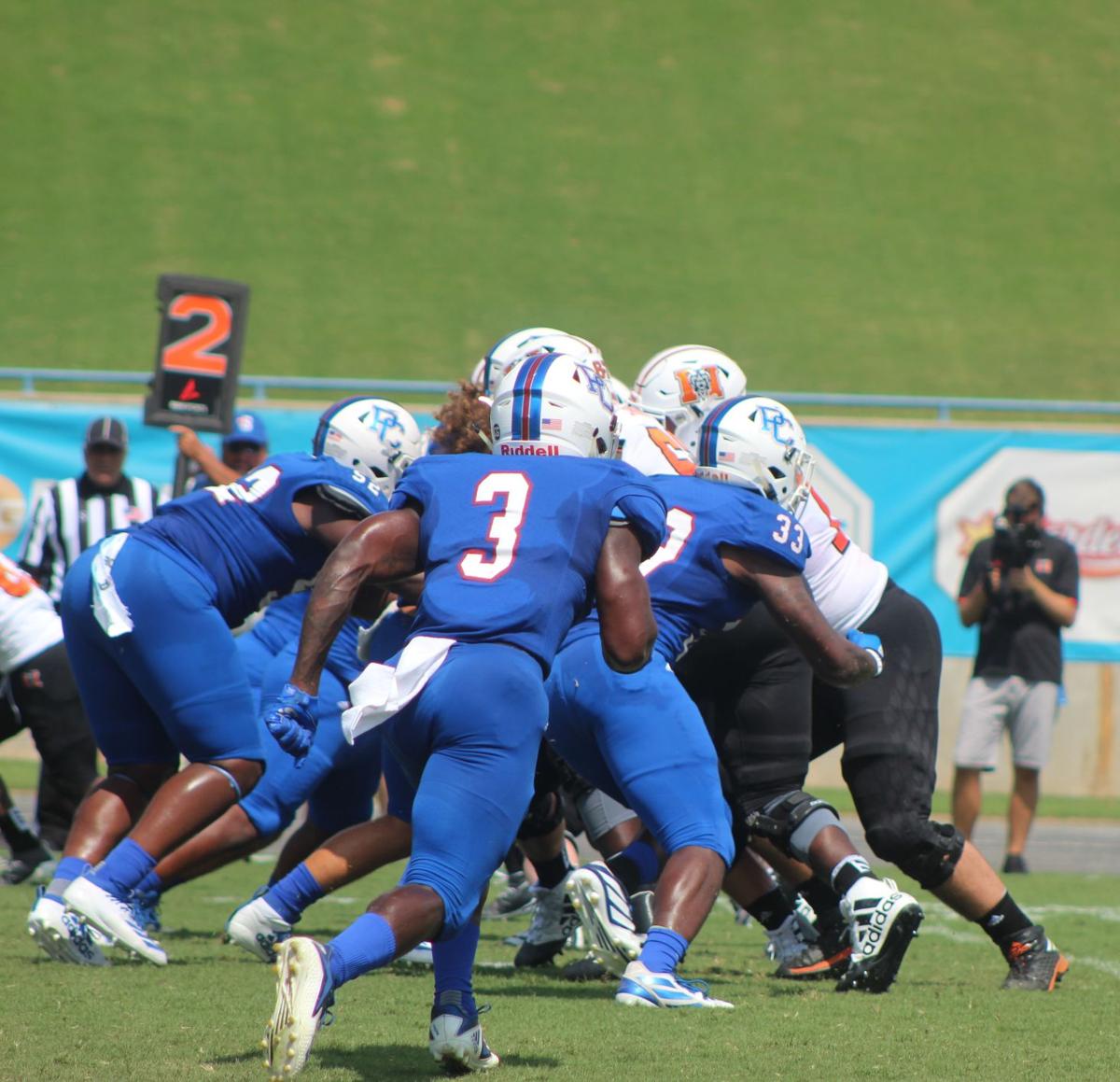 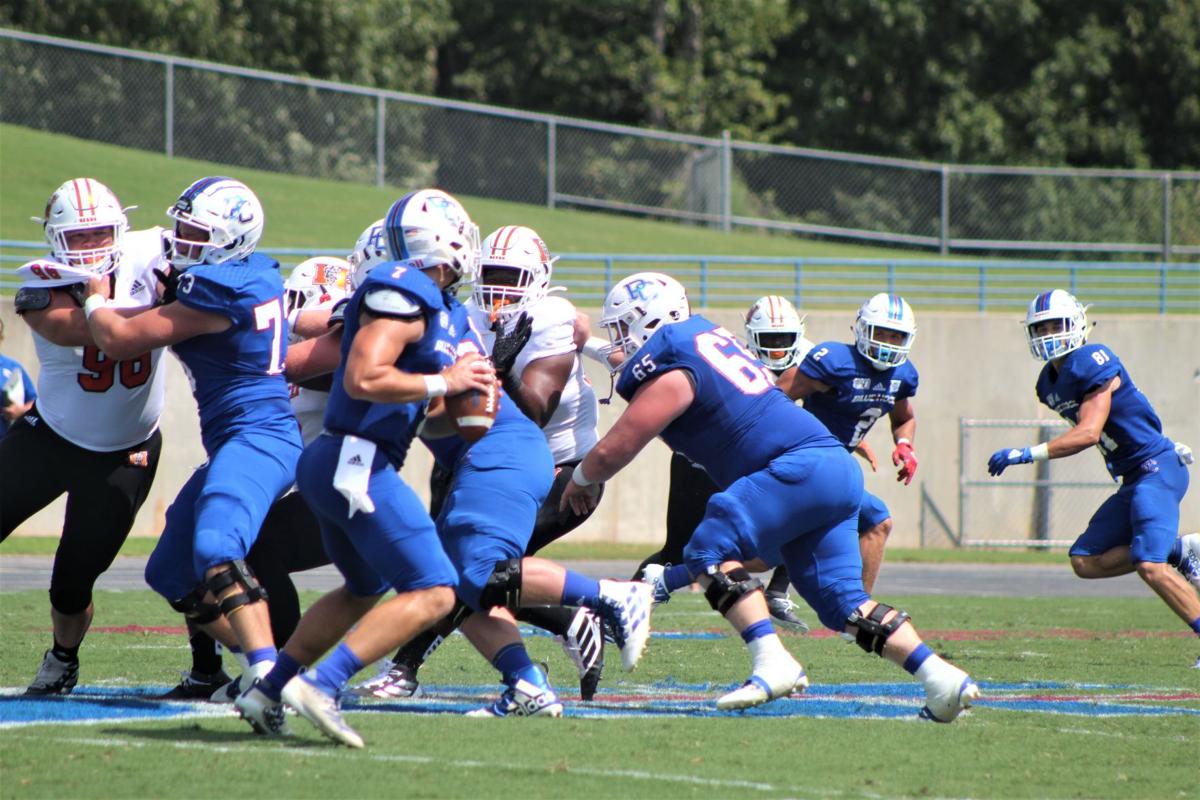 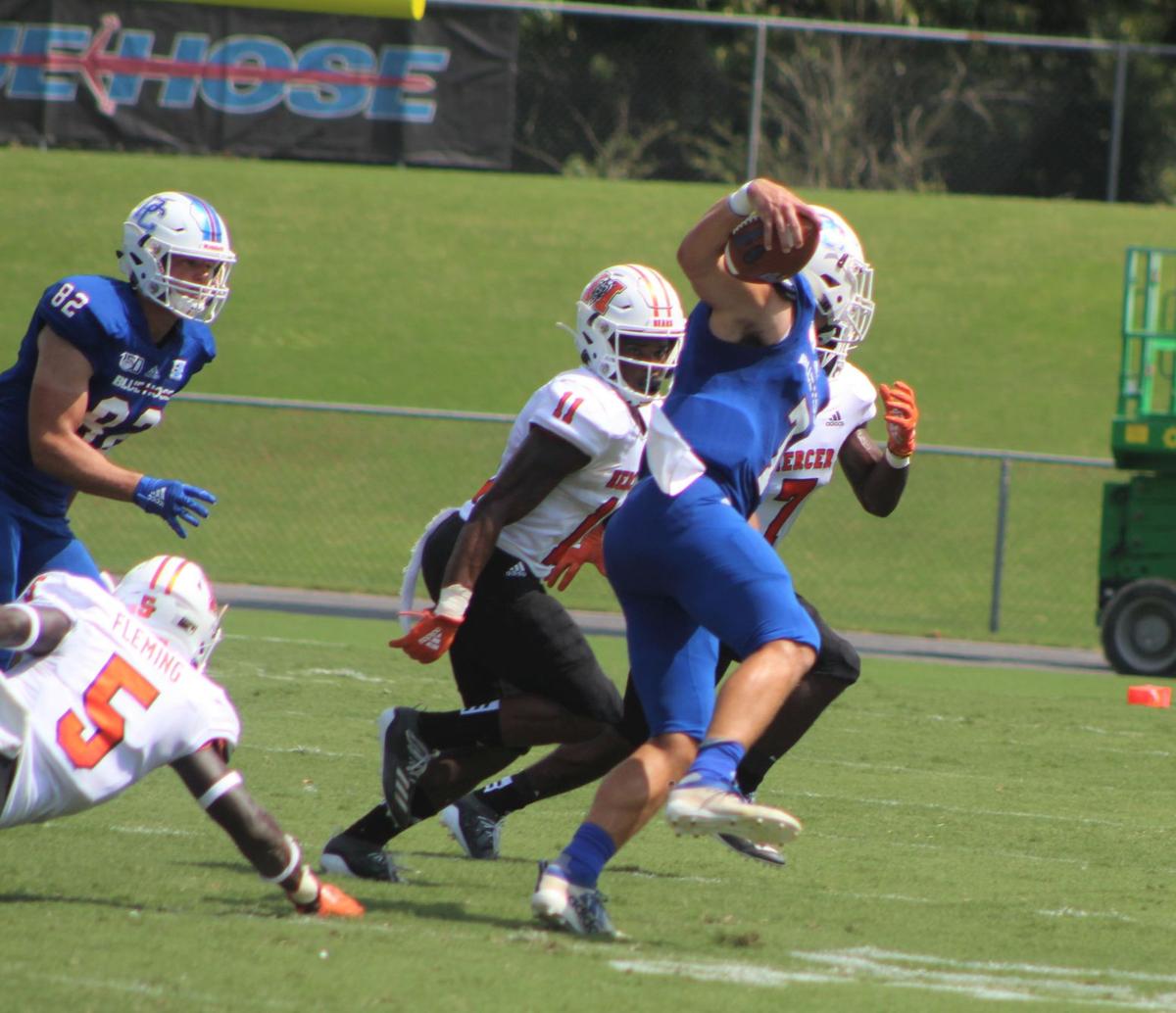 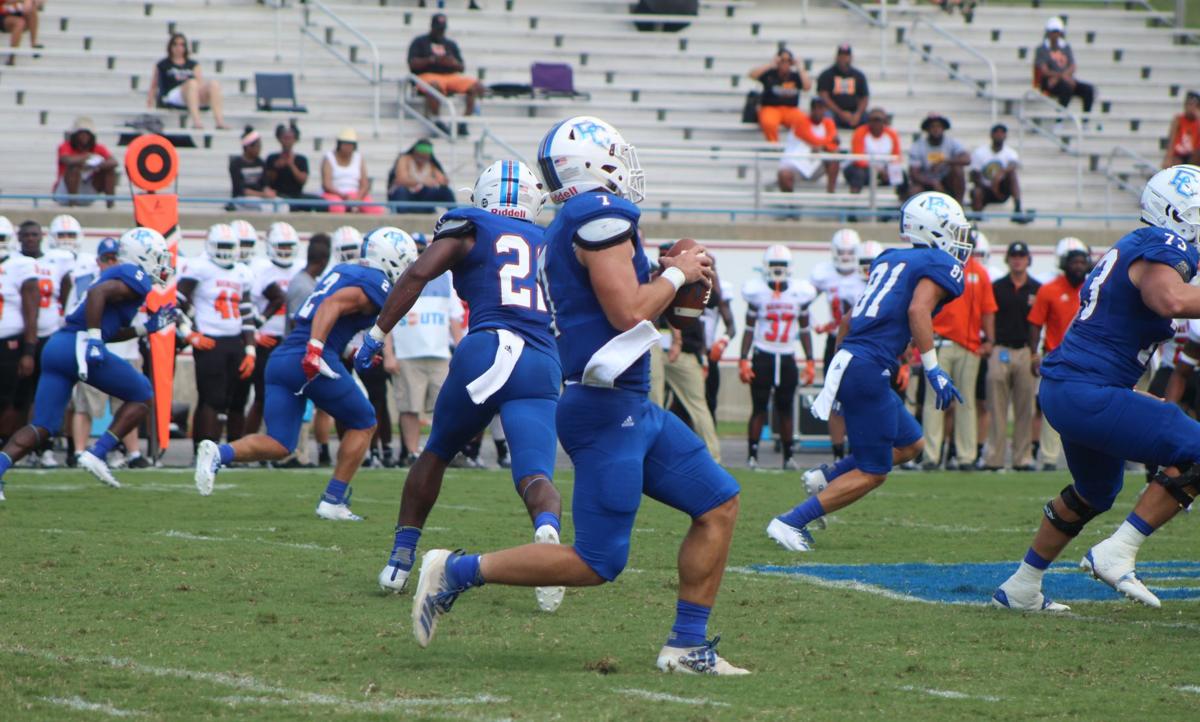 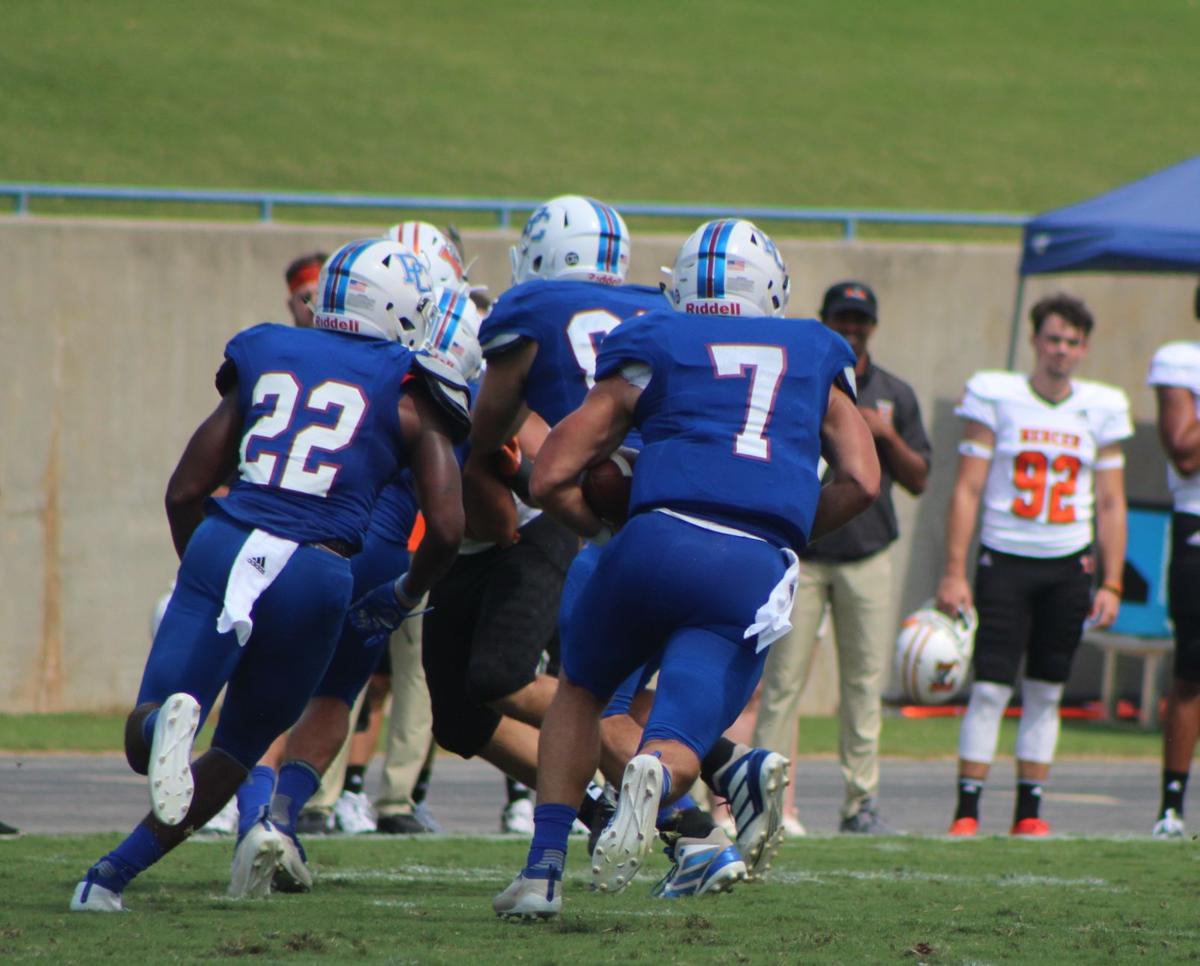 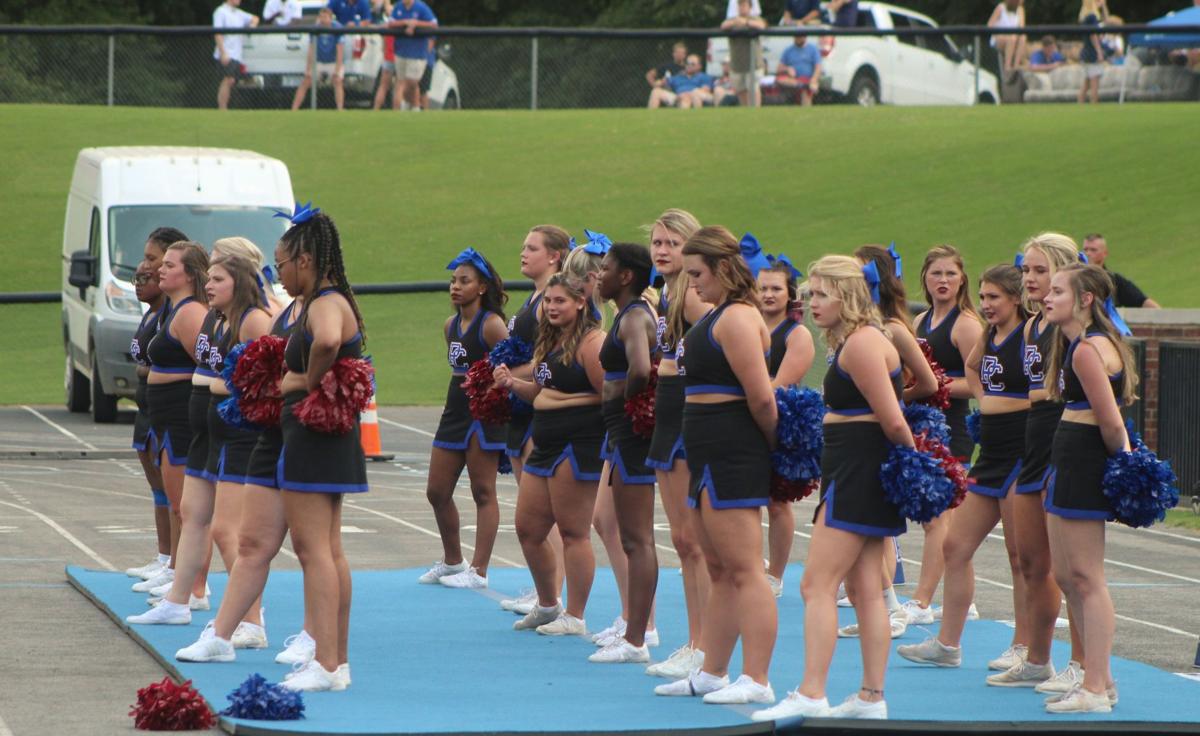 Mercer quarterback Robert Riddle passed for three touchdowns and ran for a fourth as the Bears overwhelmed Presbyterian, 45-7, in the Blue Hose’ season opener at Bailey Memorial Stadium on a hot Saturday afternoon.

The Bears removed any doubt of the outcome early, scoring three touchdowns in the first quarter. The last, 95 yards from Riddle to Rob Lake, with 5:48 remaining in the period, was a crusher.

Trailing 42-0, Presbyterian (0-1) got on the board with 6:04 left in the game on Zola Davis’s one-yard run. Keith Pearson led the Blue Hose wide-outs with seven catches for 64 yards, while Colby Campbell led the PC defense with 13 tackles and 3-1/2 for loss.

Redshirt sophomore Brandon Thompsonmade his first career start as a Blue Hose at quarterback and passed for 150 yards and also ran for a team-high 76 yards.

Mercer (2-0) had begun the season with a 49-27 victory at Western Carolina. PC’s originally scheduled opener was Aug. 31 at Stetson, but that game was canceled due to potential weather difficulties in DeLand, Fla. Mercer needed a 12th game, so the schools announced they would play in Clinton on Tuesday morning.

The Blue Hose continue their three-game homestand next Saturday as they welcome in Jacksonville (Fla.) to Bailey Memorial Stadium. Kickoff is 7 p.m. and will be shown on ESPN+.