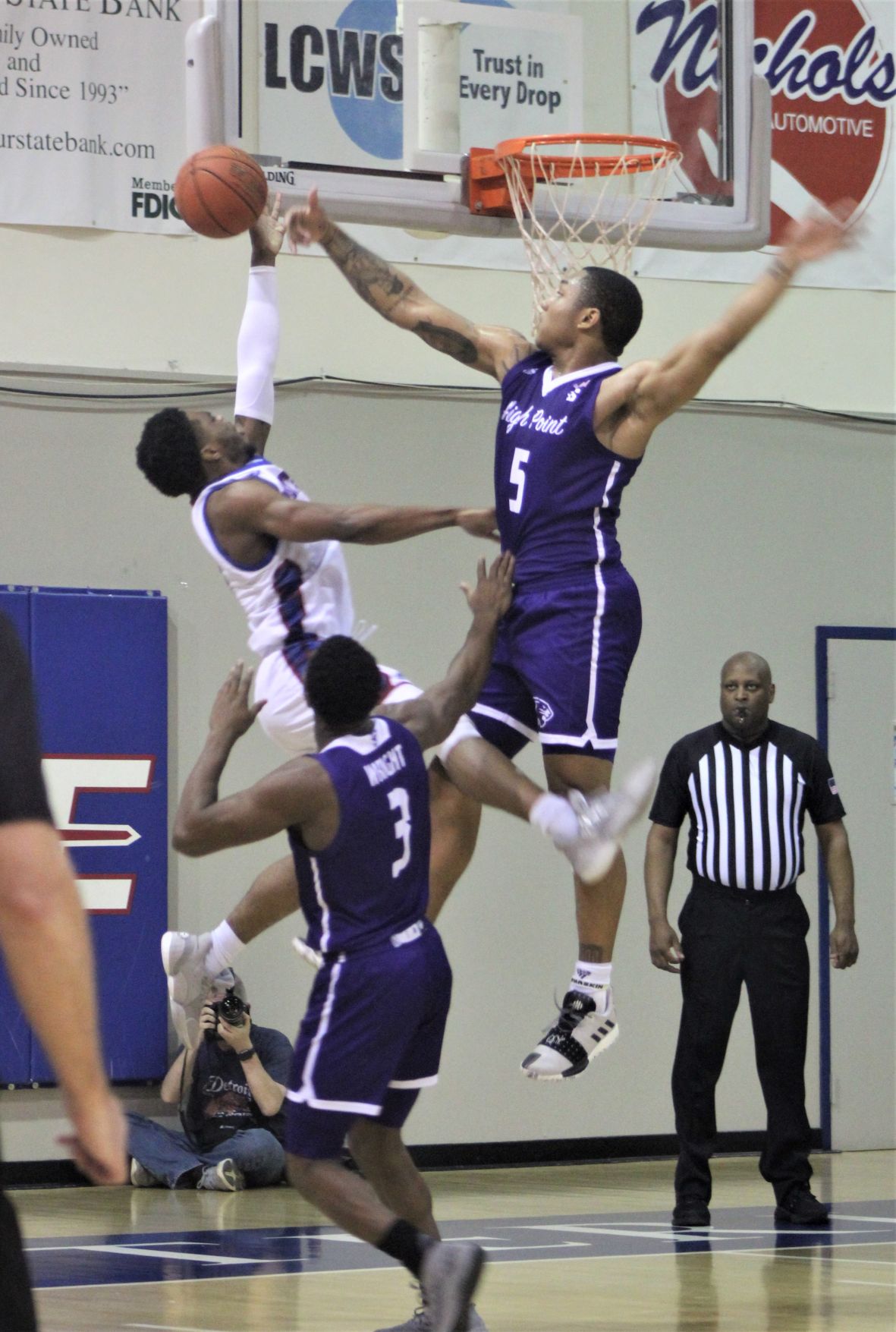 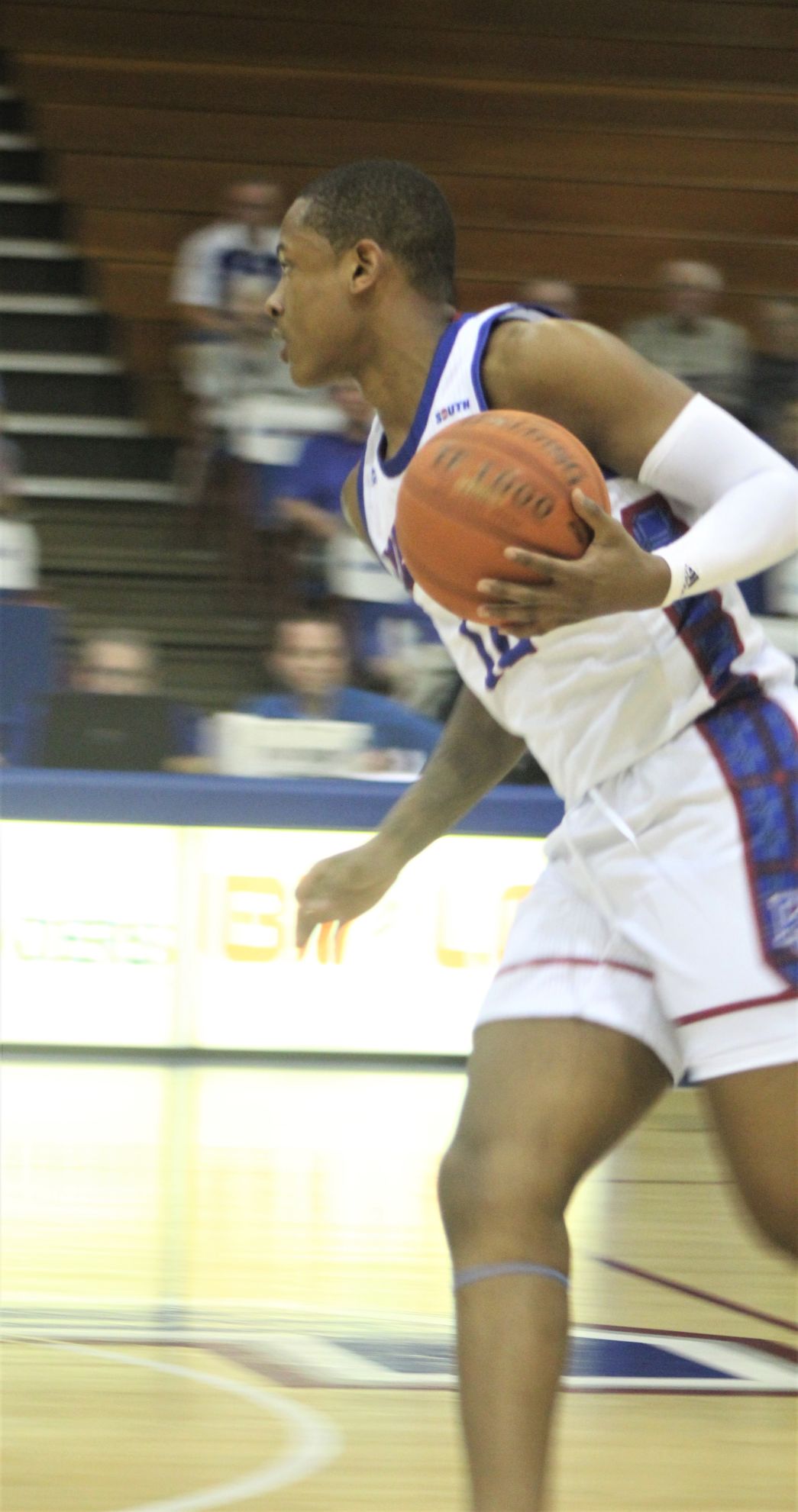 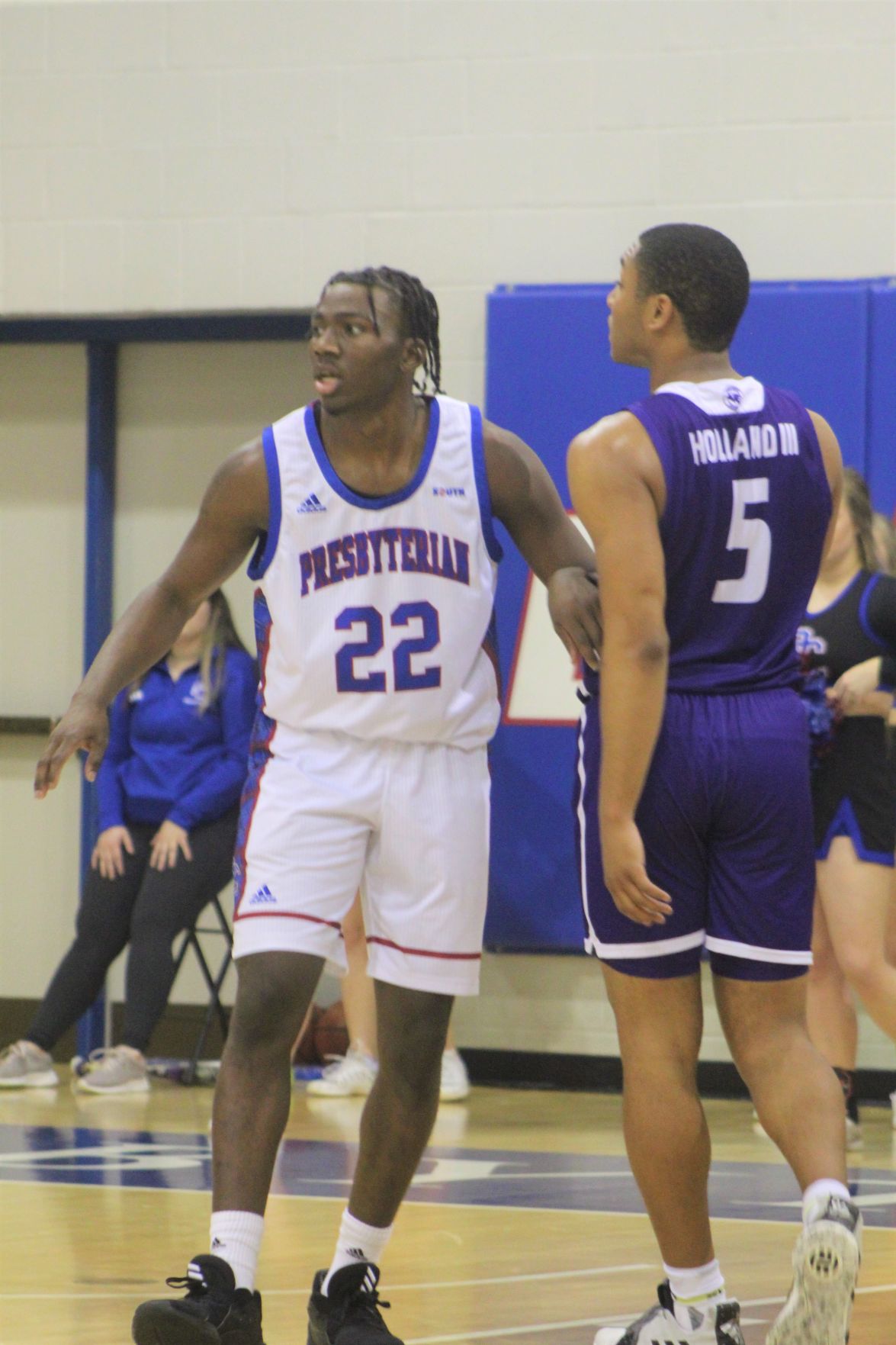 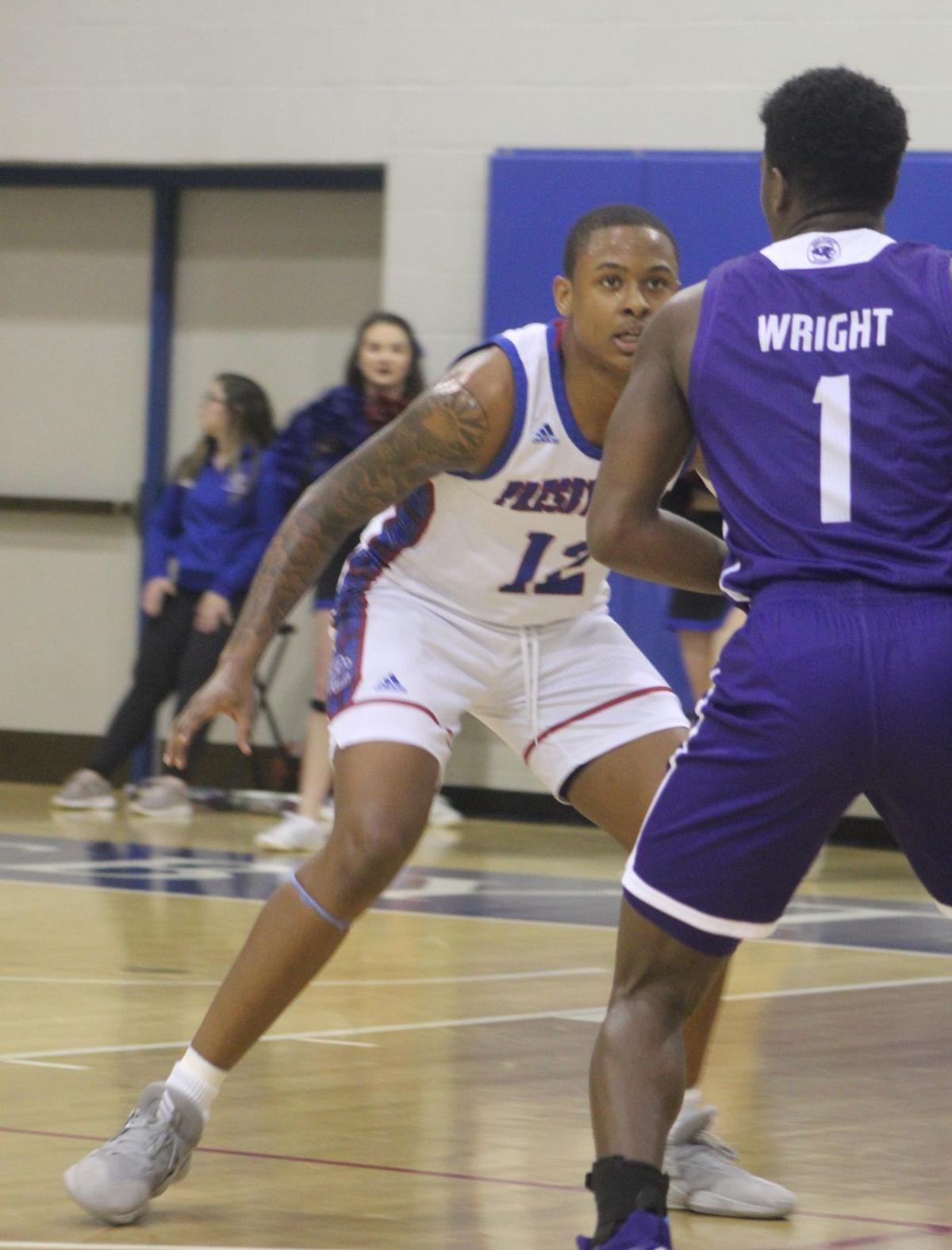 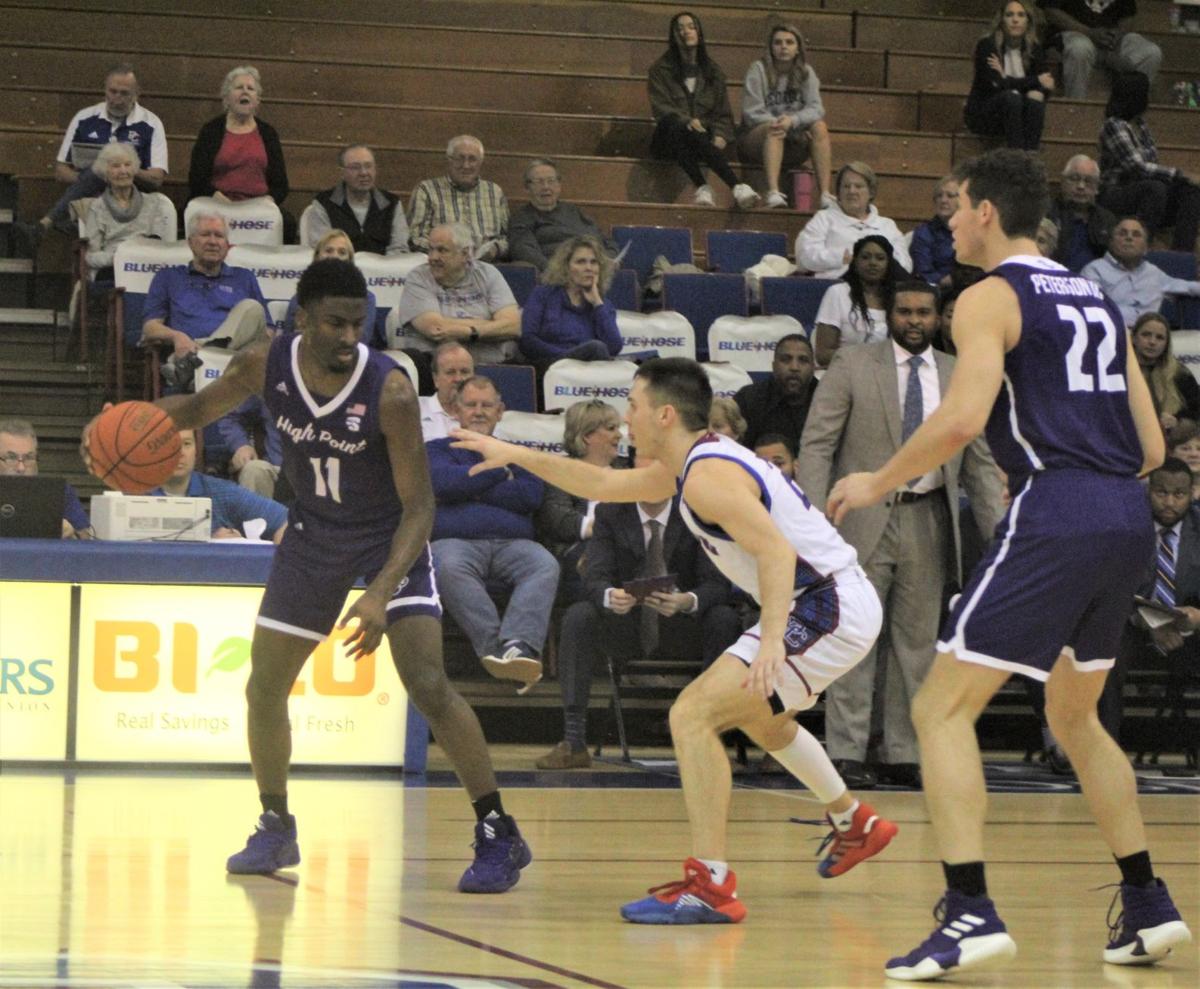 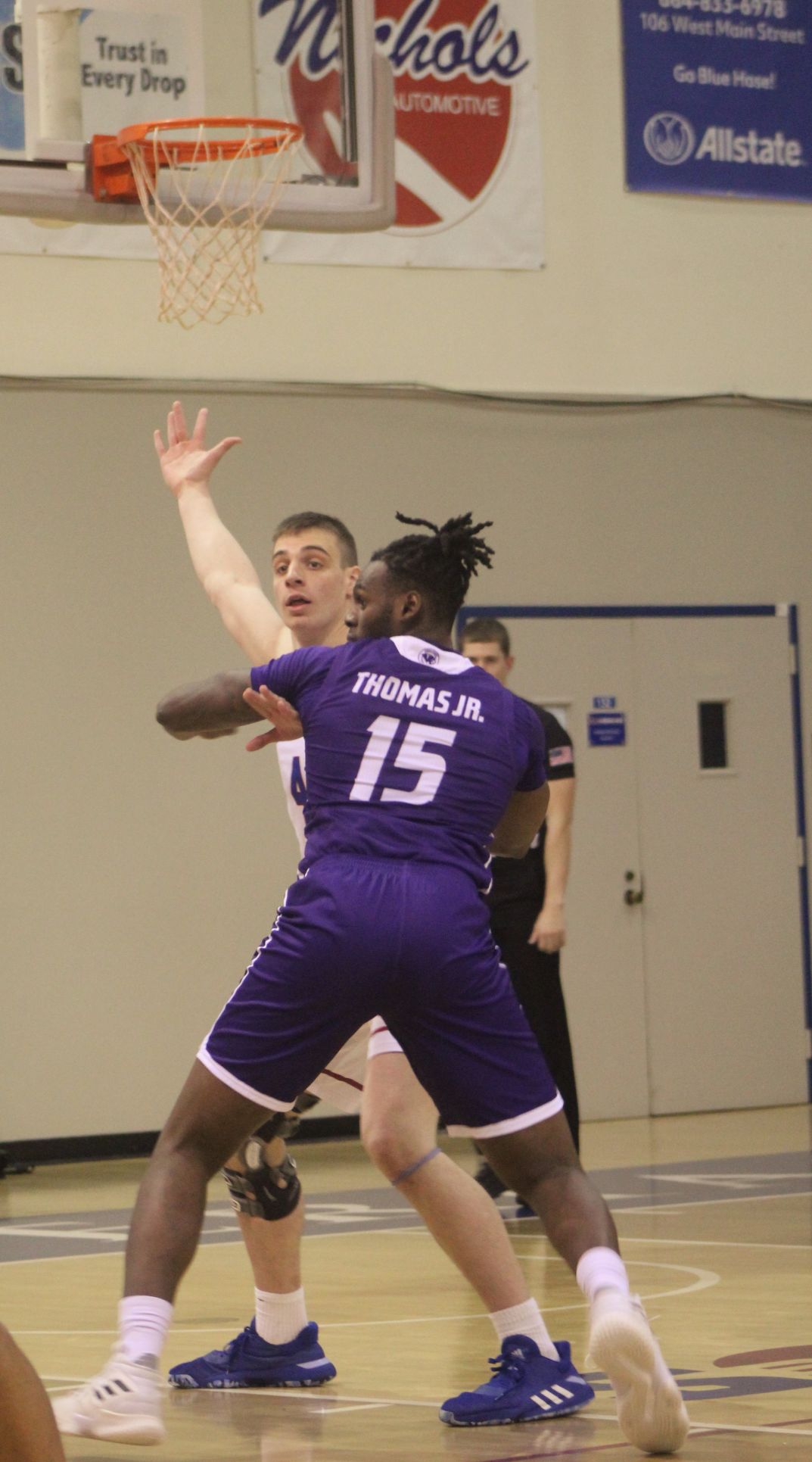 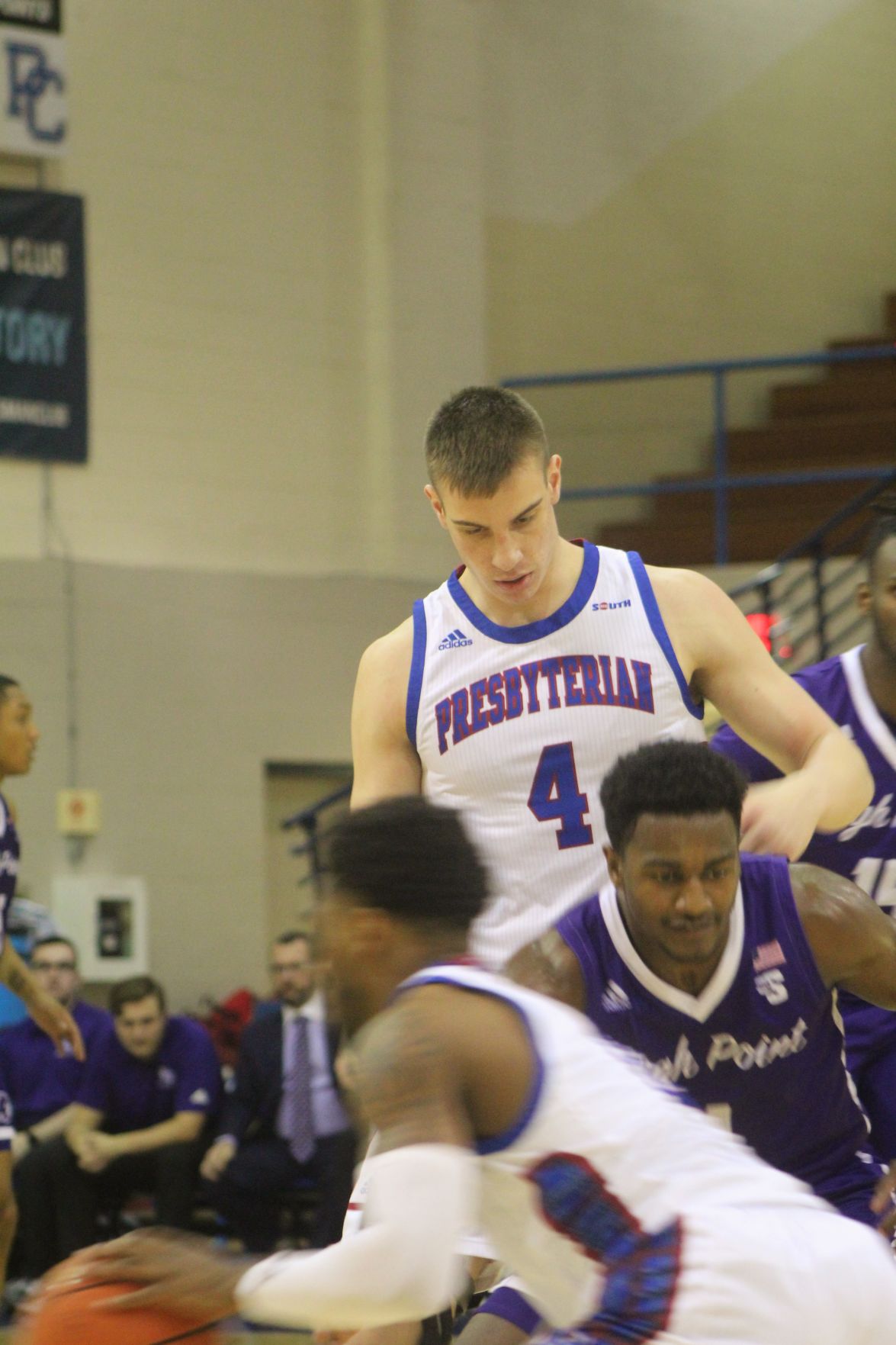 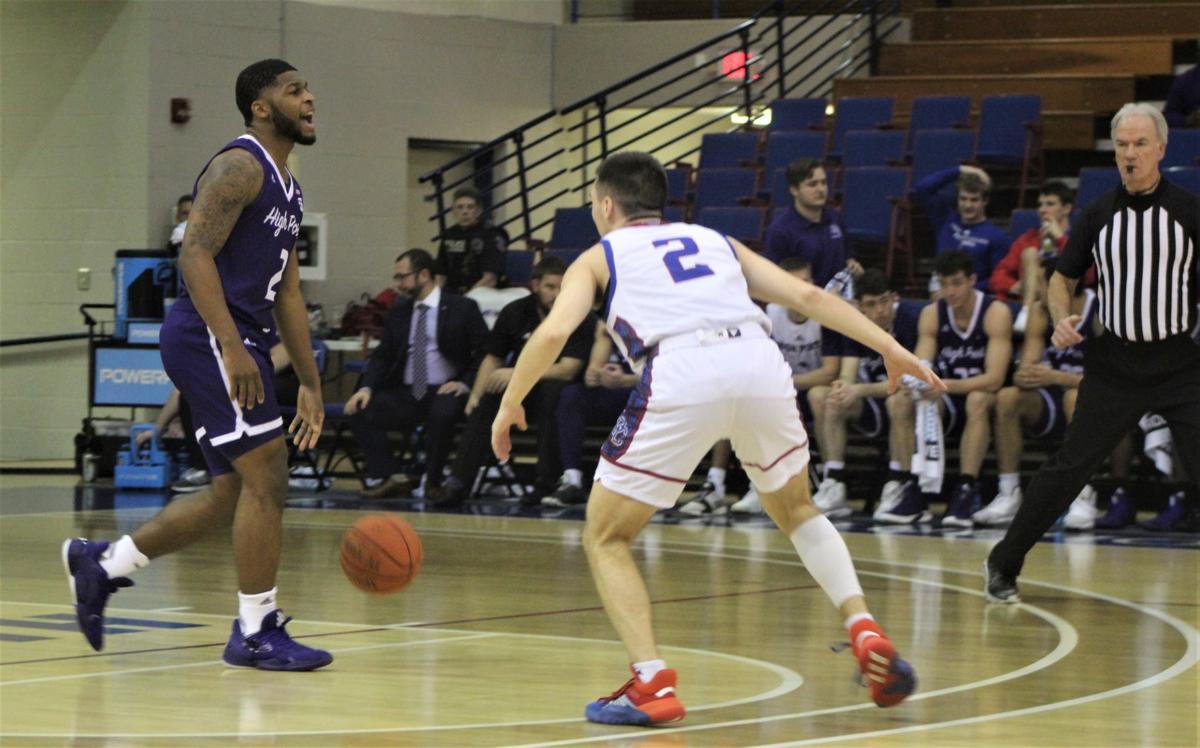 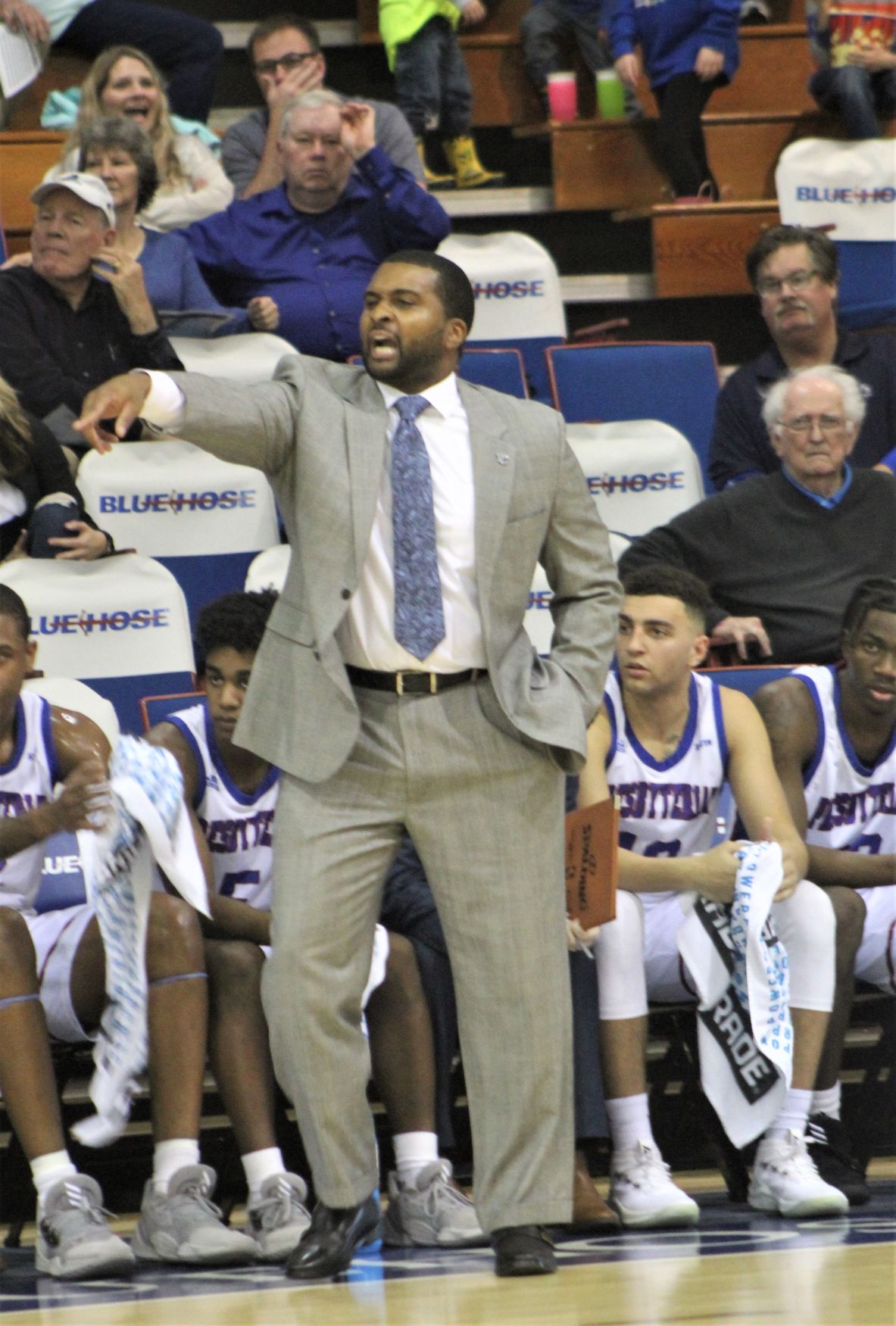 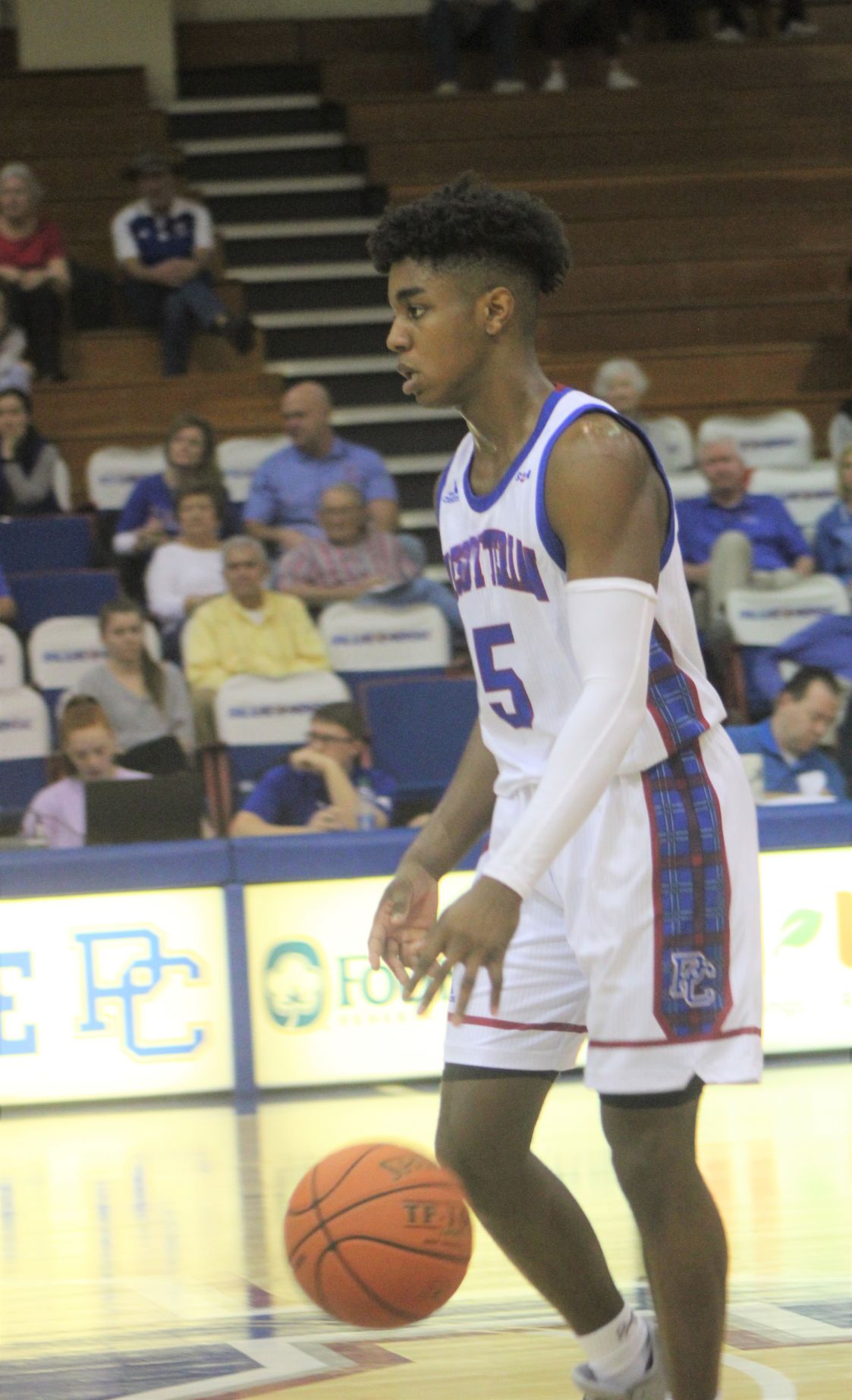 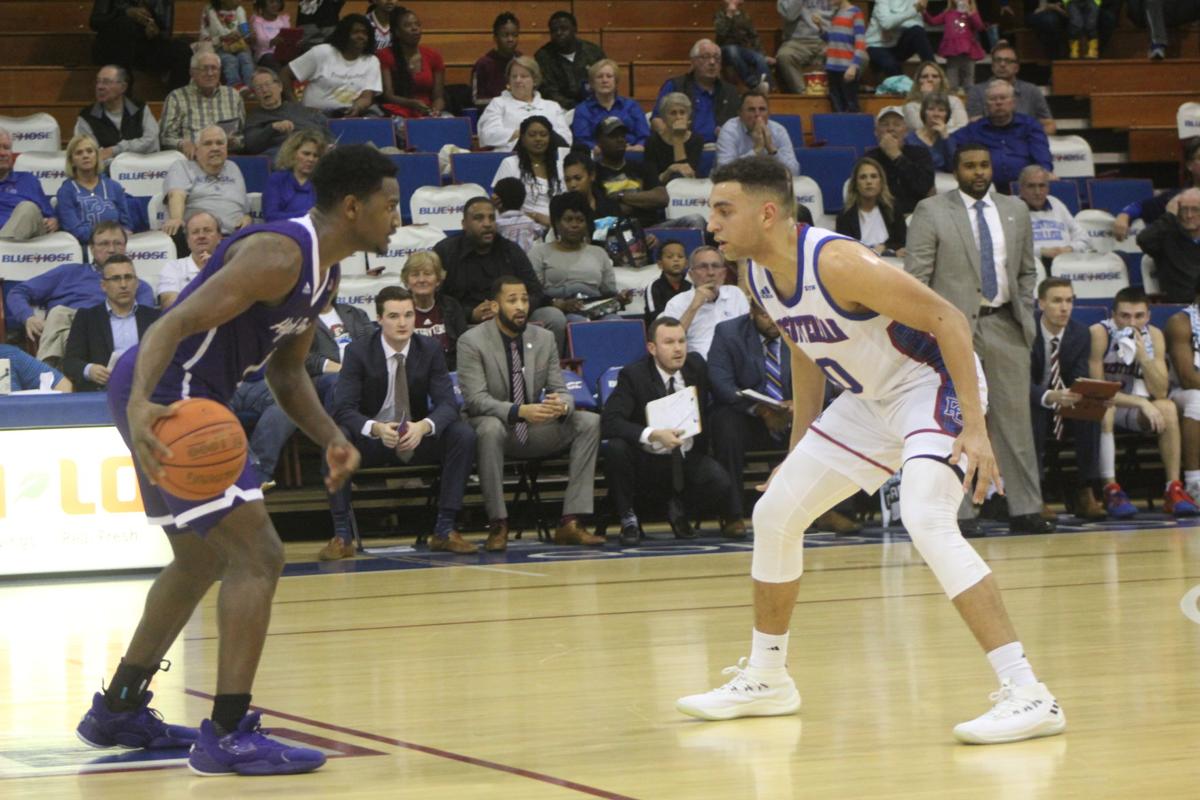 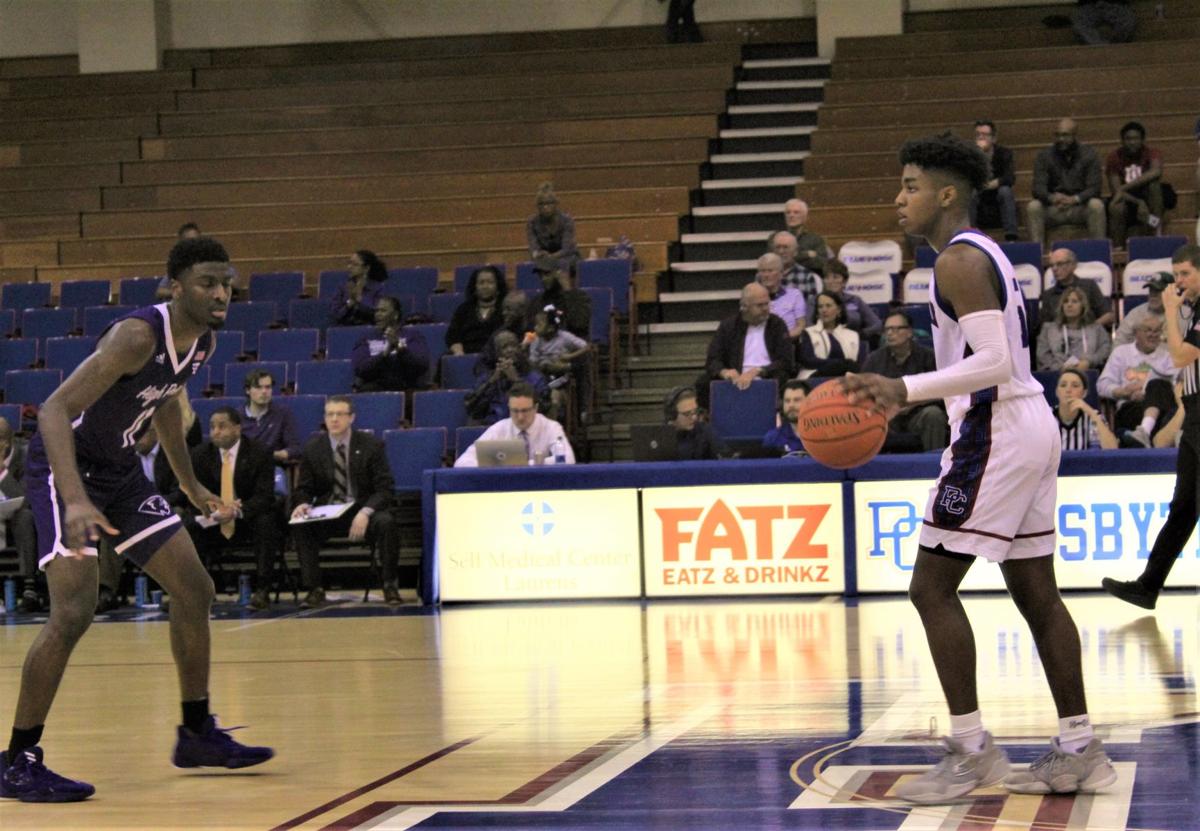 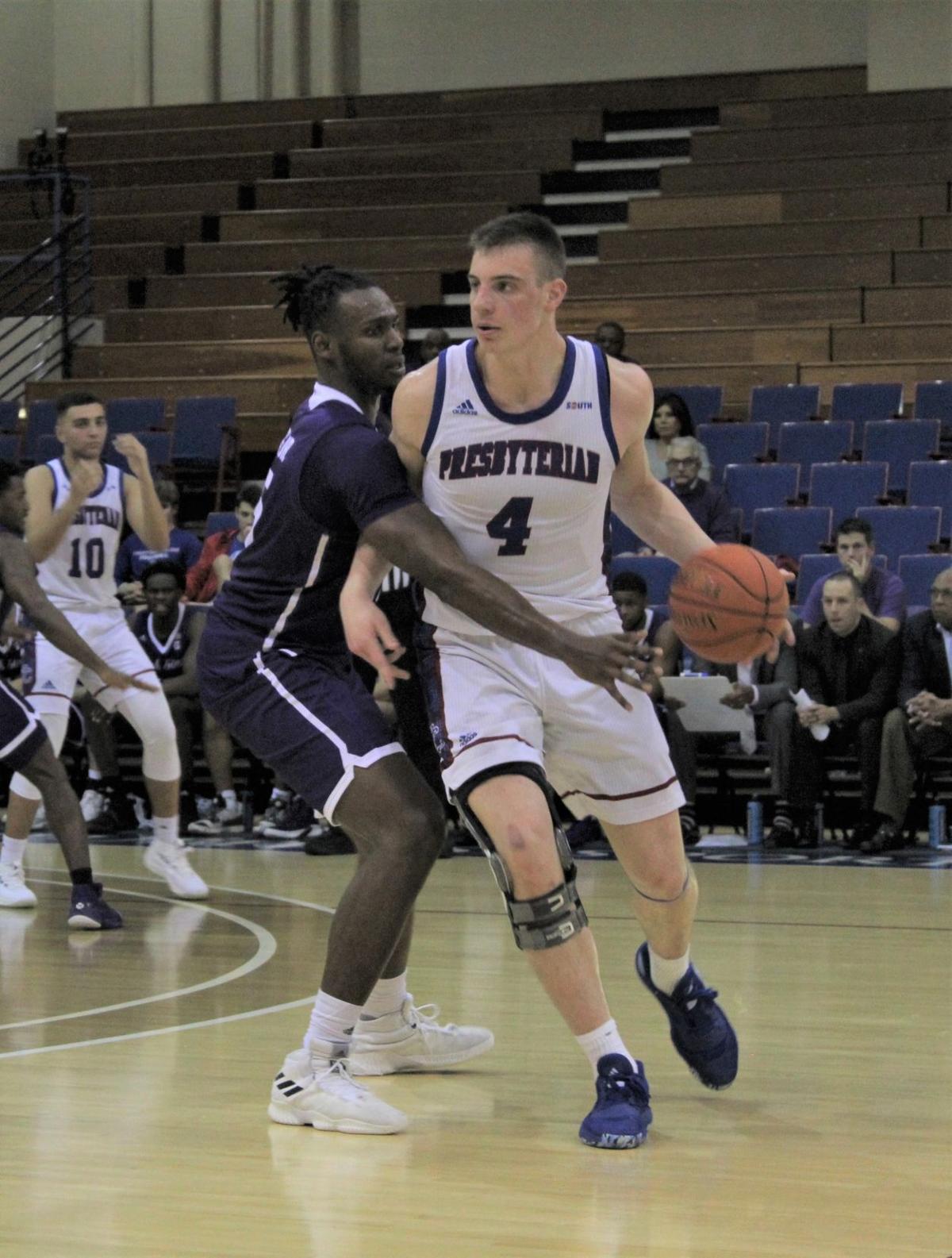 Presbyterian College’s first-year head coach, Quinton Ferrell, went up against Tubby Smith, a veteran of 28 years, and the Blue Hose dominated the second half against High Point, winning, 77-62, on Saturday afternoon at Templeton Center.

The PC men shot over 50 percent in the second half and broke open a 5-point game at intermission, hitting six 3-pointers in the final 20 minutes.

Zeb Graham led four Blue Hose in double figures with a career-high 19 points, followed by J.C. Younger with 15. PC has now won four in a row, the second most in its Division I history.

High Point used three 3-pointers to help build a 6-point, 15-9, lead, with just under 11 minutes to go in the first half. While PC didn't hit its first basket until a Graham layup at the 9:28 mark, the Blue Hose connected on nine free throws to stay in the game. After the team's 10thfree throw and Graham’s basket, PC pulled within three.  The Panthers led, 31-26, at halftime.

The Blue Hose opened the second half with a 10-4 run to build an 11-point, 41-30 lead with 17:11 left.  HPU pulled to within five, but a Graham jumper and three points from Ben Drakeover the next two minutes put PC back on top by double-digits, 51-41, 8:18 remaining. A couple of free throws by High Point made it an 8-point game with under eight to play, but that would be as close as the Panthers got as an 11-3 PC run resulted in a 62-46 lead with 4:54 on the clock. Younger hit his third and fourth threes of the afternoon over the next minute to help the Blue Hose to an 18-point, 68-50 lead, The Blue Hose increased their lead to 20 off four unanswered late in the game.

PC has won four in a row, the longest winning streak since the 2017 season, when the team picked up five straight.

Smith, who won the 1998 national championship at Kentucky, is a graduate of High Point who is in his second season back where he started. Smith, 68, has headed the programs of Tulsa, Georgia, Kentucky, Minnesota, Texas Tech, Memphis and High Point.

Cory Hightower (13) and Sean Jenkins (11) joined Graham and Younger in double figures for the Blue Hose.