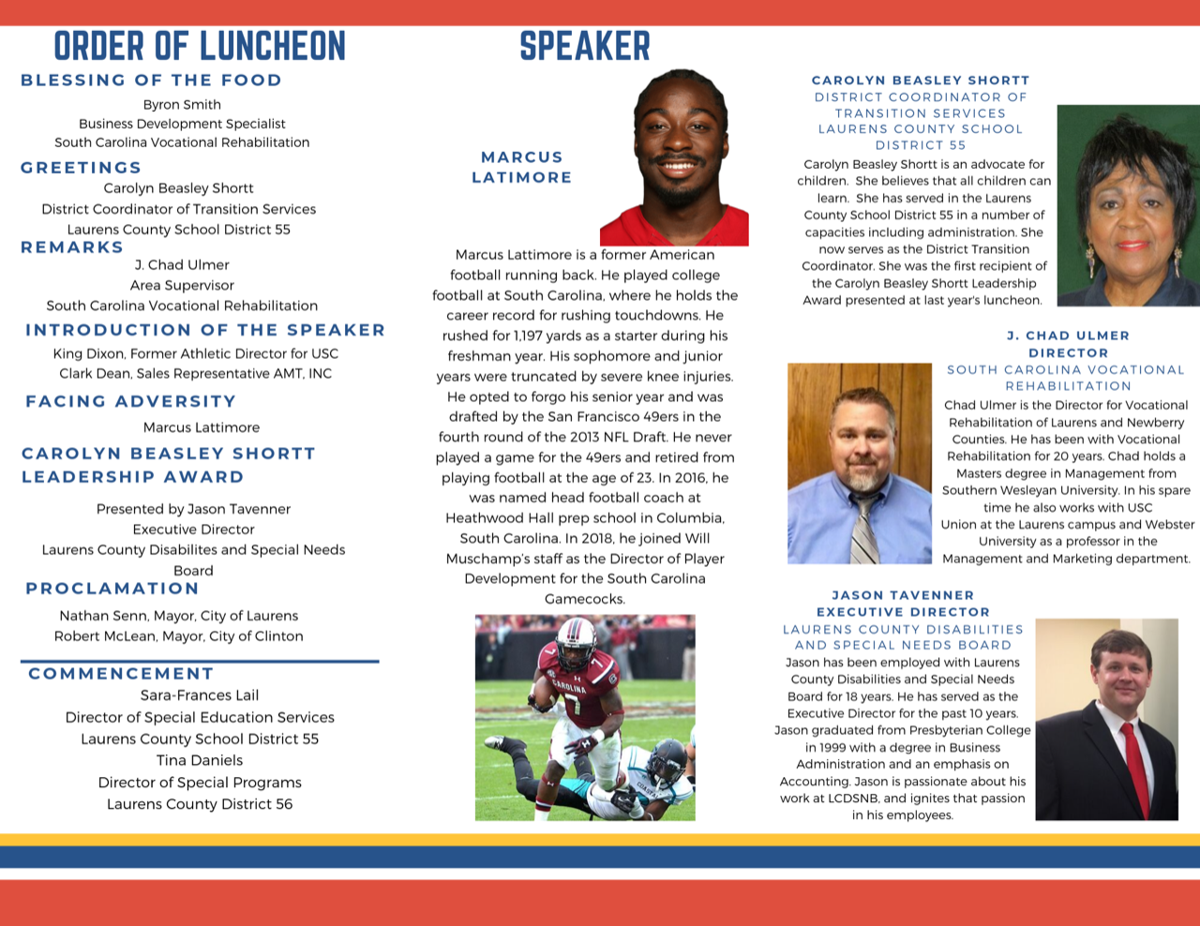 University of South Carolina football great Marcus Lattimore will be the speaker at a luncheon on Tuesday, held by the Laurens County Disabilities and Special Needs Board.

The Ridge at Laurens is the site of the Disability Employment Awareness Luncheon, which begins at 11:30 a.m.

Lattimore rushed for 1,197 yards as a freshman and set a school record for rushing touchdowns before knee injuries sidelined him during his sophomore and junior seasons. After he passed up his senior year, the San Francisco 49ers selected Lattimore in the fourth round of the 2013 NFL draft. Injuries prevented him from playing professionally, and his playing career ended at age 23.

He went on to coach high school football at Heathwood Hall Prep in Columbia. In 2018, he joined Will Muschamp’s staff as Director of Player Development for the Gamecocks.

Mayors Nathan Senn of Laurens and Robert McLean of Clinton will present proclamations.