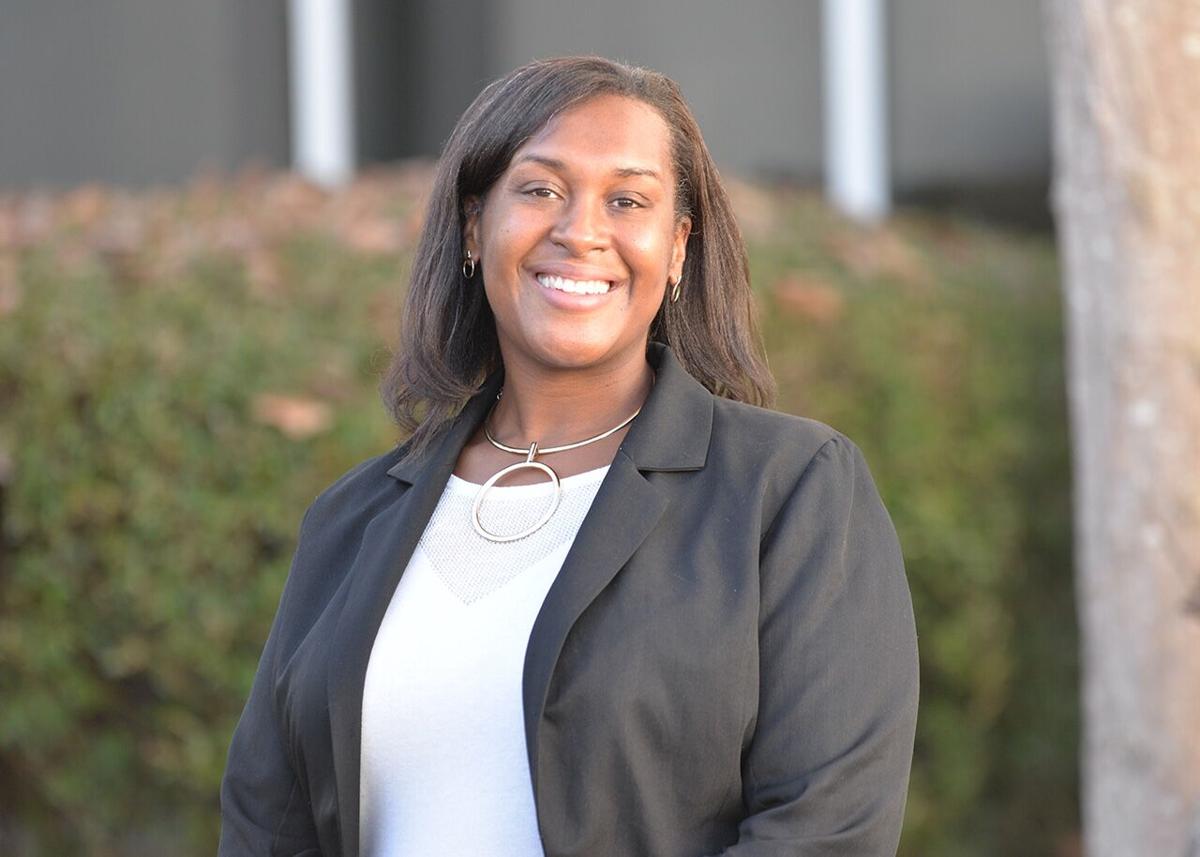 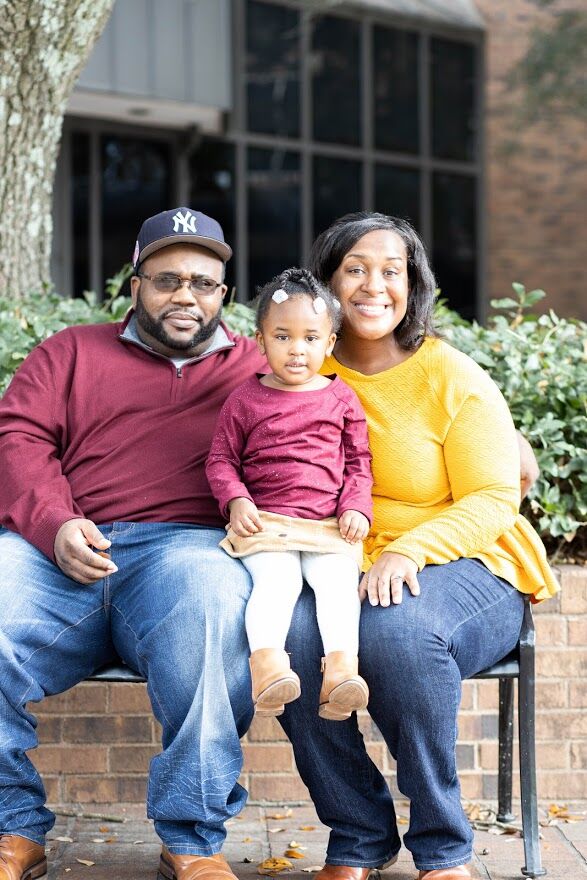 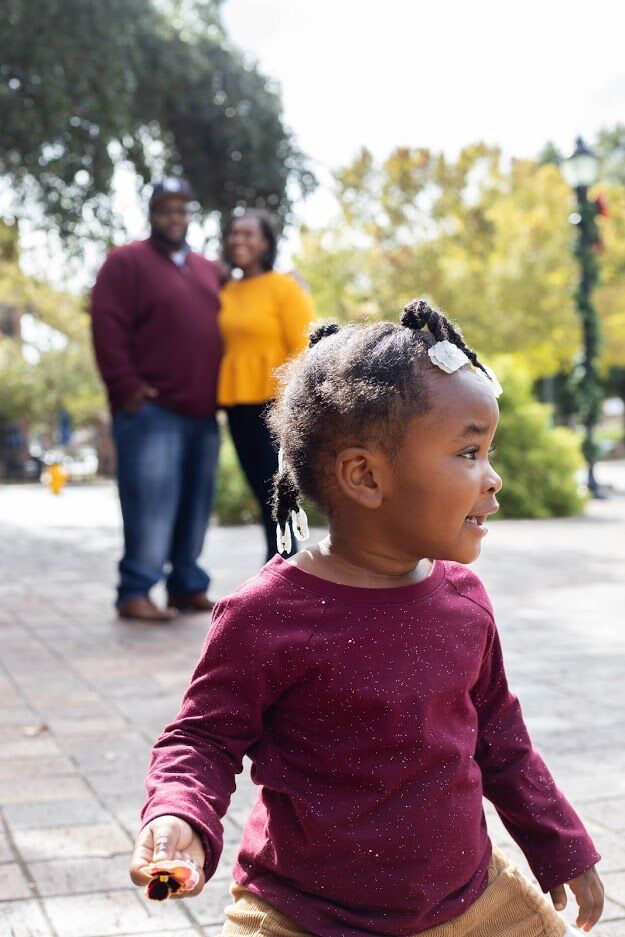 Like riding an infinity loop, Piedmont Technical College (PTC) Dual Enrollment (DE) Director Tameika Wideman is experiencing a bit of déjà vu now overseeing a program she herself participated in years ago as a teenager. While she may not have realized it at the time, that DE experience put her on a trajectory ultimately to a career in higher education.

“I took Dual Enrollment courses at Piedmont Tech when I was in high school,” she said. “I knew how impactful it was having college courses under my belt by the time I graduated high school.”

A native of Abbeville County, where much of her family still lives, Wideman attended K-12 schools in Greenwood. After high school, she attended the College of Charleston, where she earned a bachelor’s degree, majoring in psychology and business administration. From there, her career path took her to various locations, including Charlotte to work in banking and then Greenville, where she worked in advertising for the prominent Erwin Penland agency (now EP&Co.). That role had her constantly traveling to cities like New York and Boston. It was glamorous, but something was lacking.

“It wasn’t personally fulfilling,” she explained. “I felt like I was just climbing the corporate ladder.” One of her college instructors years ago had suggested she consider higher education, but she didn’t see it as a match at the time.

Wideman and her husband, Travis, had a strong desire to return to Greenwood. “I am connected to this area. We decided it was going to be our home, and home kept calling. Ready to take that big step, she applied to and was hired at Erskine College, a reasonable commute from Greenwood to Due West. Sometime later, she saw an opportunity to work in Student Records at PTC and decided to apply. Not only had she attended DE classes there, but her mother and husband both graduated from PTC.

“So I just gave it a shot,” Wideman said. As destiny would have it, she got the job. “I immediately fell in love with that work. It aligned with my analytical skills and my desire to work with people.”

What followed over the next several years were the birth of daughter Ellie, now 3, the addition of a master’s degree in organizational management from Charleston Southern University, as well as promotions to the position of college registrar and then to dual enrollment director — a new position she began in November. She had worked with the previous director, and given her own personal experience in DE, she felt an affinity for the work.

Starting a new position in the middle of an operations-altering pandemic presented challenges she had never encountered before, but Wideman is a problem-solver.

“I think COVID-19 for all of higher education has caused us to really shift and respond to something we could never see coming,” she said. “It was a big change for our high school students, too. Working with them, we have had to be flexible and accommodating. There have been a lot of adjustments, but we have been able to serve all of our DE students and deliver what they needed to be successful.”

Wideman acknowledged that DE students are eager to get back into the classroom, but they also are warming to online delivery of live instruction.

In the interim, as studies continue online or in hybrid form, the DE office at PTC continues to maintain relationships with its high school partners and keeping abreast of developments in the school district and community. That outreach part of Wideman’s new job is especially exciting.

“In this role, I am able to get out into the community and visit county campus sites and classroom settings,” she said.

In fact, Wideman recently escorted some DE counselors and students from McCormick County on tours of various departments on the Greenwood campus, including the recently completed William H. “Billy” O’Dell Center for Manufacturing Excellence.

“It’s really nice to see what we have to offer and showcase to our partners,” she said. “It makes what we are doing here administratively come to life. … You know, it can be difficult to understand the value in some of our programs. You hear about mechatronics and welding and HVAC, but until you actually see those programs in person, it’s very abstract. I could see the counselors on the tour make connections. They can see immediately how what our DE students are learning is going to be impactful.”

Wideman returned from the facilities tour in a kind of dream state. You might say the light bulbs were popping. Although her daughter is only 3, Wideman could easily envision Ellie learning in this environment, possibly following in her own steps through the Dual Enrollment program.

When she gets older, Wideman noted, Ellie could be a great candidate for school STEM (Science, Technology, Engineering and Mathematics) programs that are becoming increasingly popular, especially when promoted to girls. “She is a very tactile learner. I would love to see her go into a nontraditional area for females,” she said. “I would nurture that if she were interested.”