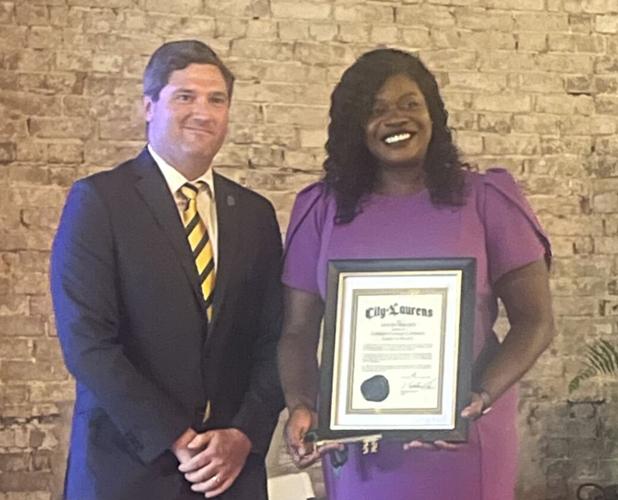 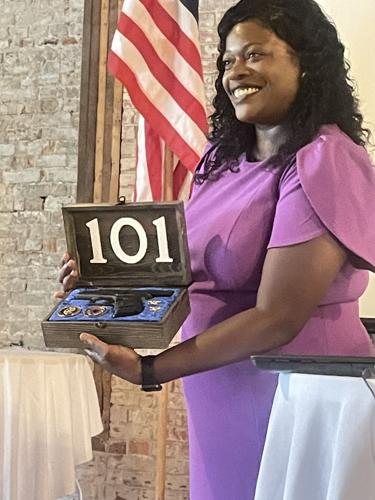 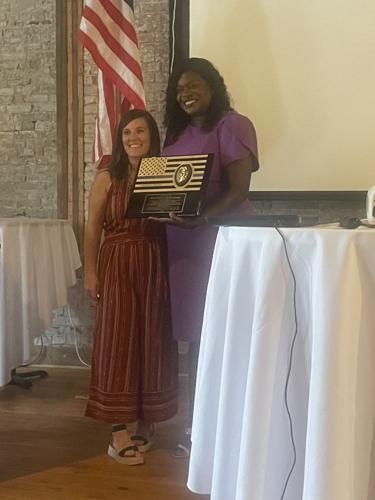 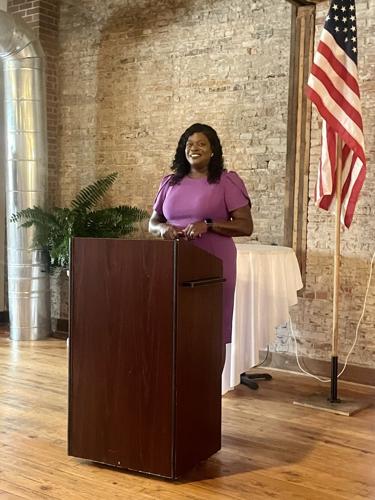 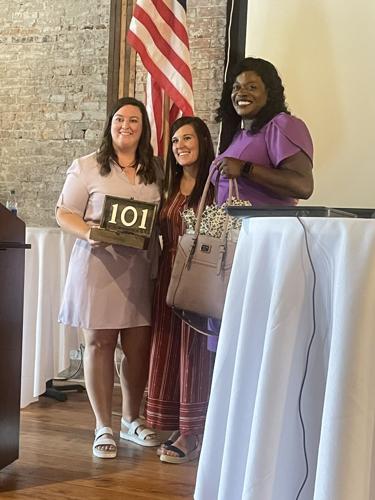 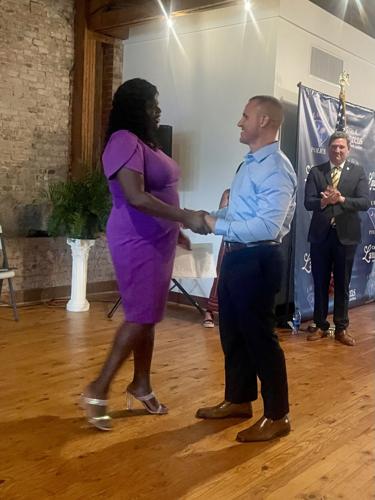 On August 3, the City of Laurens, along with the Laurens Police Department celebrated the career of Chief Chrissie Latimore.

Latimore is leaving her role with the Laurens Police Department to take on the role as a new United States Marshal for the state of South Carolina. A position that is appointed by President Joe Biden.

Mayor Senn presented Latimore with a key to the City of Laurens.

“The City of Laurens Police Department should be proud that it has produced a leader who has shown such remarkable ability that she was nominated for high office by none other than the President of the United States,” said Senn.

Latimore’s career began in Laurens and has continued for 22 years.

Chief Ledda spoke about an event he and Latimore attended, both as police chiefs. While at the event, Ledda explained that he was trying to introduce Latimore to the other attendees when they began telling him that they knew her from her days working with SLED.

Captain Scott Franklin, Captain Dillon Sherfield, and Captain Heath Copeland all spoke about their experiences working with and working for Chief Latimore. All three praised her leadership skills and how she encouraged all those around her to become better leaders themselves.

Latimore was presented with a plaque honoring her years of service that included her Laurens Police Department badge. She was also presented with a gun case with the number 101 on the inside lid.