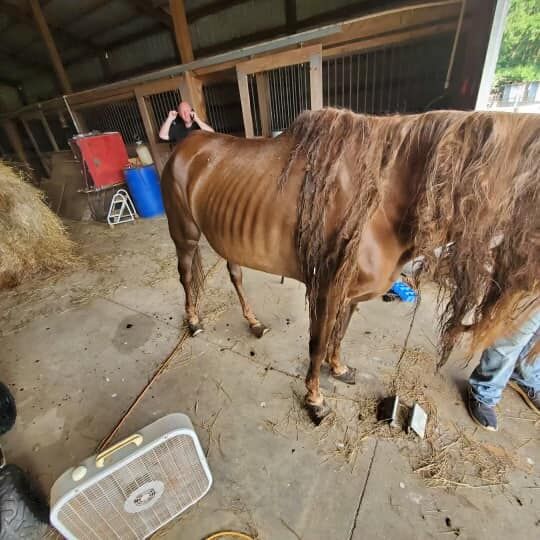 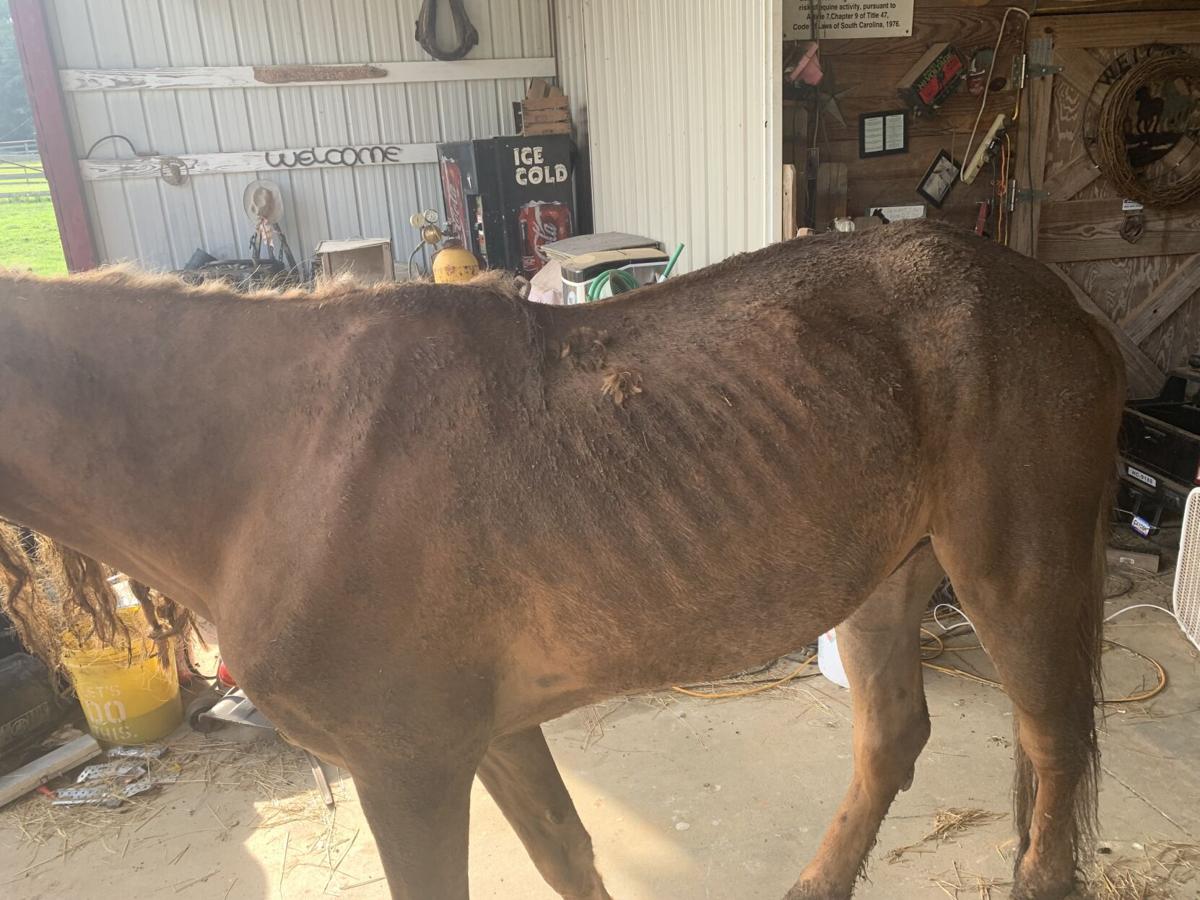 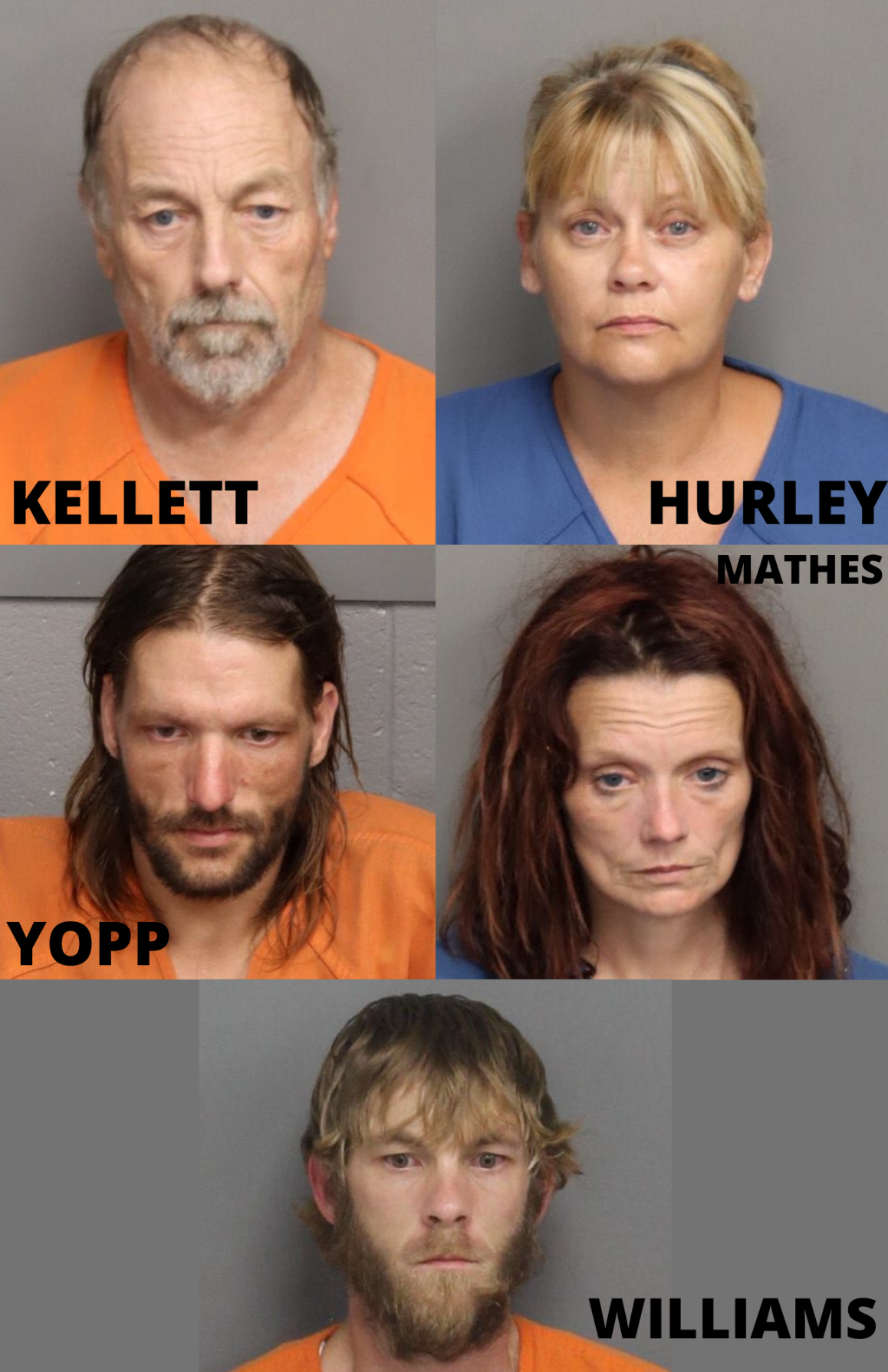 Laurens County Animal Control responded to Hope Road in Gray Court On July 16 at approximately 2PM, in reference to checking the condition of horses.

Animal Control deputies observed multiple malnourished horses without access to water or food. Many had severely overgrown hooves and their teeth were in poor condition.

There were hogs on the property that were underweight with no water or food present. Rabbits, hens, and dogs were also observed to have no access to water. Many roosters were tethered to the ground by leashes with no access to water.

A large barrel containing multiple deceased chickens was discovered, as well as dead chickens allowed to decay on top of a cage.

In total, over 400 animals were found on this property, to include 12 horses, 30 dogs, approximately 356 chickens, 4 hogs, 3 piglets, and 8 rabbits. In addition, many items located on the premises led investigators to believe there was a cockfighting operation being conducted.

Robert Milton Kellett III and Tina Messer Hurley, both of the home, were arrested without incident and charged with the following:

Kellett is also being charged with Criminal Conspiracy for his involvement in the cockfighting.

Jeffery Justice Dale Williams, of the home, is currently in the custody of Spartanburg County and will be charged with:

Heidi Tenille Mathes and Jacky Dean Yopp Jr. of Enoree were arrested and both charged with Distribution of Meth.

This case required an extensive and thorough investigation, according to the LCSO. The Laurens County Sheriff’s Office worked with the Spartanburg County Sheriff’s Office, Charleston Animal Society, Anderson County PAWS, the Humane Society of the United States, and two private citizens in removing these animals from this property, evaluating them, and providing necessary care.