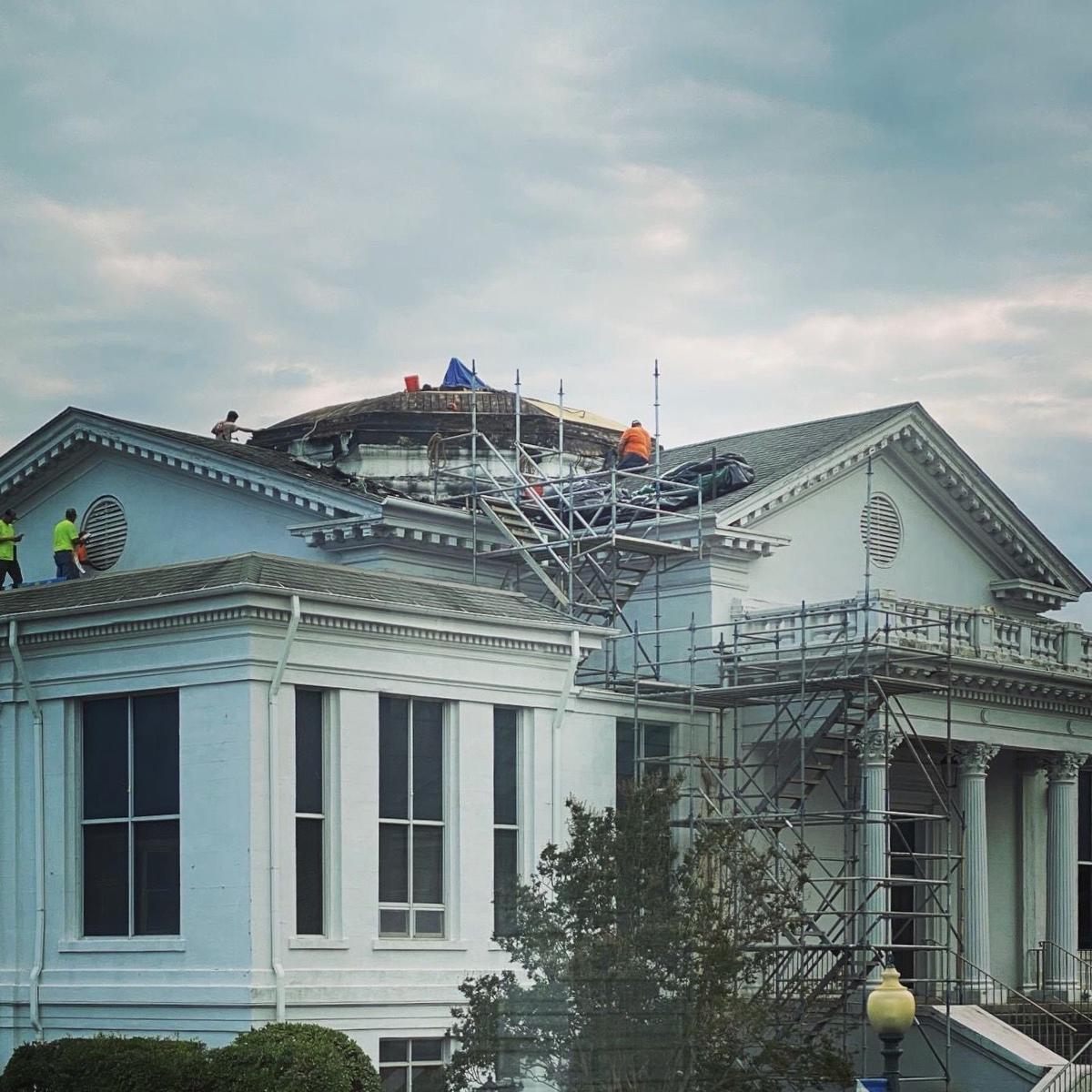 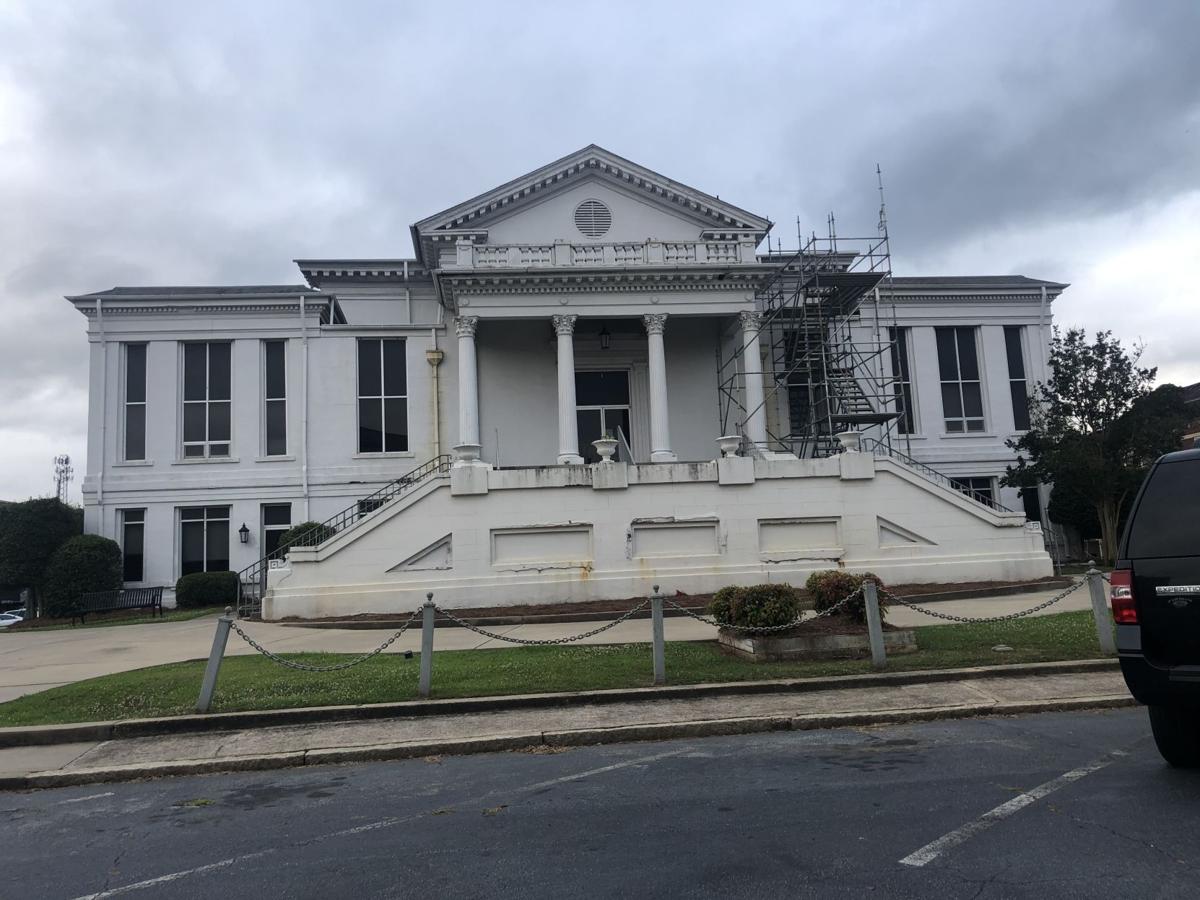 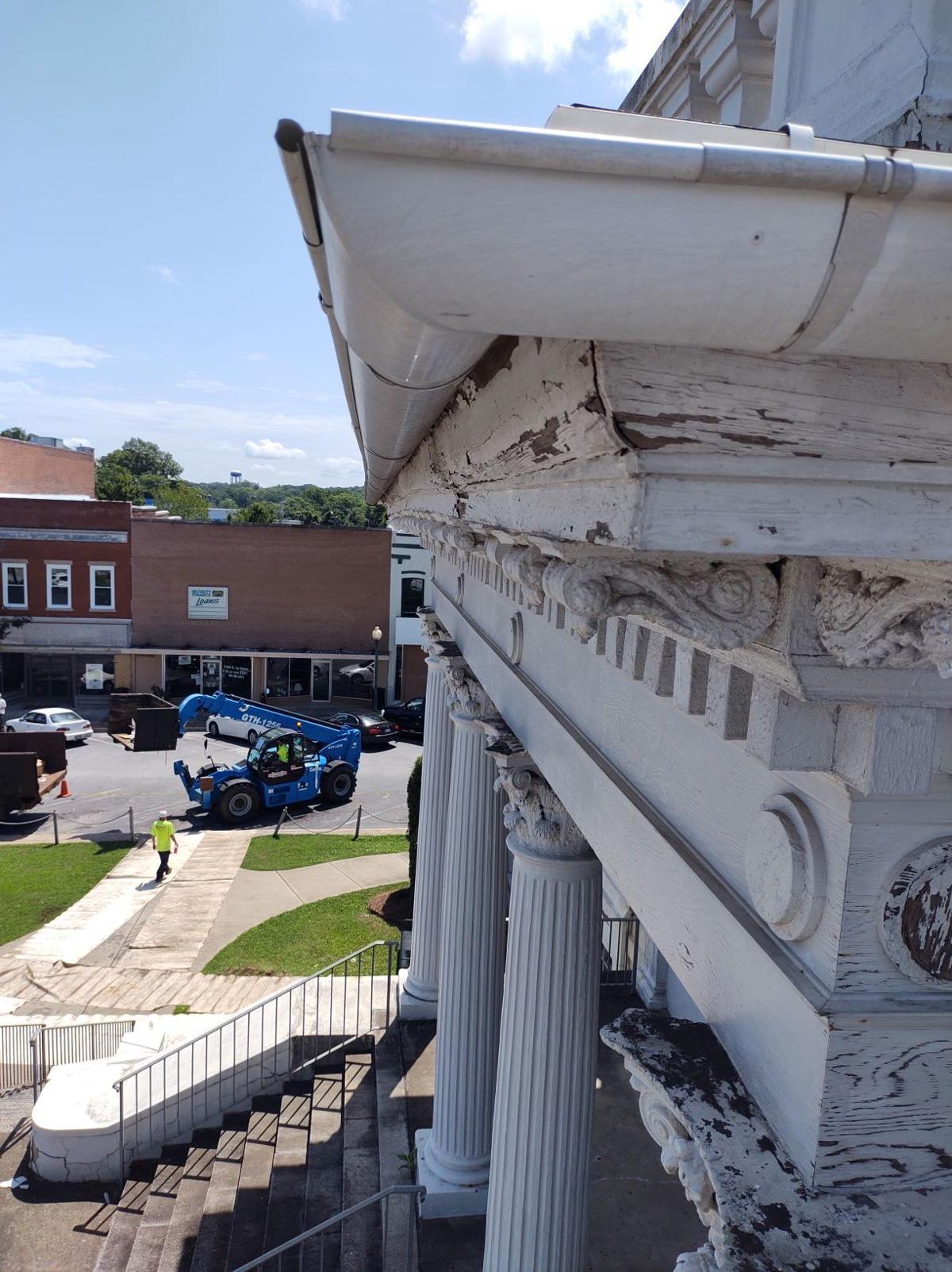 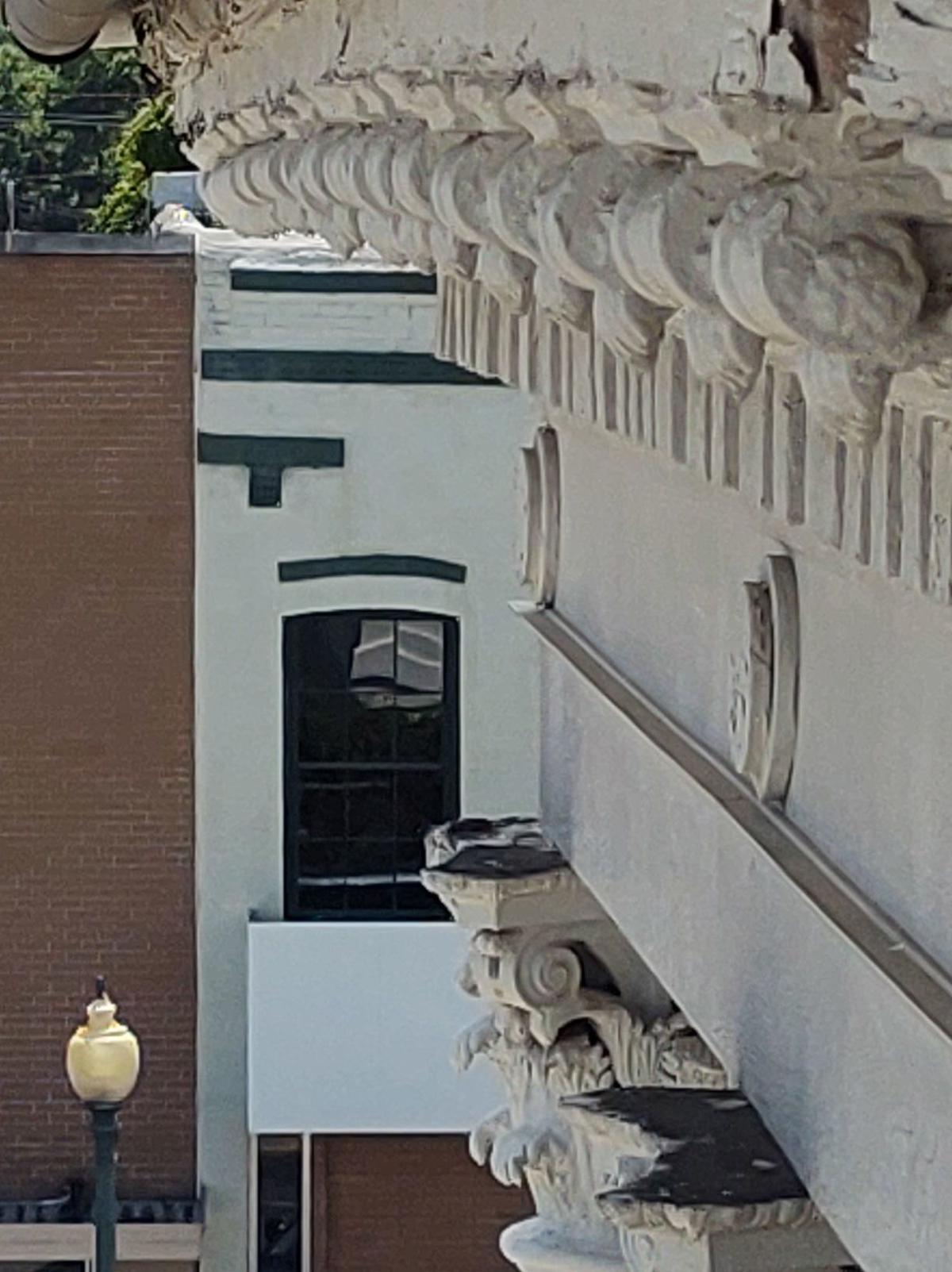 Laurens' Historic Courthouse is getting some much-needed updates.

The work that is going on now is part of a 3-phase plan to address the historic building.

According to Laurens County Administrator, Jon Caime, the dome was originally a rolled metal that was covered with a white foam when they did the major renovations in the 1970s. This eliminated all the beautiful handcrafted metalwork that was done 100 years ago.

The foam is leaking and birds have made holes that allowed them to enter into the building’s roof. By removing the foam, workers uncovered the original metal dome.

Lloyd’s Roofing won the contract for the phase 1 work. They have taken the dome re-creation on as a work of pride. While they were told that the metal dome could never be recreated, they did so, according to Caime. The first phase should be done in a few months.

The building is rapidly deteriorating. Caime stated that if the exterior is not redone soon, “extensive damage will take place and the cost to fix it will rise.”

Phase 2 will fix the exterior of the building and restore the historical beauty that was covered up and lost during the 1970s “remodel”.  The 1970s remodel “modernized” the look of the building but lost a lot of its historic, Greek Revival architecture.

Phase 2 is estimated at $2,500,000. This phase has been included in the Capital Sales Tax referendum.

Phase 3 will restore the interior of the building and will be a multimillion-dollar project. There are no plans to fund this part of the project other than the elevator according to Caime. The elevator will be funded with the Capital Sales Tax referendum.

According to Caime, if phase 2 is not funded by the Capital Sales Tax, they may not have a way to fund the work. “There are many other projects in the County that need funding and will probably take higher priority such as emergency services," he said.