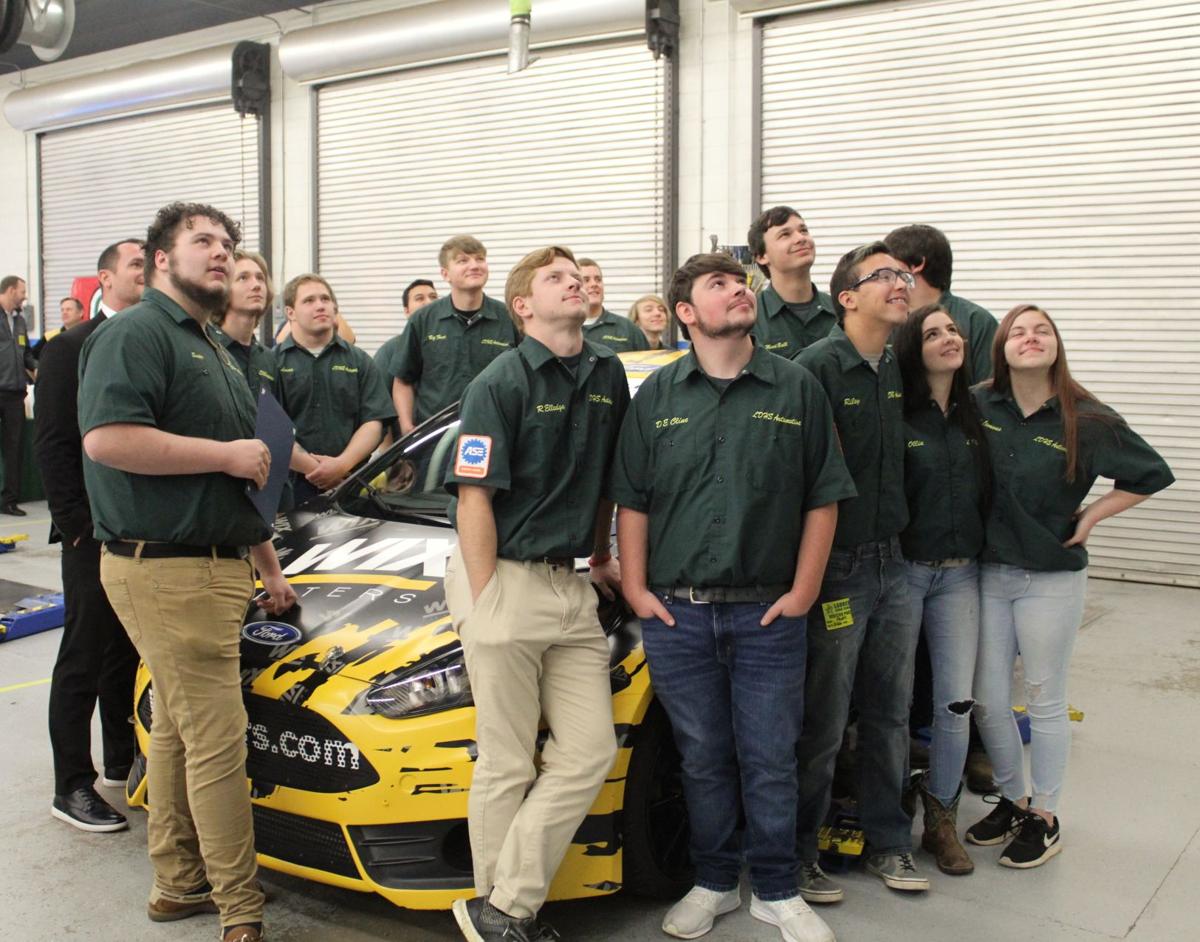 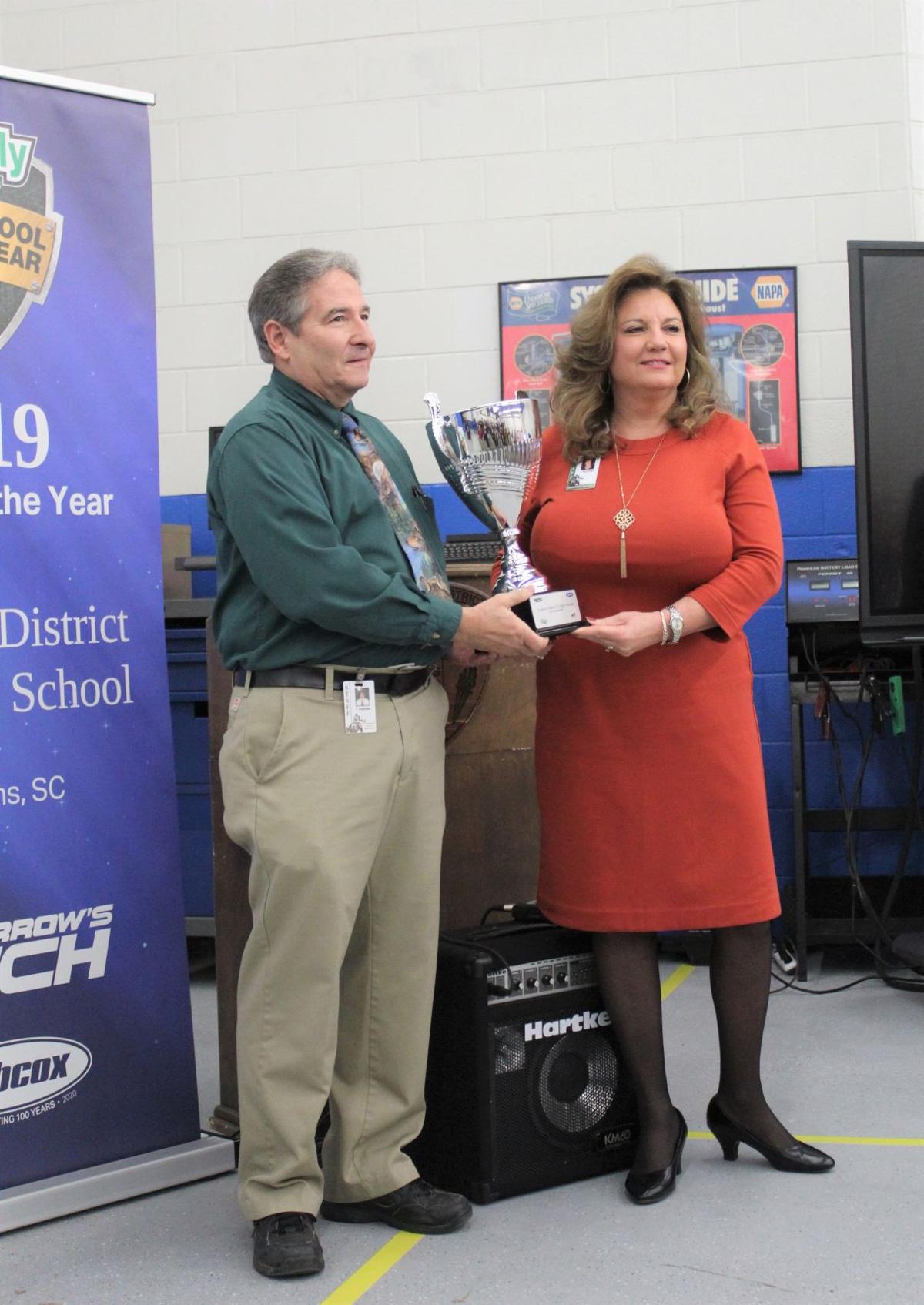 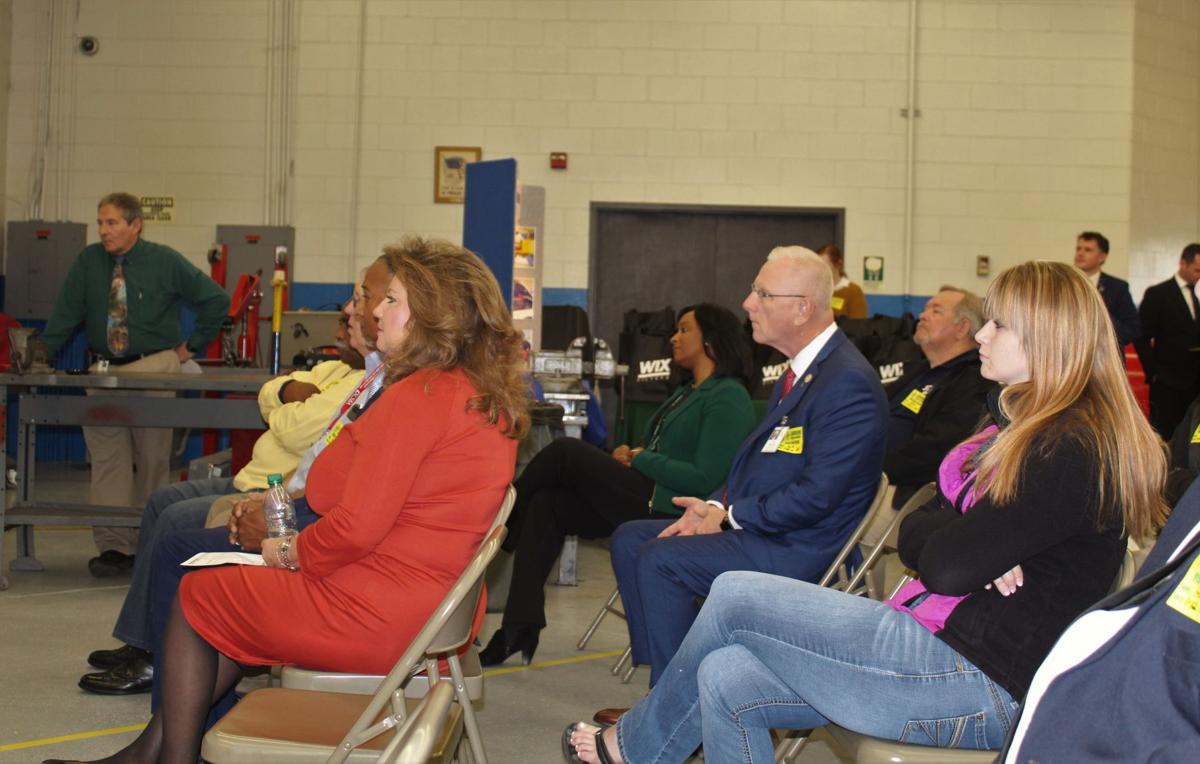 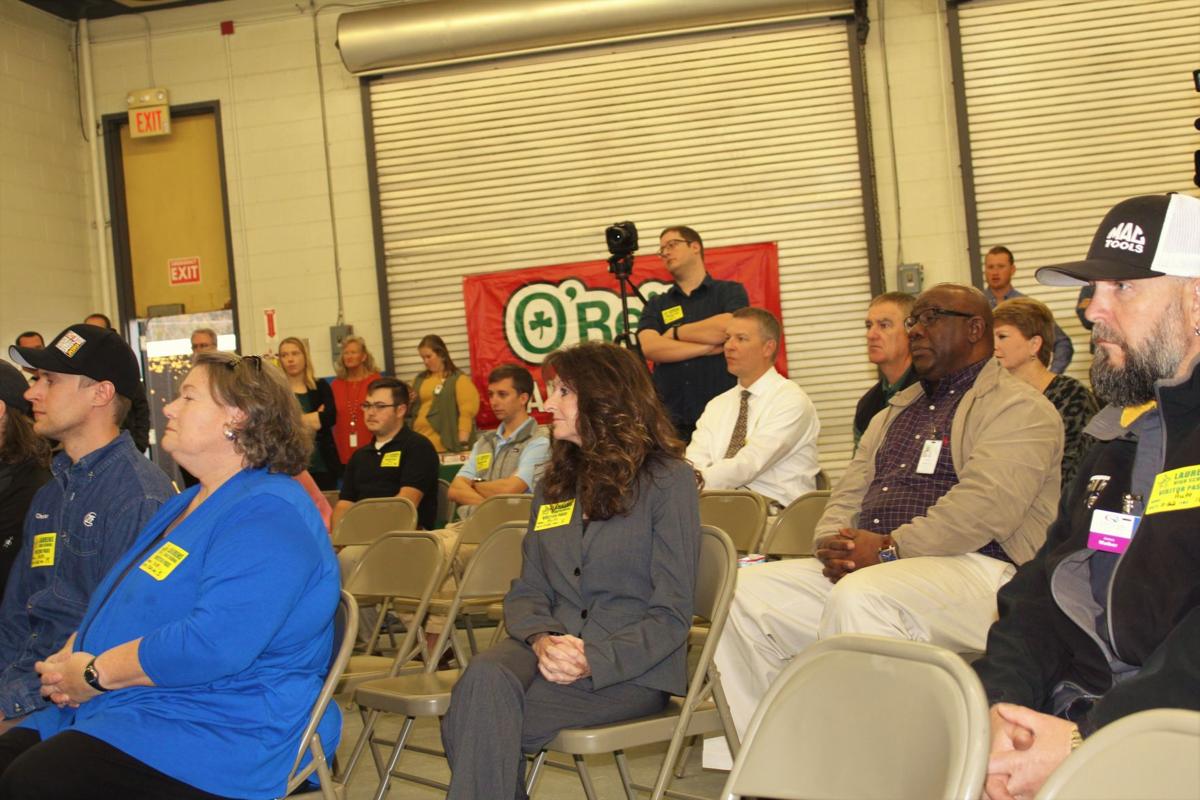 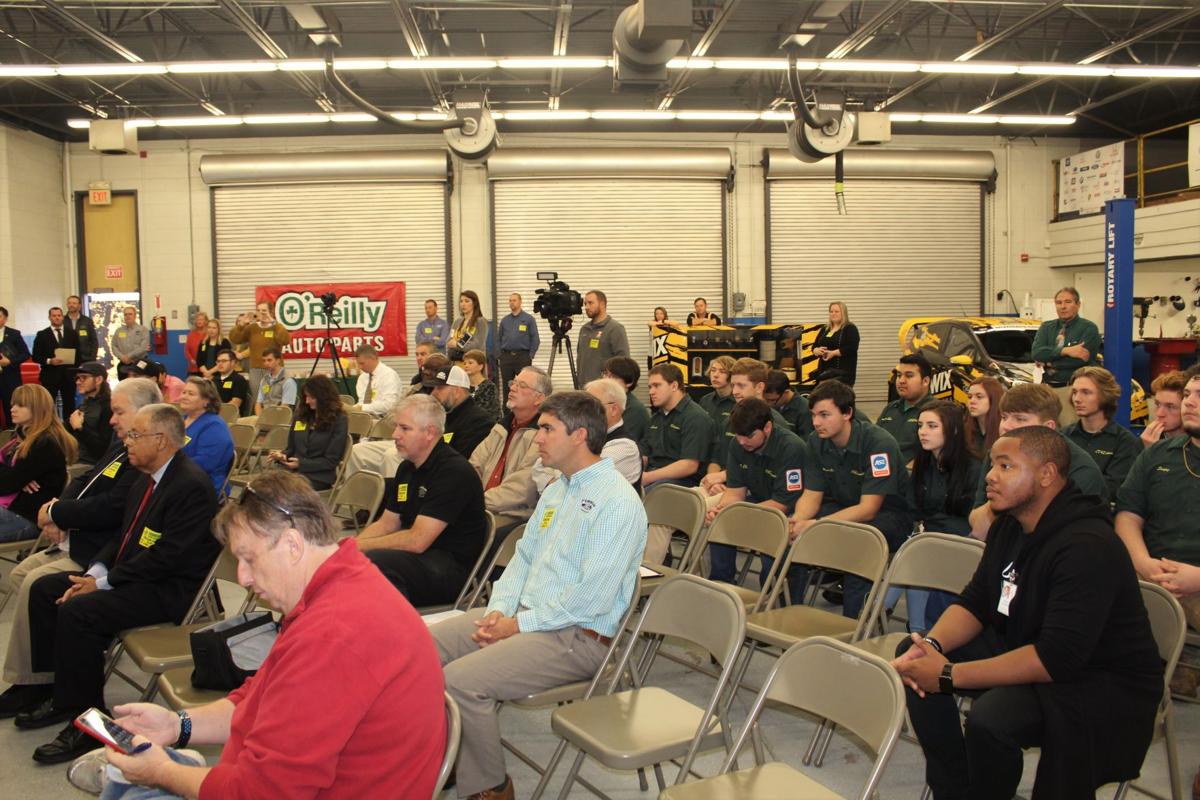 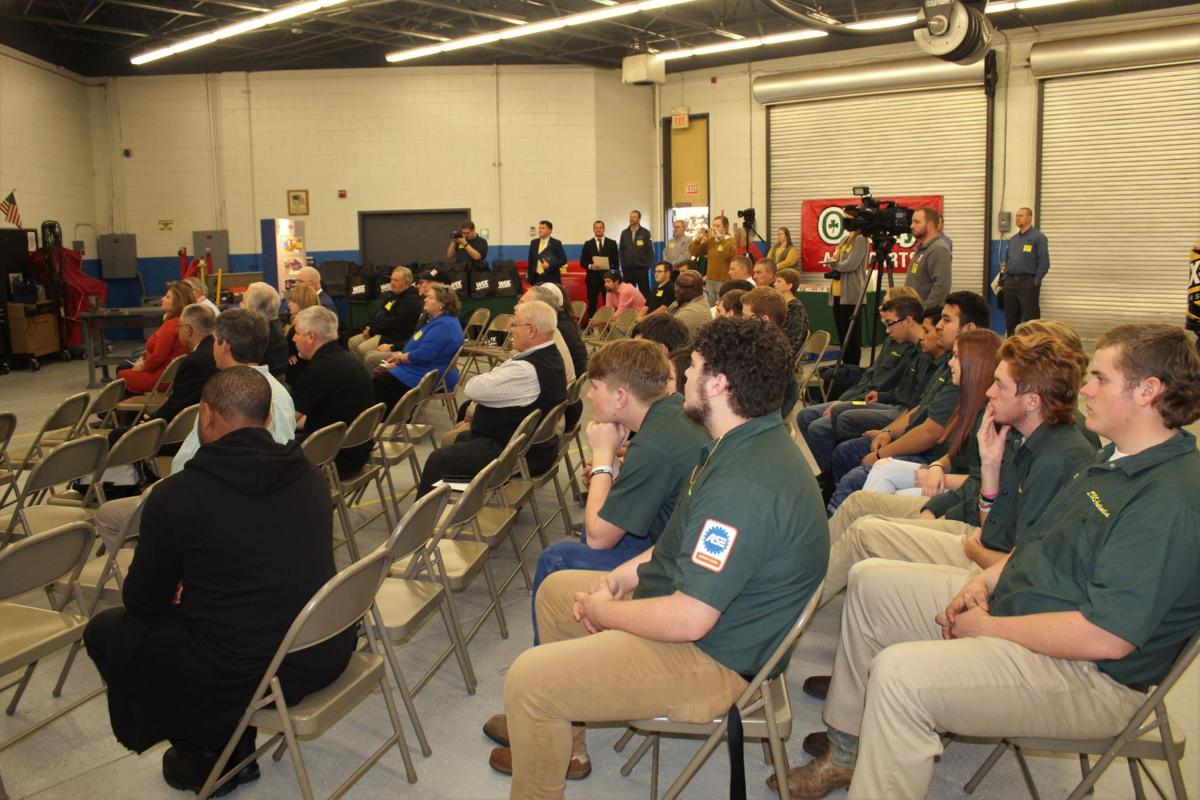 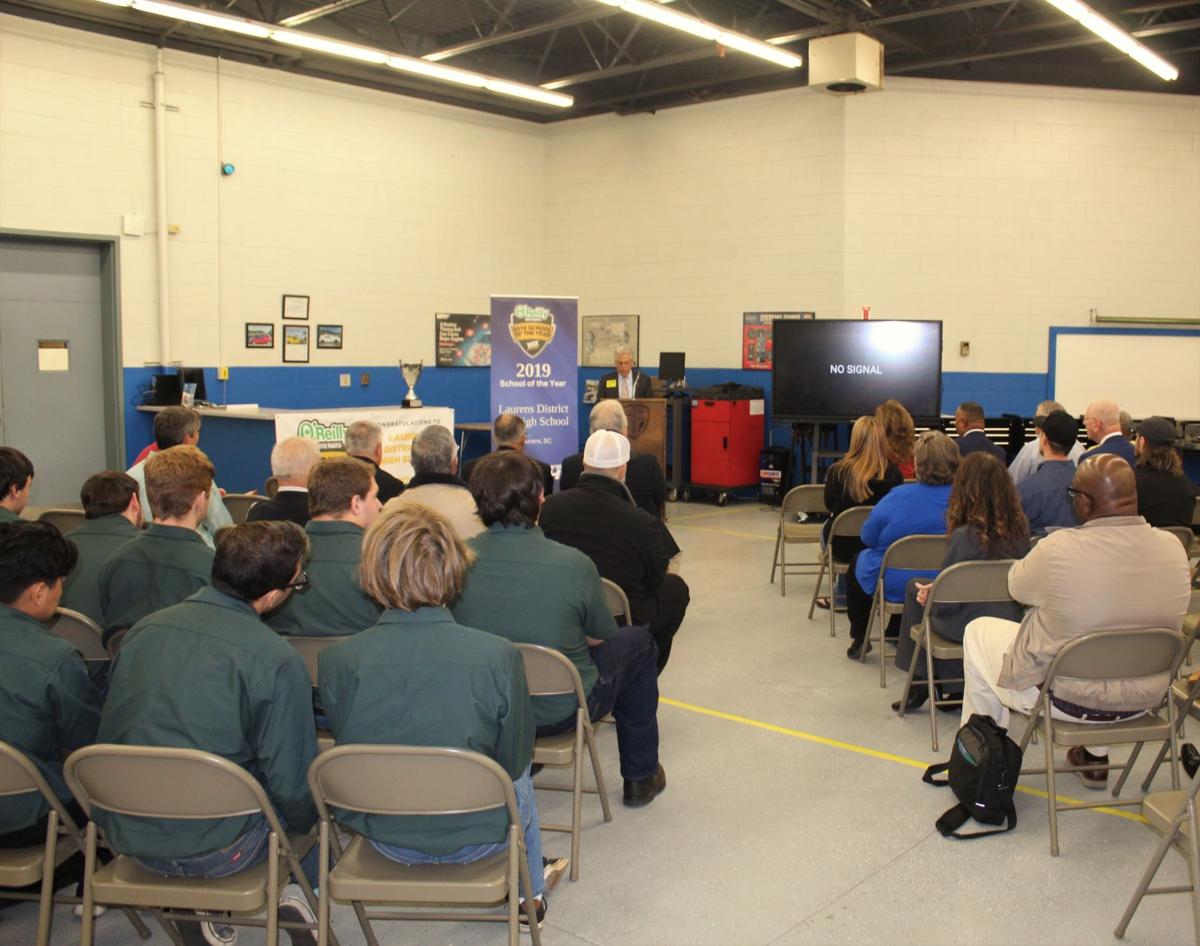 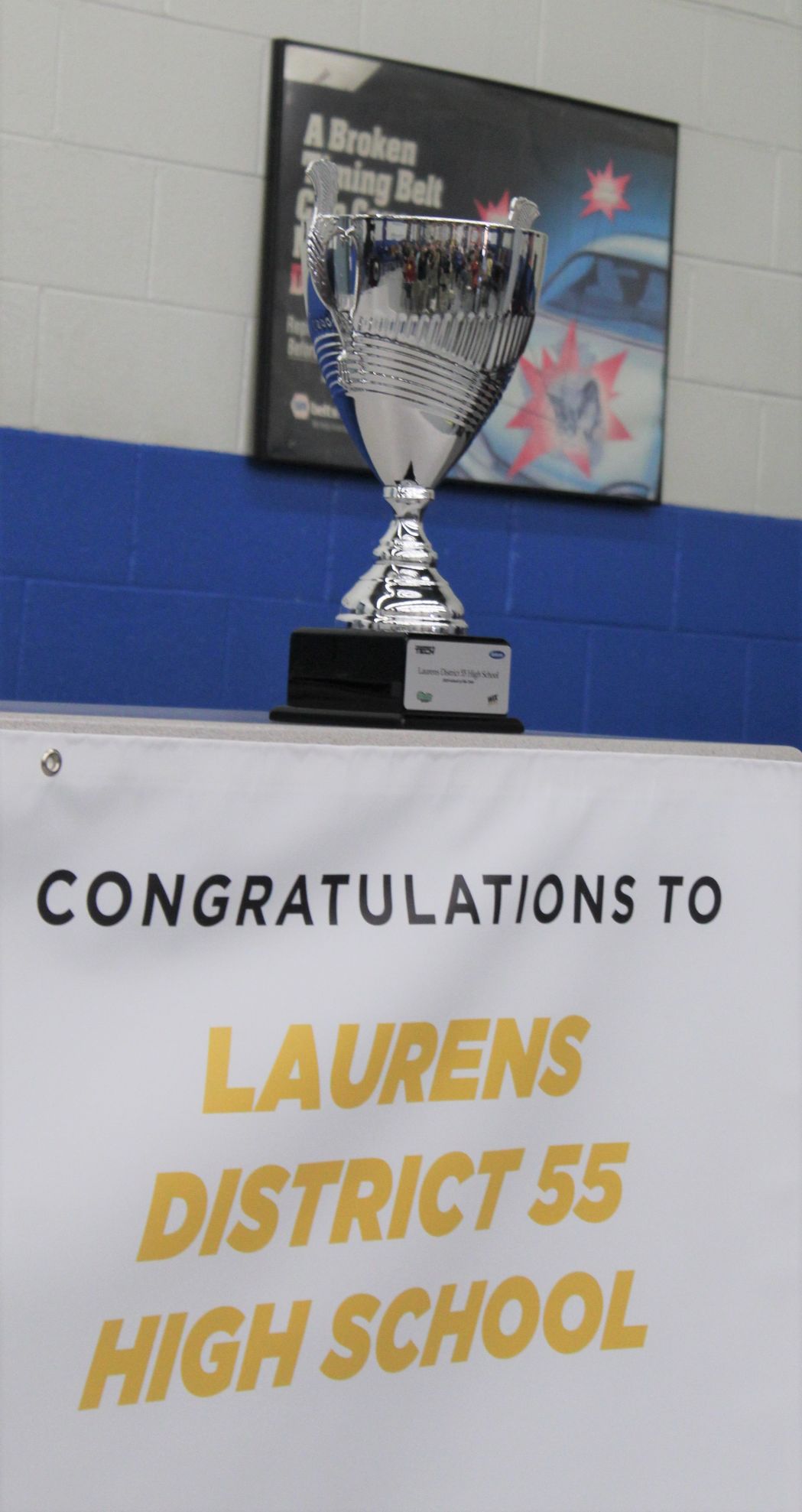 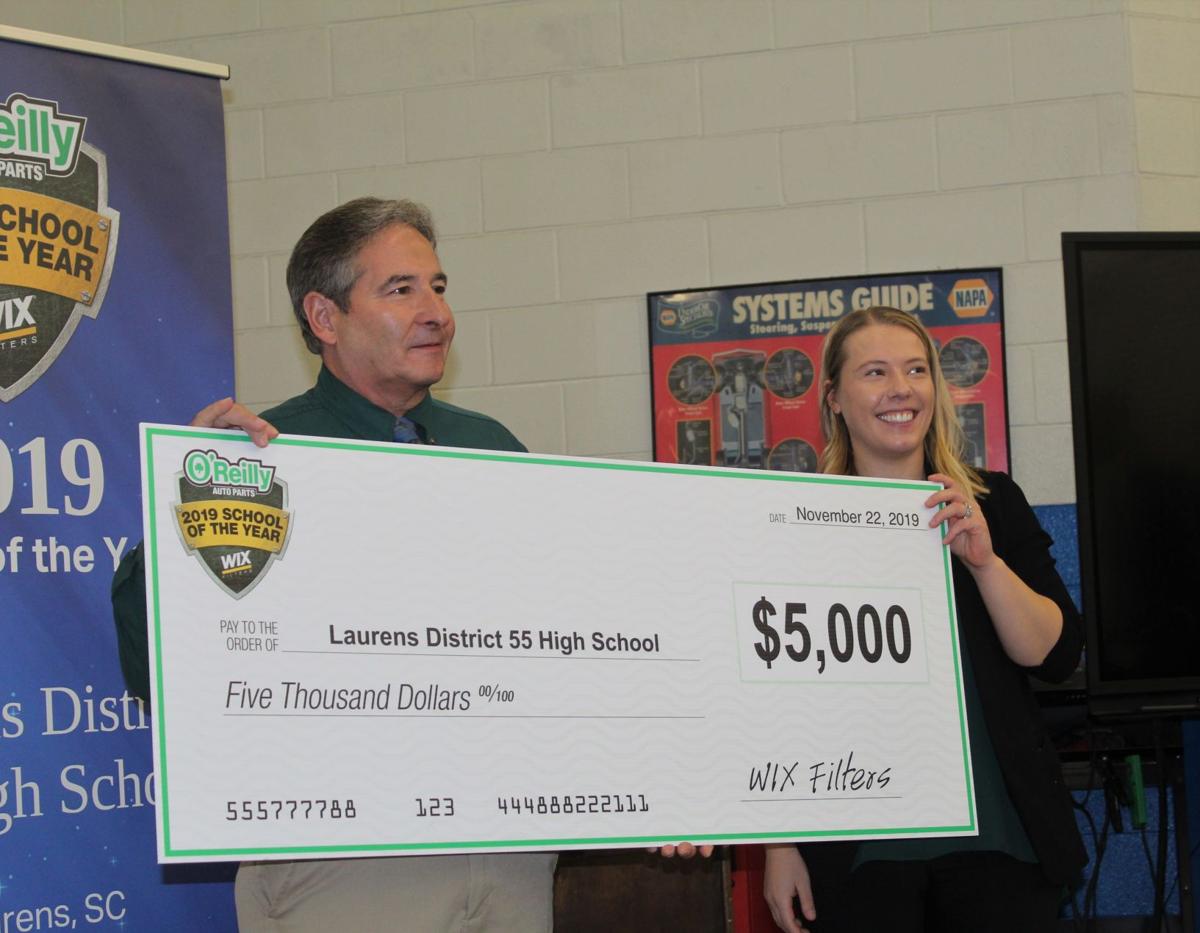 “I’m very excited,” Chandler replied, “but I just want this to be over so I can teach.”

Chandler isn’t exactly a publicity hound. He’s a nose-to-the-grindstone kind of man, one who is more “go” than “show.” From a teacher who just hitches up his britches every morning and goes to work, what happened in the Auto Tech room at LDHS required him to play against type.

“What I want to be when I grow up,” said District 55 Superintendent Dr. Stephen Peters, “is Thomas Chandler.”

The Auto Tech program had some guests. Among them were the publisher of Tomorrow’s Tech magazine, Frank Bird; editor Carley Millhone; Weston Leopard of O’Reilly’s Auto Parts; B.T. Martin of the S.C. Department of Education; and representatives of Wix Filters, who brought with them one of those huge show checks, for $5,000, that comes as part of LDHS’s designation as national School of the Year for it’s auto tech program.

State Rep. Stewart Jones presented each Chandler’s students a certificate from the General Assembly. He presented them individually to students dressed in their shirts of Raider green and patches on the shoulders of those who, while still in high school, have earned ASE (Automotive Service Excellence) certification.

An audience watched with rapt attention the video that was instrumental in winning LDHS the award. The fact that the audio was impossible to hear in the high-ceilinged echo chamber of the school garage didn’t seem to bother them in the least. It even played well as a silent movie of 5 minutes, 59 seconds.

Martin, representing the state’s Office of Career and Technology Education, said, “I hope this award will motivate other teachers to apply for these awards.”

“This grant, acknowledged by the free market, is an awesome, awesome accomplishment,” Rep. Jones said.

LDHS is the 12th recipient of the yearly award. Millhone said the award was being presented to “a small school that has made a huge difference.”