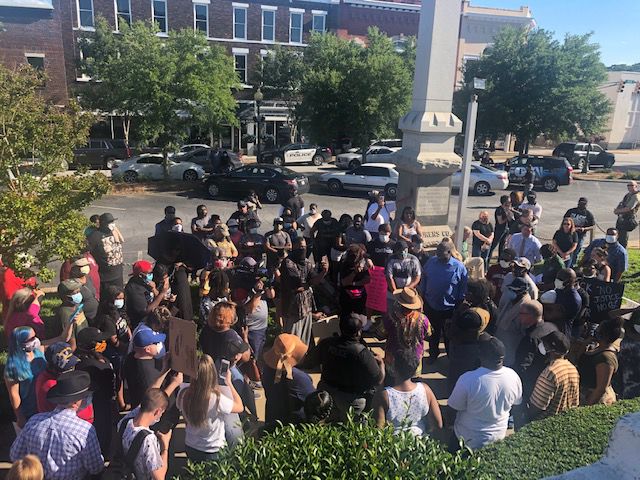 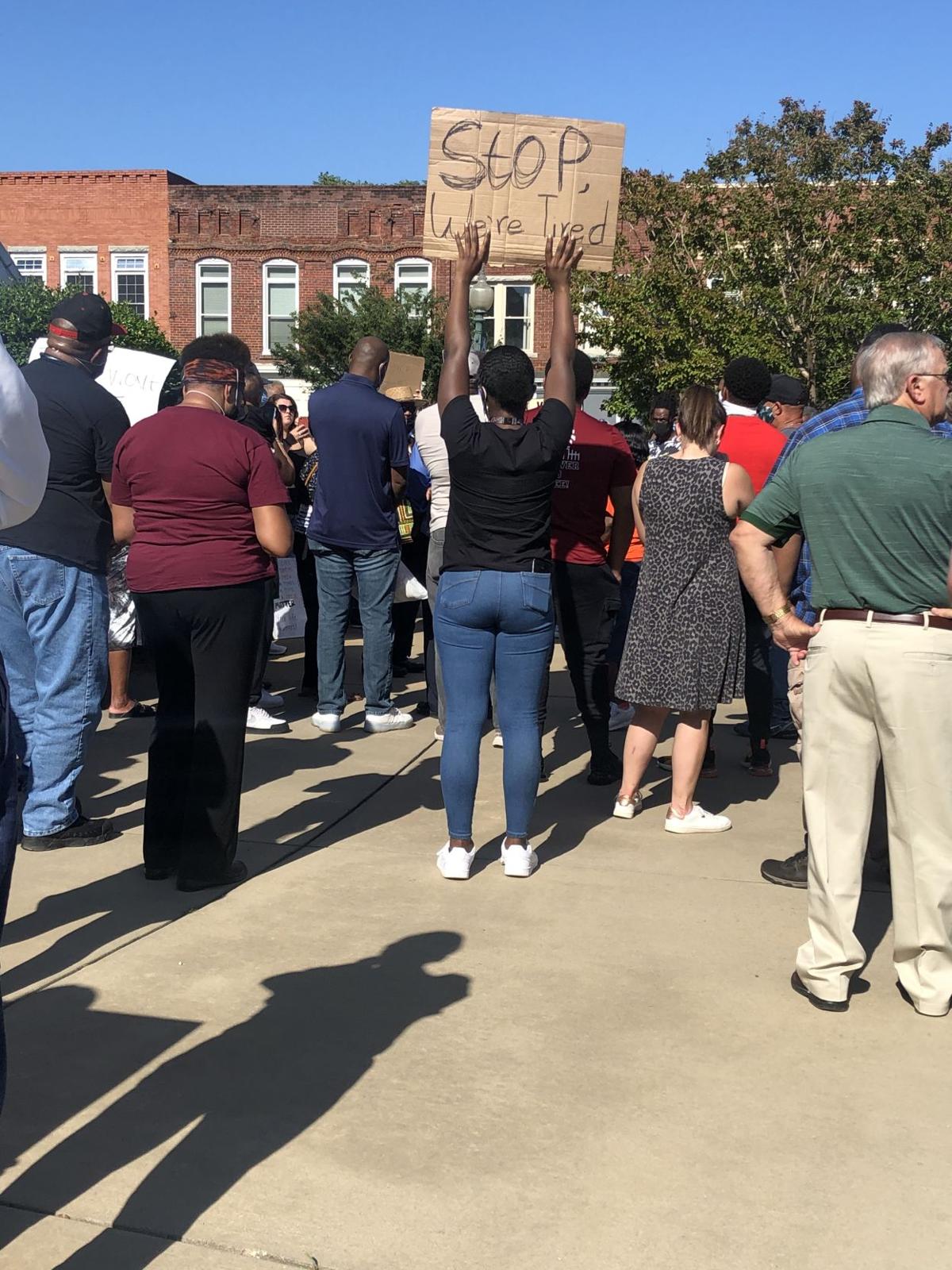 Protesters' signs calling to stop the killings of unarmed African-Americans. 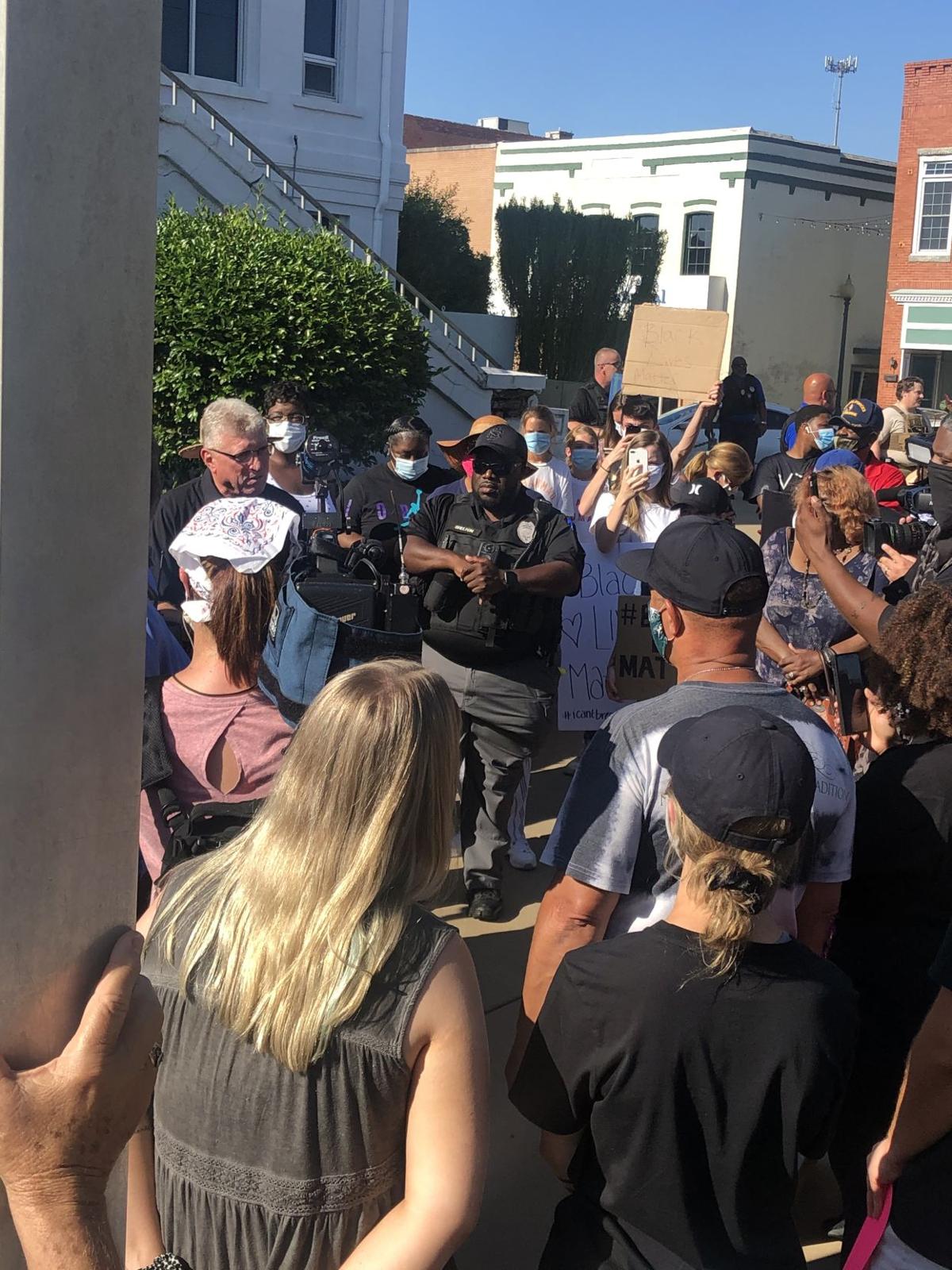 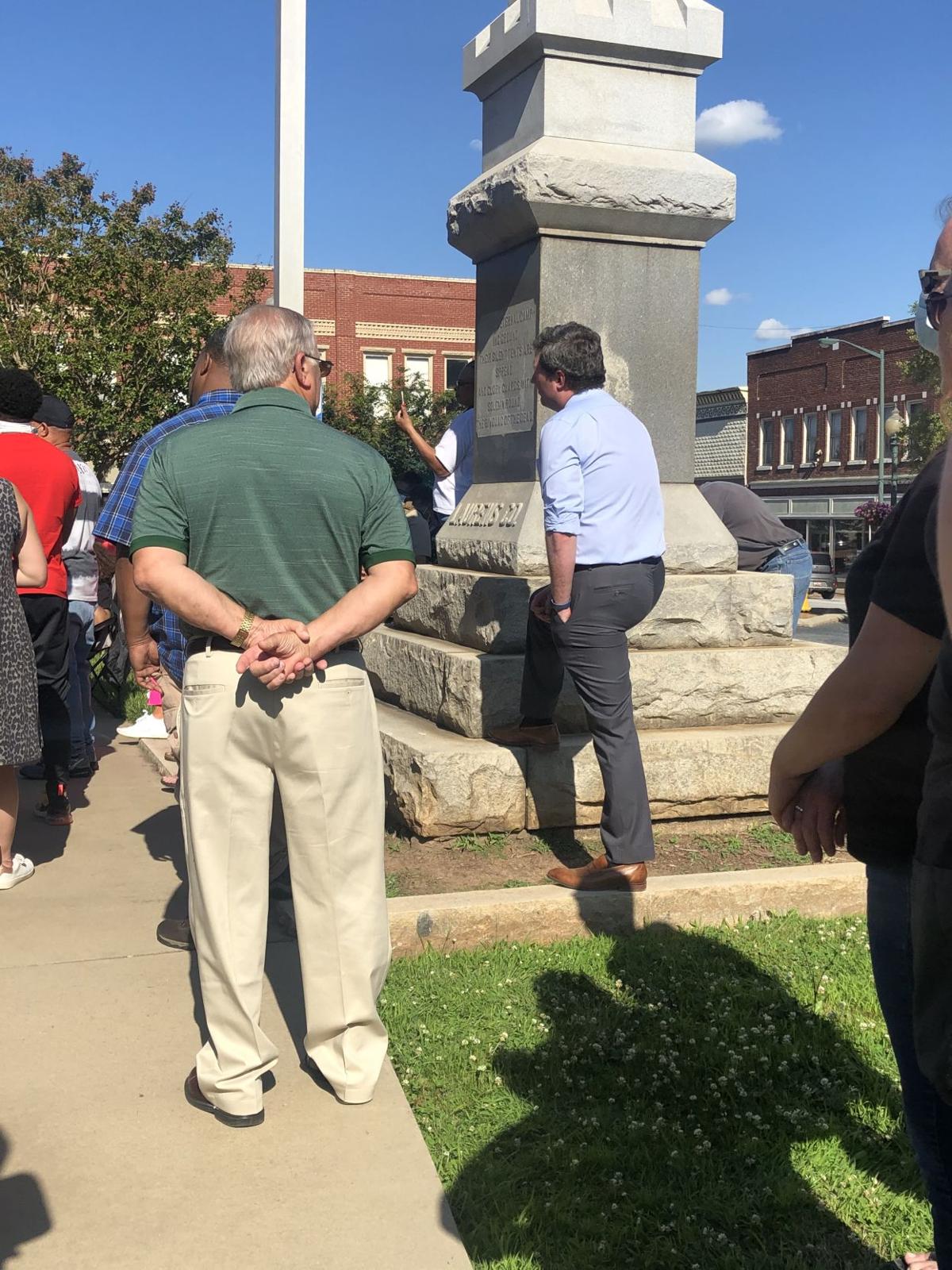 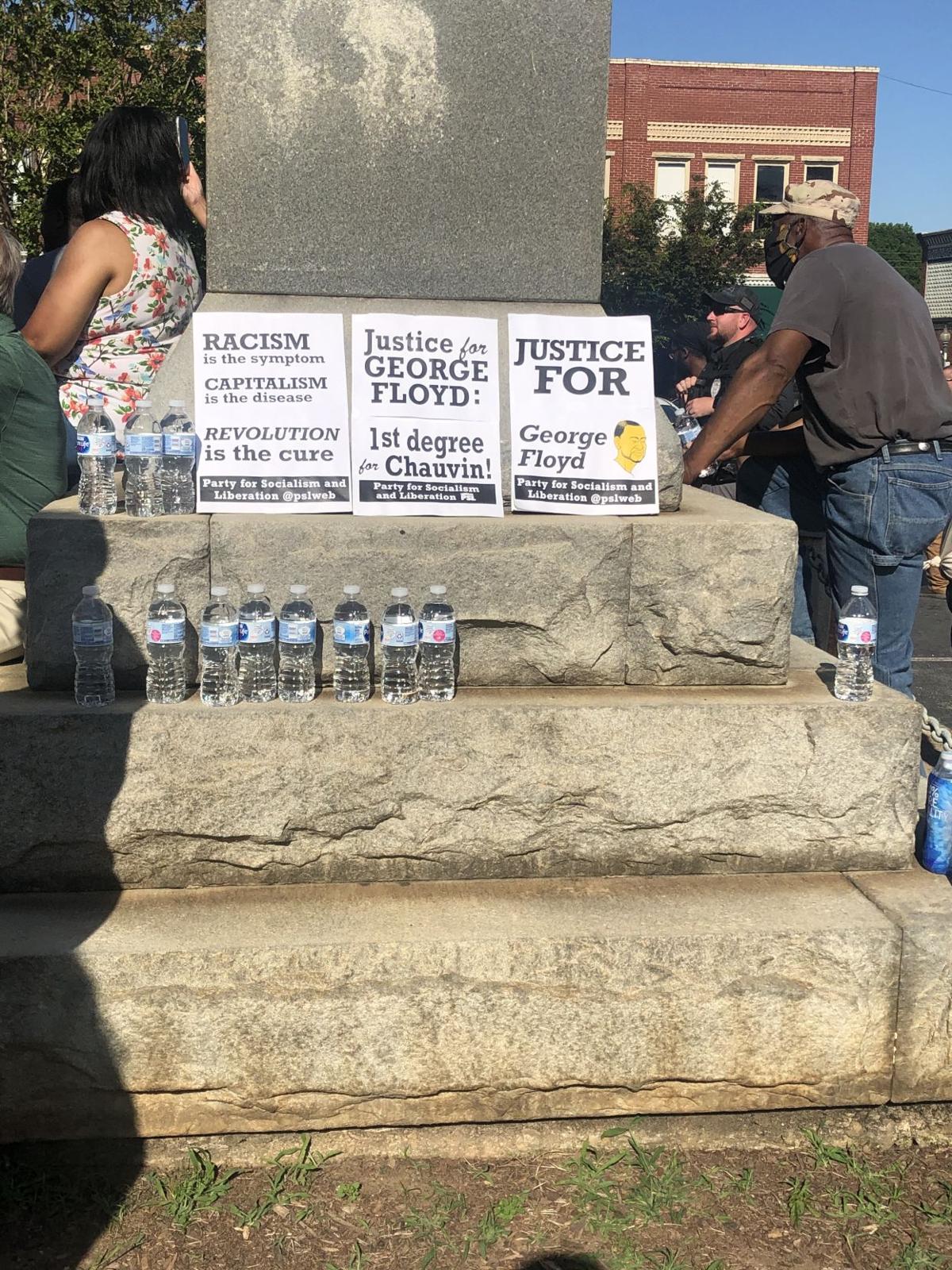 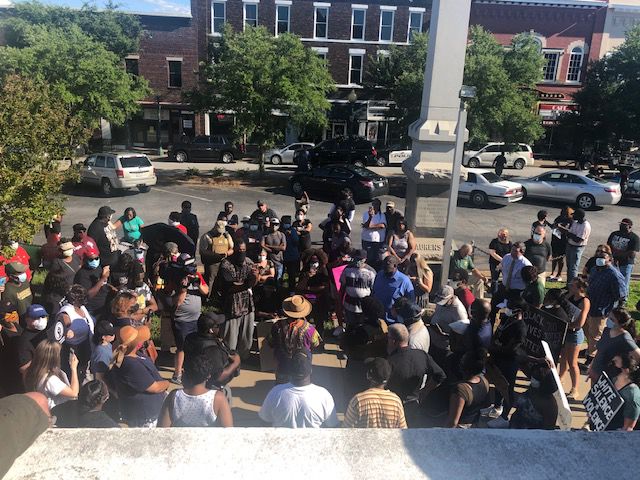 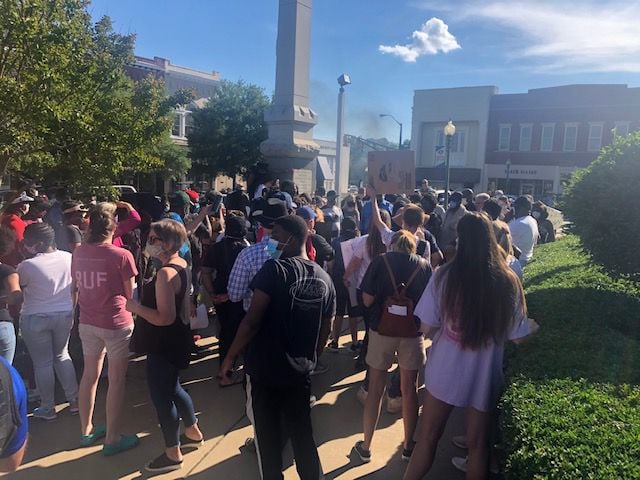 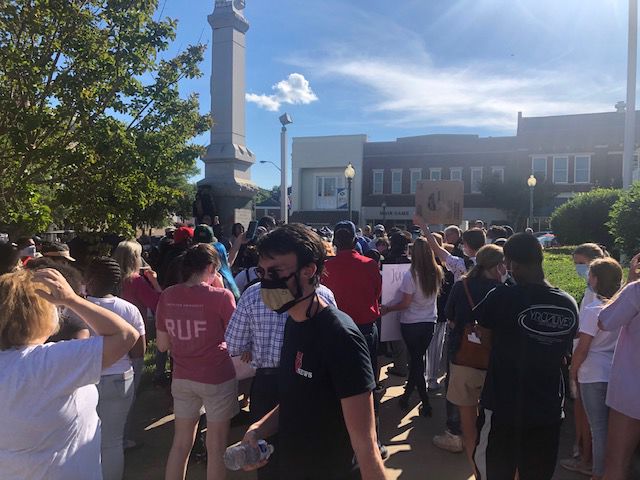 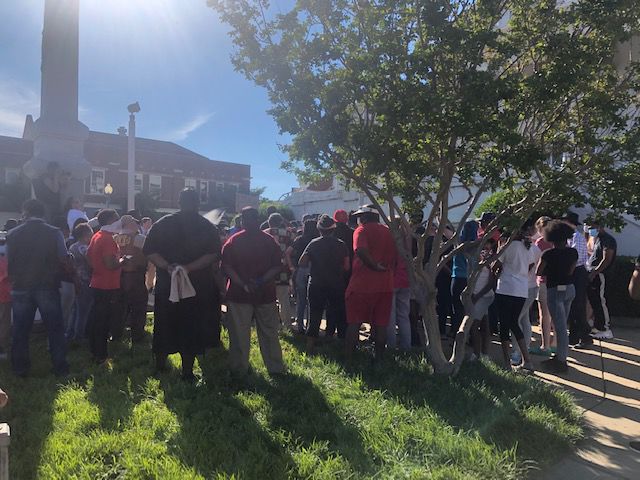 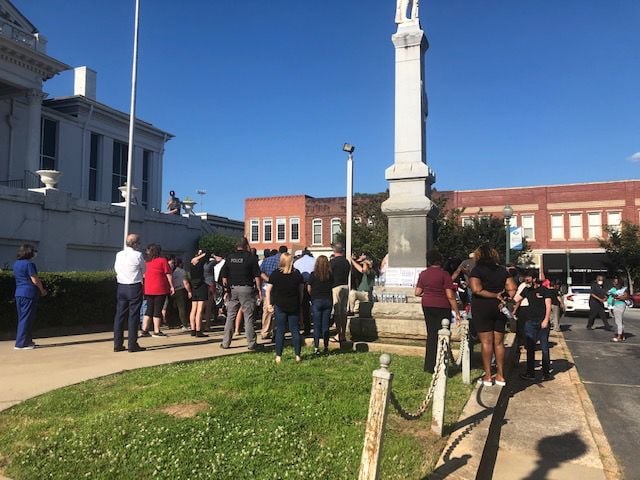 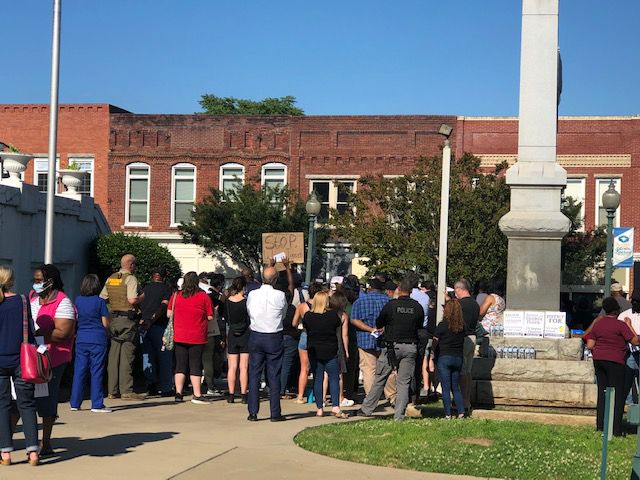 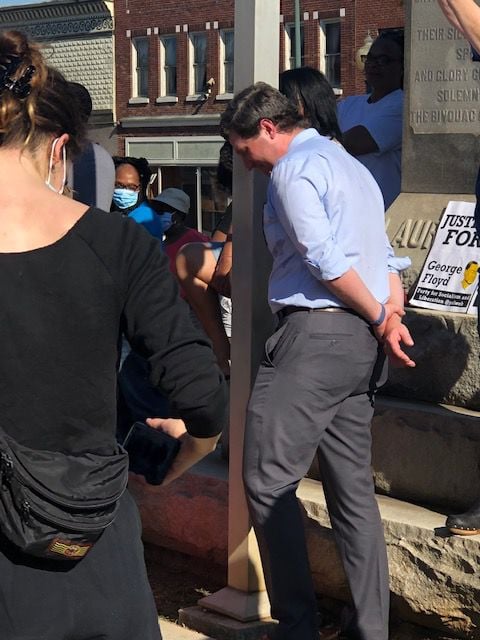 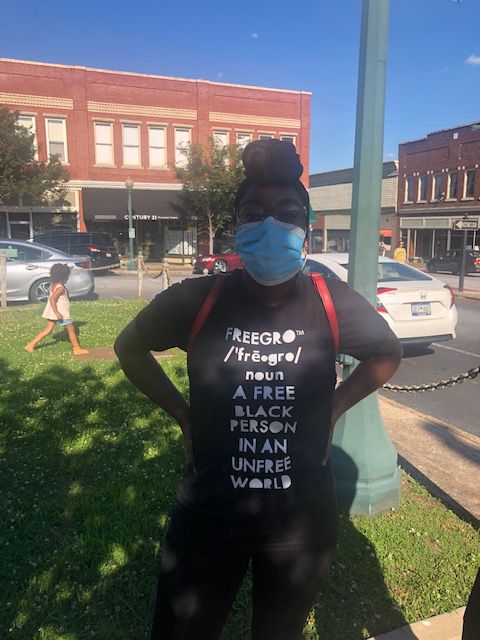 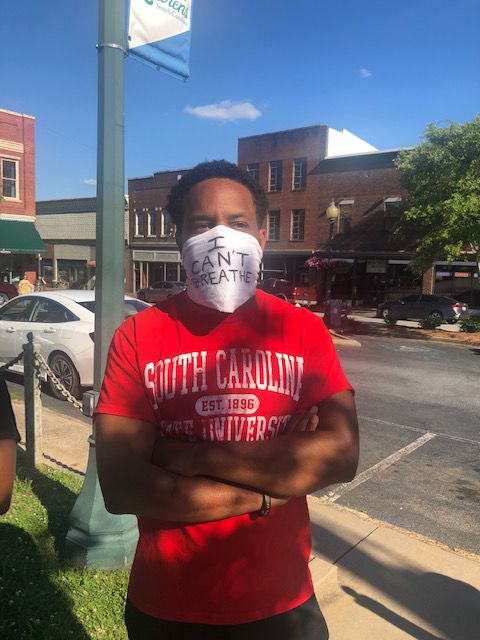 Protesters' signs calling to stop the killings of unarmed African-Americans.

Reverend David Kennedy led the rally through several topics that focused on unity and perserverence. Kennedy spoke on how he was approached by people to go put his name on the list to speak at town council meetings so no one could tell him he could not speak on the issues that he wanted to address.

People of all ages, races and ethnicities came to the rally looking for answers and wanting to take a stance.

“At first I was scared because I didn’t know what would happen," said Sharnecee Wilson. "Would I go to jail? Would I be tasered? Pepper sprayed? I was so scared, but I knew I HAD to go. Sharing stories on social media is not enough. I wanted to be there physically so people could see the pain through the eyes of a black woman. They could see I am peaceful and not a threat. They could see that I love all my brothers and sisters, no matter the color. I do not want to be a hashtag. I want to live my life without being afraid. Today was beautiful & my heart was warm. It was great to see everyone come together and honor George Floyd as well as others who have been affected by police brutality. Tears filled my eyes because my emotions were all over the place. I was angry, relaxed and depressed. So much has been going on and I cannot believe this is reality. No matter what though, I will always love being black."

Mayor Nathan Senn started off by saying he came to listen and not talk. He went on to talk about all good relationships need good communication. He is committed to making positive changes to Laurens.

“I am extremely proud of our city tonight. In many ways, I believe our city has shown the pattern for how this struggle should be handled. Both demonstrators and law enforcement were respectful of each other. I assured folks that they have a city government that is here to listen. The right to free speech was exercised, but no damage or violence followed. We sought to find common ground, and we all agreed that we want a country where there is ‘liberty and justice for all,” Senn said.

“I was pretty proud of my county today for standing up to this injustice peacefully. Our community leaders were supportive and present from Mayor Nathan, Shaterica Neal from Gray Court, to our sheriff, and chief of police,” said Laurens county resident Brindley Harwell.

*this article was corrected to reflect that the NAACP did not host this event.