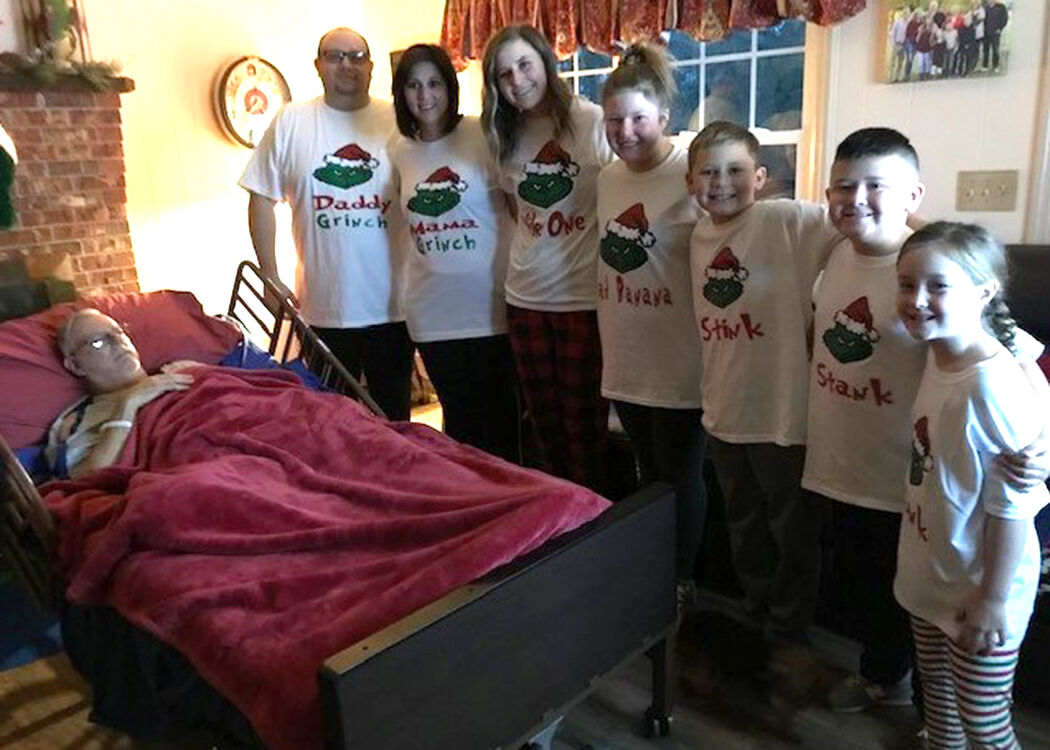 A Burroughs Family Christmas: Gonce and her family wear Grinch shirts when visiting Denny Burroughs after his discharge from Self Regional Healthcare 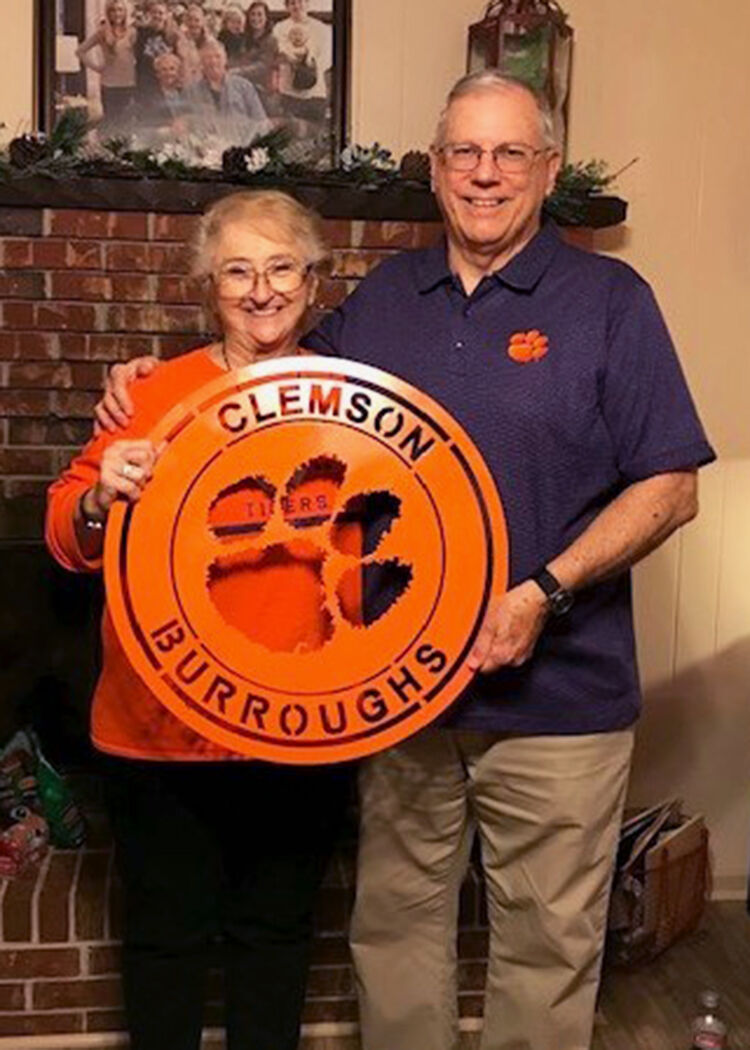 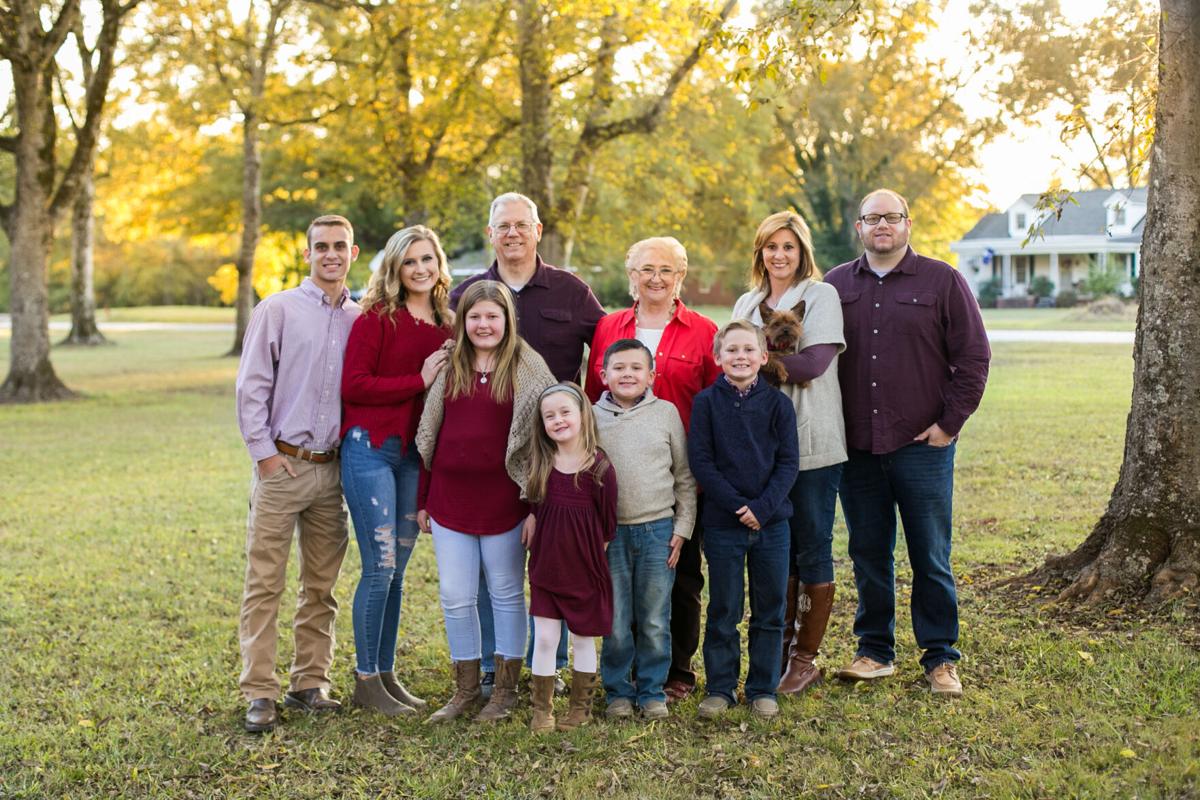 A Burroughs Family Christmas: Gonce and her family wear Grinch shirts when visiting Denny Burroughs after his discharge from Self Regional Healthcare

When Tara Gonce, former nursing program director and current dean of health care at Piedmont Technical College (PTC), learned that her father was being admitted to the ICU and put on a ventilator for the treatment of his COVID-19 symptoms, the news came with an unanticipated silver lining and the best possible outcome.

Over the ensuing 14 days last December, Gonce began to see some familiar faces around the Intensive Care Unit at Self Regional Healthcare. Several members of her father’s hospital care team were PTC graduates she had either taught herself or who were health care students while she served as dean. She was moved and gratified to witness their skill, their professionalism and, ultimately, their compassion on the job. Gonce experienced firsthand how important it is to consider the perspective of a patient’s family in the clinical environment.

“In addition to the clinical knowledge and skills, we teach our students to be aware of the family dynamics and how it’s not just about the patient,” Gonce said. “Everything they do impacts a wide circle of people, some of whom may be anxious or even afraid. They may need attention just as the patient needs attention, even if it’s as simple as offering words of comfort and reassurance.”

One example of that thoughtful consideration of the family came when a major milestone happened during her father’s hospitalization ― his 50th wedding anniversary on Dec. 19.

“Everyone in the ICU knew it was dad’s 50th anniversary. The nurse on duty gave him a bath and prepared him to FaceTime with the family. She turned down his sedation a little bit just so he could interact with us,” Gonce recalled. “My mom told him, ‘If you can hear me, blink your eyes.’ He blinked three times. He doesn’t remember it, but she will always cherish that memory.”

Mark Ashley, another nurse and former student of Gonce’s who graduated from PTC in 2012, also demonstrated calm competence tempered with compassion.

“Mark remembered me. In fact, he called me by my old (maiden) name,” Gonce said. “He said it was kind of weird talking to me in this capacity. He was really knowledgeable about everything. I was so proud of him. I have the nursing knowledge, but the rest of the family does not. He went through details of all the medications my dad was on. He explained the ventilator and how it works to my kids. He really put my family at ease. He just did a phenomenal job.”

Another PTC graduate, Dorothy Tellin, who majored in respiratory care, also provided care to Gonce’s father. “I didn’t get to talk to her, but I would see her name on the program notes. My dad had given us access to his MyChart account, so I knew she took care of him a couple of times.”

It was a stressful two weeks during which it seemed the entire family contracted the virus. Gonce noted that, at the same time her father was being transferred to the ICU, her mother, Jo Ann Burroughs, was in the Emergency Department being diagnosed with COVID. Fortunately, she and other family members had milder cases and did not require hospitalization.

Because families cannot visit their hospitalized loved ones in person due to COVID restrictions, hospital staff help facilitate FaceTime visits between patients and their families. “We were able to talk to dad and let him know that we love him,” Gonce said. “He was heavily sedated, but we understand and teach our students that you should still talk to unconscious patients because, deep down somewhere, they can hear you.”

Gonce’s father pulled through and was well enough to go home on Dec. 23, just in time for Christmas.

“When my dad woke up, he was very confused about what had happened. He basically lost a couple of weeks of his life,” she said. “He just doesn’t remember.”

“Most everything is still kind of scrambled up as far as memories go,” Burroughs said. “I remember bits and pieces. … After they moved me down to a regular floor, I do remember a number of people who cared for me. I was fully conscious by then, and everyone I came into contact with was highly professional and super nice. I am thankful that Greenwood has Self Regional Healthcare.”

As he continues to recover, Burroughs tries to do more every day. Sometimes, Gonce needs to step in and slow him down just a little bit.

“I almost have to tackle him sometimes and stop him from doing certain things. He is quite determined,” she said. “It is miraculous how much he has improved.”

Burroughs says he still gets a little short-winded but is recovering quickly.

Gonce today celebrates her father’s recovery and reflects on the expert care he received from some of her own students.

“You get new perspective when the patient is one of your close family members,” she said. “It was so nice to see that our graduates are out there fighting on the front lines. The care dad received was really excellent. It was just unbelievable.”