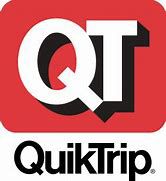 QT stands for QuikTrip. One of the convenience/gasoline/truck centers will open in Clinton in the spring of 2021.

The Clinton Economic Development Corporation announced on Thursday that initial grading and site preparation have begun at the site, located just off Interstate 26 at Exit 54, across the street from Arby’s.

According to the corporation’s website, QuikTrip is “a privately held company headquartered in Tulsa, Okla. Founded in 1958, QuikTrip has grown to more than an $11 billion company with 800-plus stores in 11 states. Those revenues pace QuikTrip high on the Forbes listing of largest privately held companies. QuikTrip’s strategy is to be the dominant convenience/gasoline retailer in each market and to reach that level not through sheer numbers of stores, but through key, high-volume locations.

“With over 20,000 employees, Fortune has ranked QuikTrip on the list of Best Companies To Work For for 14 years. QuikTrip also gives back to the communities it serves, donating 5 percent of net profits to charitable organizations.”

QT has many current locations grouped around Greenville-Spartanburg and Charlotte-Rock Hill. The closest current location to the Clinton site is in Simpsonville, just off I-385.