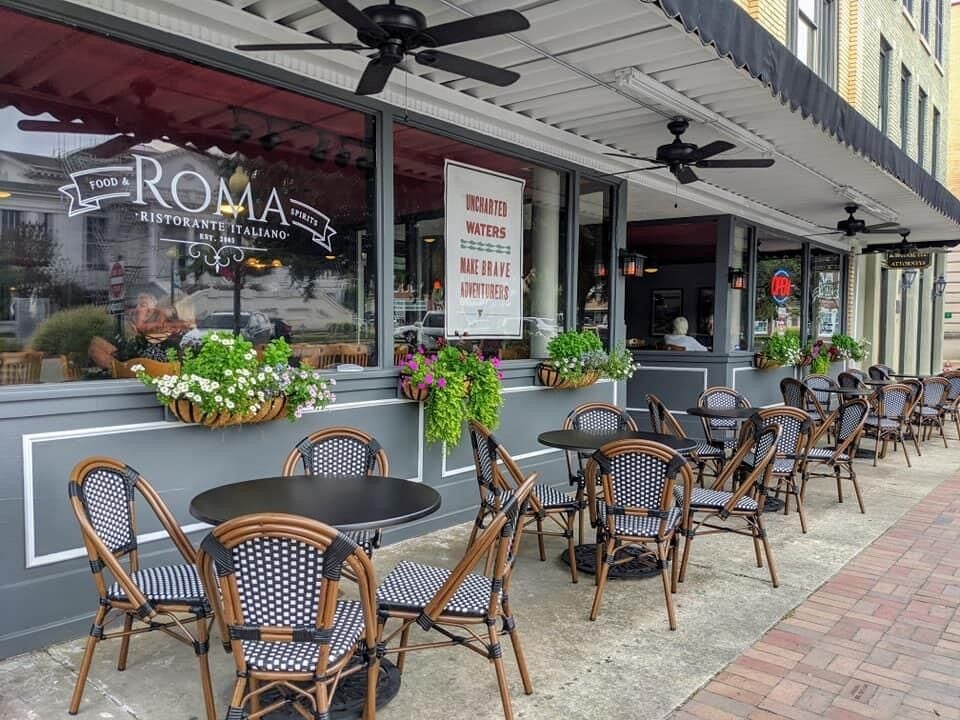 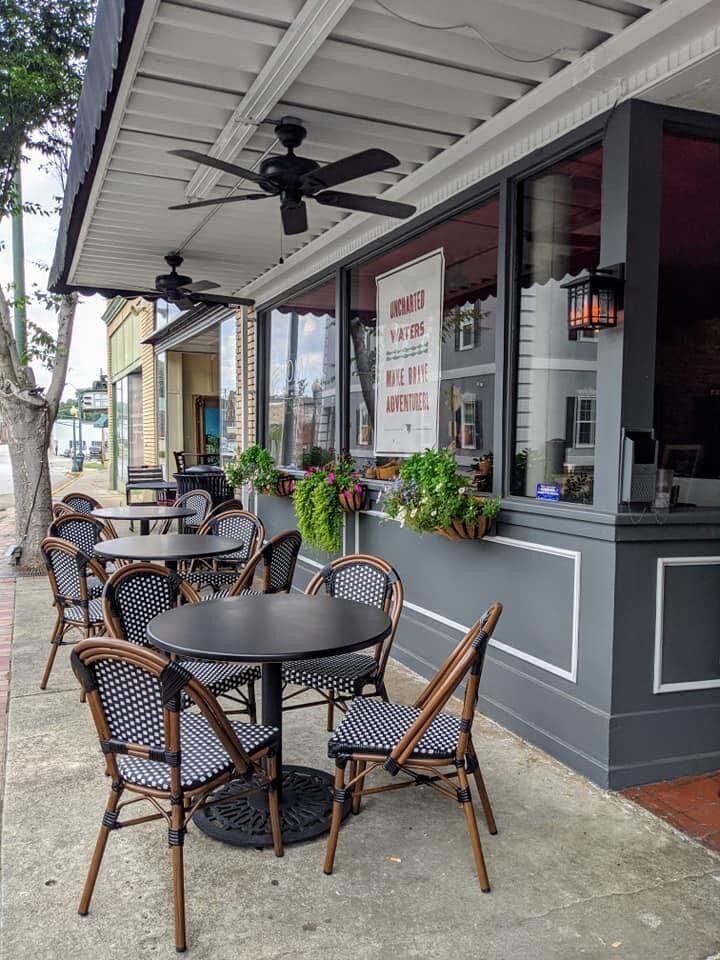 Roma Restaurant of Laurens has finished the renovations to their building, including their new outdoor dining bistro.

The idea for the outdoor renovations came to Jennifer Youssef and her husband in April of 2019 when they were visiting her husband's family in France. “We were inspired by the elegance of their outdoor cafes and we thought it would be so nice to have something like this in Laurens.”

The main street grant helped them with the cost of painting the storefront. The rest they did little by little.

They discovered some beautiful old tile under the carpets in the walkway and had to have it removed and cleaned. Once the outside had been painted, they decided to change up the colors inside as well to freshen it up. Then they had some fans installed outside to help with the summer heat as well as new outdoor lighting.

Youssef said they received the new tables in April but due to COVID-19, their rattan chairs were held by customs for 2 months. They finally received them last week. One of their next goals is to eventually put in outdoor heat lamps so their customers can still dine outside in the cooler months

Roma Restaurant of Lauren also features a new logo. The logo was designed by Mayor Nathan Senn during the shutdown. He sent them a sketch of it and they immediately knew it was perfect for Roma.” Youssef said it really gives the storefront a true European look.

Mayor Senn was asked about his process in creating the new design. "My grandfather was a commercial artist in the early 60's, so I suppose an appreciation for graphic design is in my genes. I was playing around with logos for several businesses in town, and Roma‘s was one of them."

"I was just goofing off when I created the design, but I wondered if perhaps I should share it with Jennifer and Yvan to see if they liked it or might want to use it.  And, since they are friends, I hoped they wouldn’t take it as an insult that I was suggesting a new logo. Well, they liked it and decided to use it as part their refurbishment," he continued.

"I am grateful to be part of that.  If I can do anything to support our local businesses, I’m happy to try."

With the renovations, they have also added new menu items. They are bringing in some new pasta choices. They have a lot of requests for capellini so, they have added that as well as rigatoni. One of their new salads is the Sicilian salad with shrimp and scallops with a new Champaign vinaigrette dressing. They have also added a delicious pasta dish with their homemade marinara infused with red wine, as well as one with a spicy marinara Arrabiata sauce.

“Since we opened in 2003, we have always tried to change up our menu every few years. We always keep what our customers love and find new dishes to introduce. We are very excited about all of our new items and can’t wait for everyone to try them,” Youssef said.