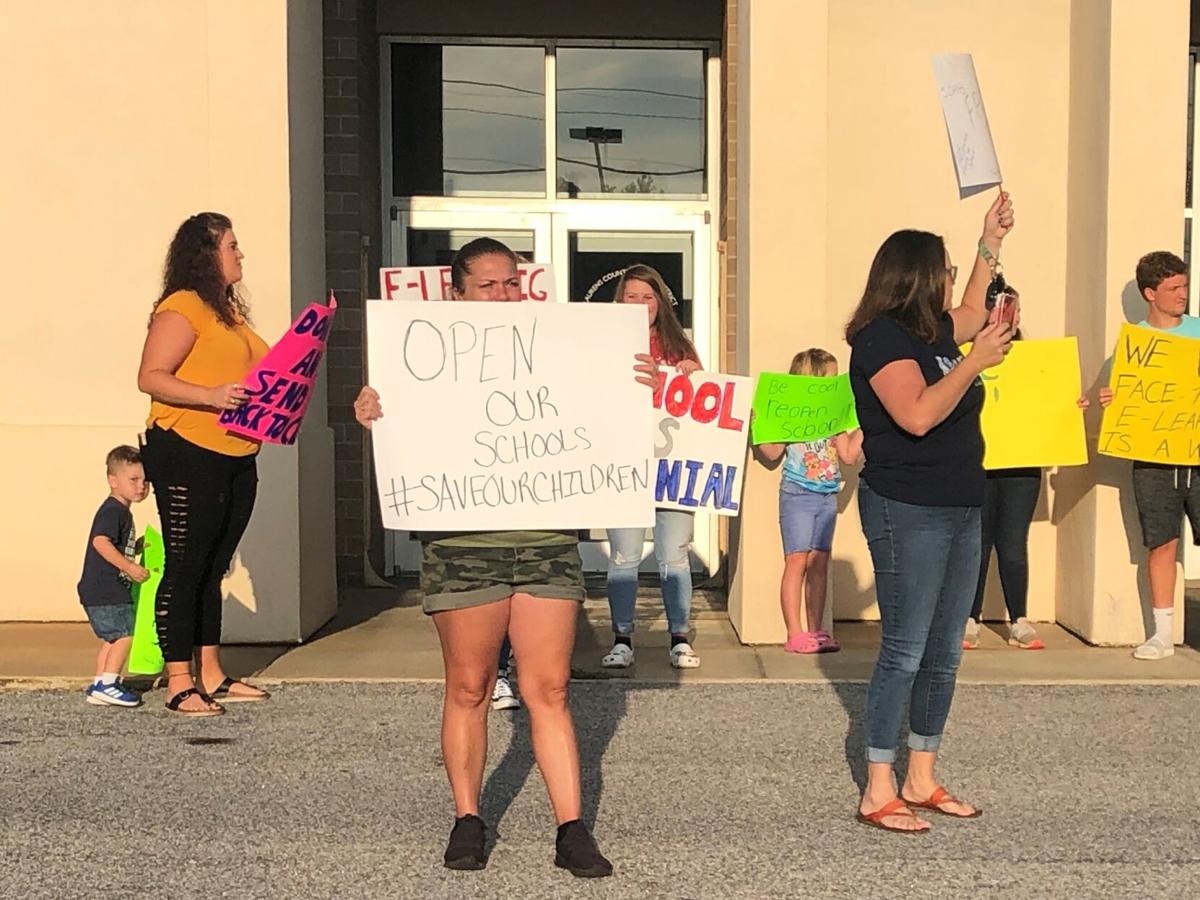 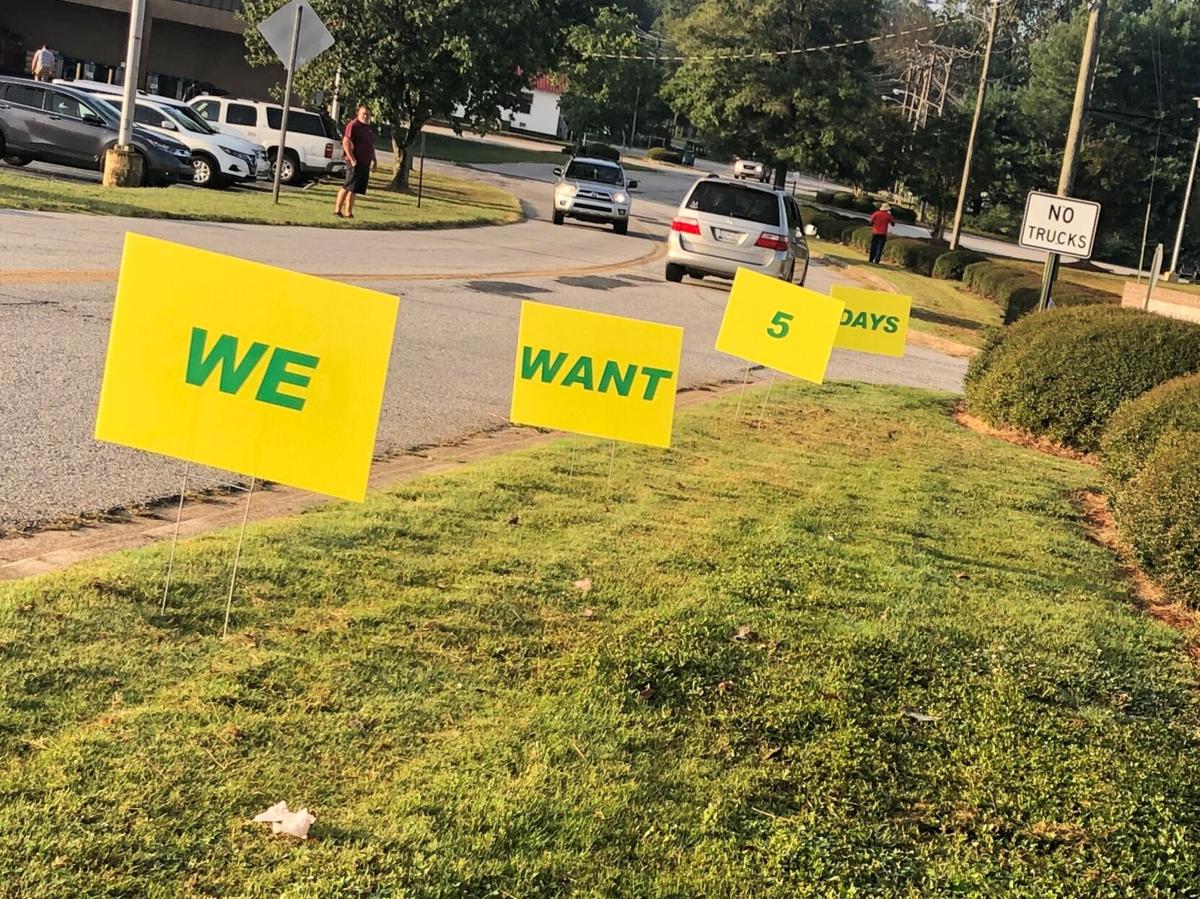 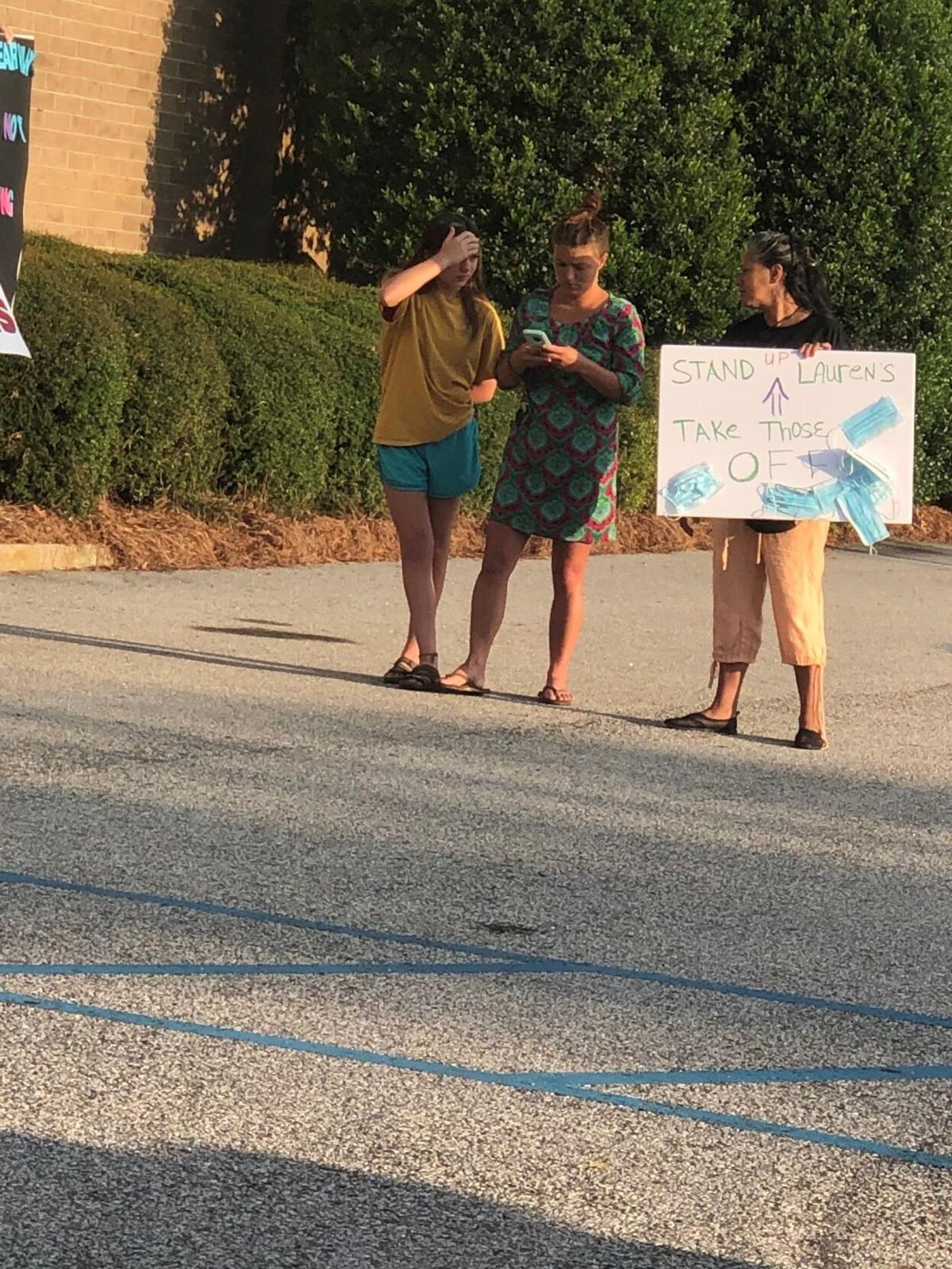 Parents, members of the community, as well as a state representative staged a protest in front of the Laurens District 55 Administrative Building on Friday morning.

Rep. Stewart Jones, South Carolina House District 14, was in attendance. James Lang was the parent that organized the protest.

Jones said the objective is to get kids back in school. They want the kids to get back to some form of normalcy. “The legs we’re taken out from under some of these parents,” said Jones.

Those protesting didn't agree with Laurens District 55 starting off in the red phase of their reopening plan. Red phase has every student doing E-Learning. The red phase was extended for another week on Thursday, before the protest.

Those in protest shouted, “we want school” and “educate our children.”

District 55 announced on Monday that they will move to a hybrid "yellow" phase of instruction on Monday, Sept. 21.