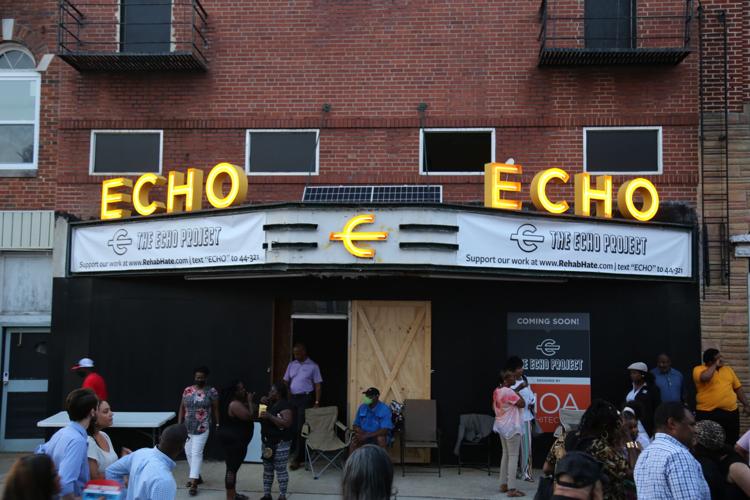 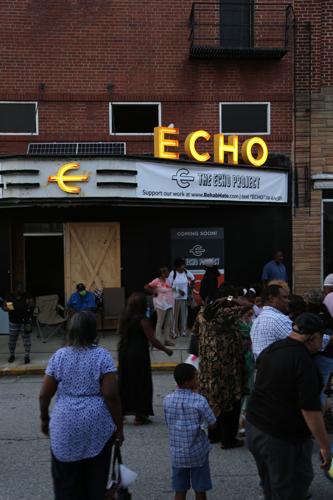 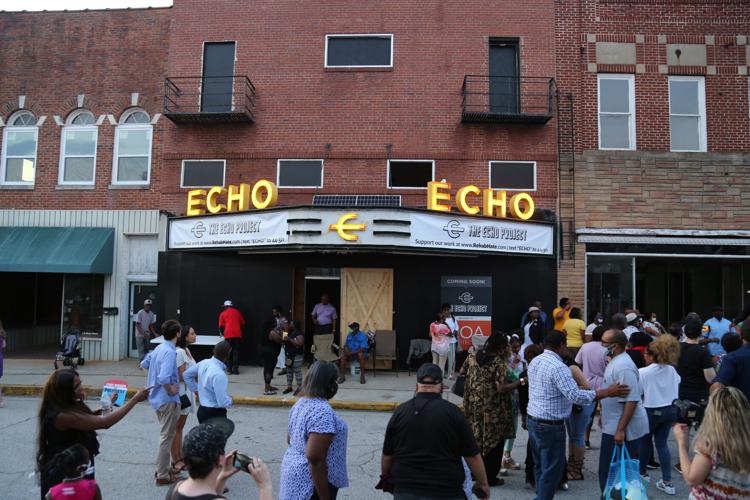 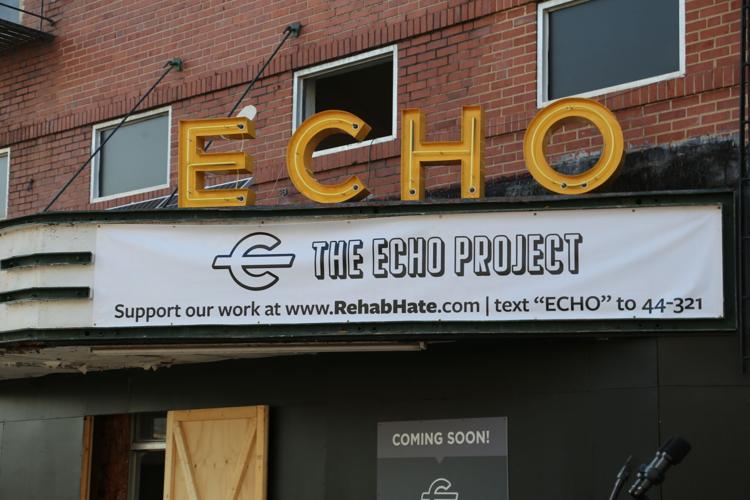 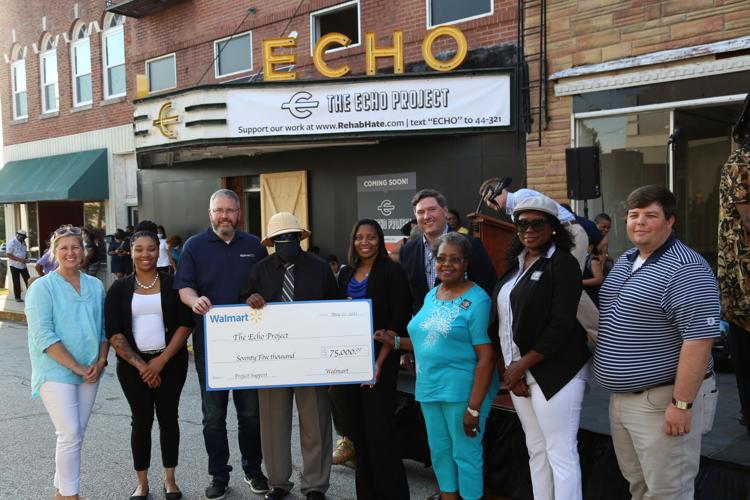 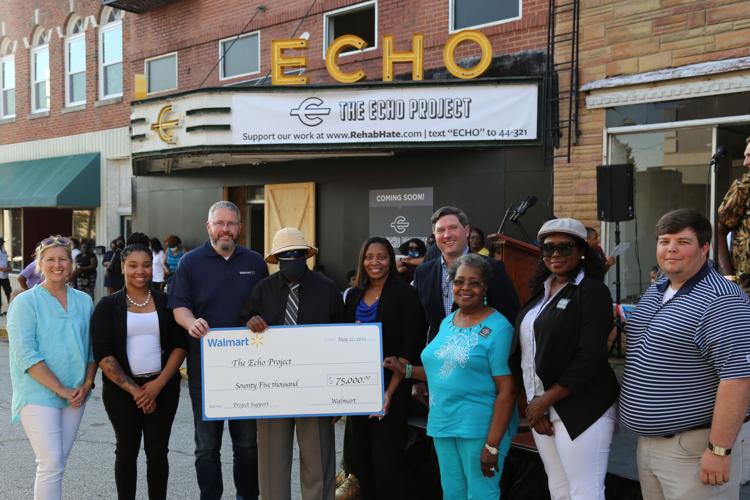 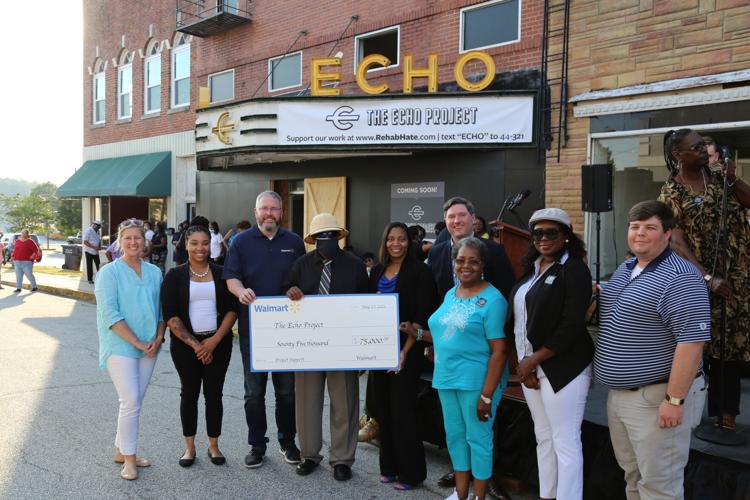 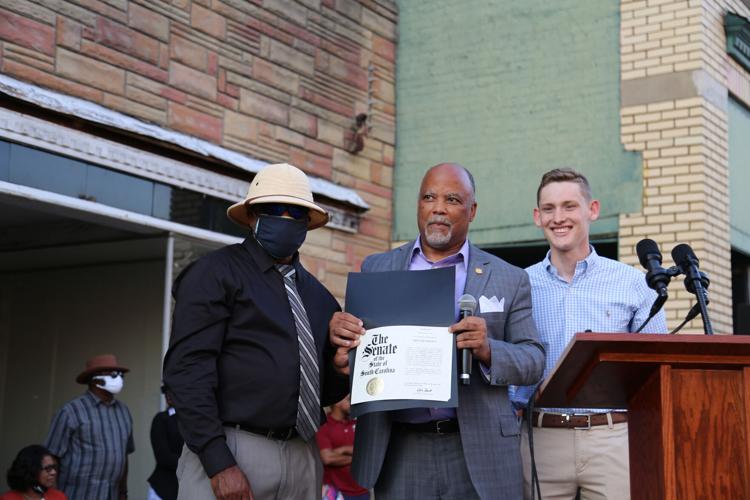 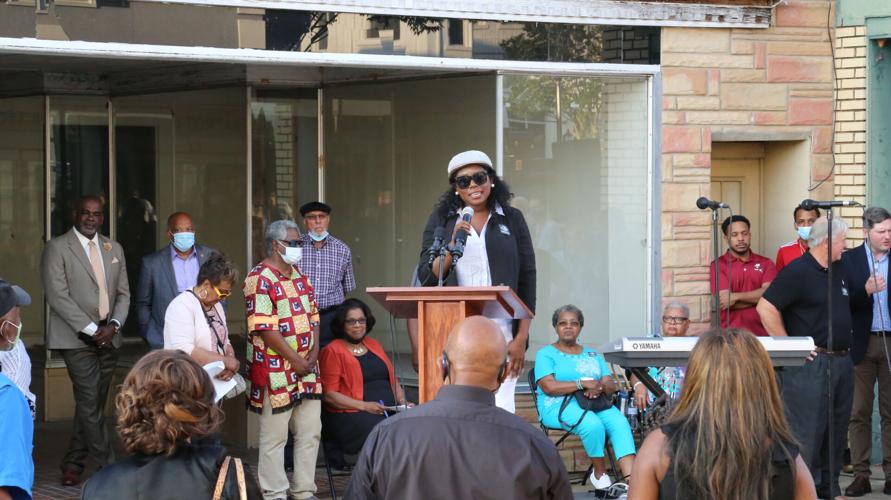 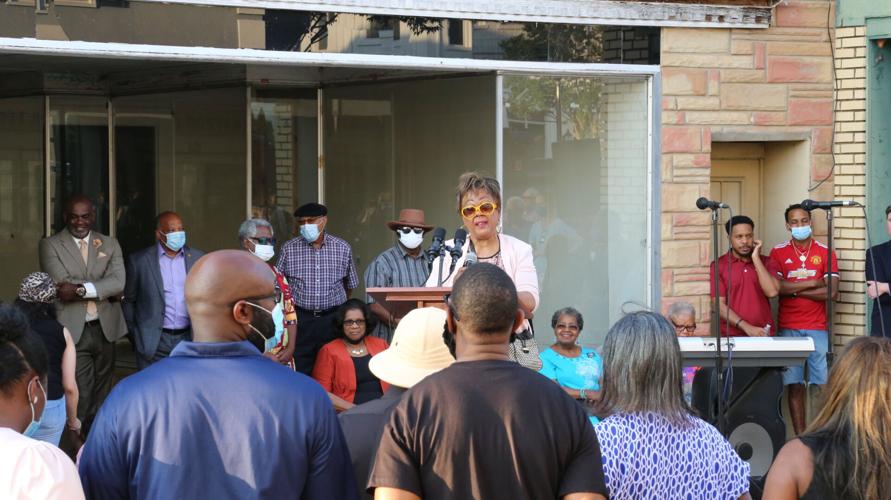 For the first time in more than 25 years, the Echo Theater took its marquee from darkness to light, illuminating across downtown Laurens at an event last night as a symbolic first step in transforming the theater into a space for healing and forgiveness.

In May 1996, Reverend David Kennedy, Pastor of the New Beginning Missionary Baptist Church, began his decades-long fight (as told in the Sundance Award Winning Film BURDEN) to transform the 100-year-old Echo Theater, a segregated movie theater turned KKK museum and American Nazi Party Headquarters, into a place of truth, diversity and remembrance. He founded The Echo Project in 2019 to help redefine the story of the Echo Theater into one of resilience, justice and hope.

“This moment has been a long time coming,” said Reverend Kennedy. “The Echo Theater has always represented racism and hate until now. This first step toward rebuilding the theater into a place of healing and reconciliation shows that change is possible, even from one of the darkest times in our history.”

As part of the commemoration, Walmart donated $75,000 to support The Echo Project’s mission to rebuild the theater into a place of healing.

“At Walmart we become embedded in the communities we serve,” said Brooke Mueller, director of public affairs for Walmart in South Carolina. “Our contribution symbolizes the solidarity we feel with the important work The Echo Project is doing here in Laurens. Walmart is right there with you.”

True to the vision of Reverend Kennedy and members of his church and community, The Echo Project is beginning renovation and construction at the Echo Theater to create an inclusive multicultural initiative that embodies the transformative powers of reconciliation and tolerance.

Once the building renovation is complete, the new Echo Theater will house a world-class museum and an in-person and online education center that will share the untold history of racial violence, the struggle for civil rights, and the power bestowed on communities through tolerance, justice and racial reconciliation. This multicultural center will celebrate diversity and empower young people to be positive and peaceful community builders.