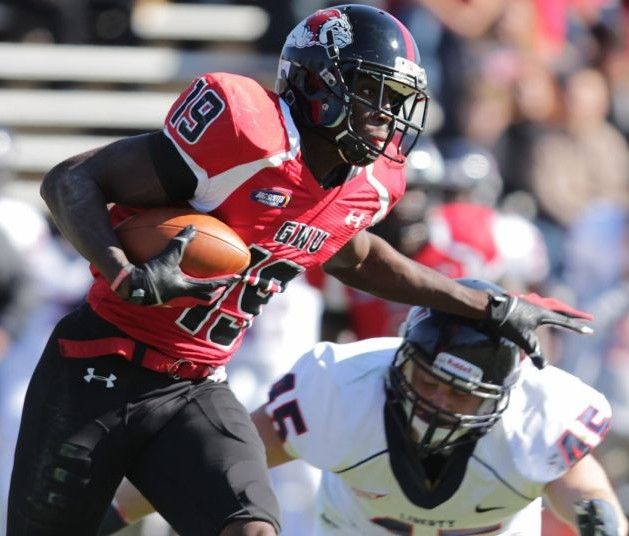 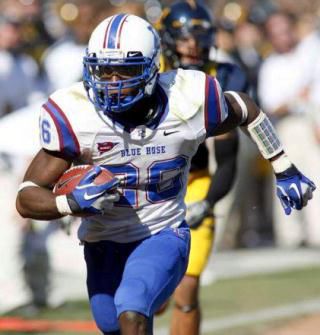 The league's All-Decade Teams were first unveiled as part of the Big South's 30th Anniversary celebration in 2013-14 to recognize the student-athletes and coaches who excelled in their respective sport in each decade since the Conference's founding in 1983.

A 15-person committee of Big South Conference administrators served as the official voting panel to determine the All-Decade Team, with fan voting comprising 20 percent of the overall total.

Cook played three seasons at Gardner-Webb, earning FCS All-America honors in 2013 following a breakout campaign. That season, Cook helped Gardner-Webb to three wins over top-20 teams and a late-September national ranking. He finished with 76 catches for 1,008 yards and nine touchdowns for a balanced offensive attack.

The former Clinton High star caught 188 passes for 2,432 yards and 21 touchdowns from 2012-2014 – earning All-Big South honors each season he suited up. He was named National FCS Player of the Week in 2014 after hauling in 12 passes for a school-record 251 yards and the game-winning touchdown at VMI.

Following his career with the Runnin' Bulldogs, Cook signed a free agent deal with the Kansas City Chiefs and spent the 2015 season on the organization's practice squad. Cook most recently played indoors with the Arena League's Columbus Destroyers in 2019.

Bethel became the first Blue Hose to earn Big South Defensive Player of the Year honors along with third-team all-conference in 2011 as he totaled 87 tackles, four interceptions which included an INT returned for a touchdown against California. With his three blocked kicks in 2011, Bethel became the program's D1 record holder for blocked kicks in a career with nine a record that still stands today.

In 2011, he was a two-time Big South Special Teams and Defensive Player of the Week and a Buck Buchanan Award Watch List member along with earning the FCS College Football Performance Award DB, National DB and National Defensive Performance Award winner. In 2011 he was also named to the Phil Steele FCS All-American team as well as the Sports Network/Fathead.com FCS All-America Team.

In 2010, he was named to the Big South Defensive Second Team with a team-best 47 solo tackles and 59 total stops. He was 15th in the league with 5.9 tackles per contest, he also averaged 6.6 tackles per game in Big South action which was third most.

In his sophomore campaign, Bethel made starts in all 11 games while earning second team all-conference accolades. He recorded a team best 79 tackles, 55 of which were solo stops. He recorded three double-figure tackle contests in 13 stops against Stony Brook. He had three blocked kicks on the year with two of those coming against Gardner-Webb.

He played in 12 games during his freshman season that saw him amass 54 tackles, including 37 solo stops.

He was selected in the sixth round of the 2012 NFL Draft by the Arizona Cardinals. Since joining the NFL, Bethel has spent time with the Cardinals, Atlanta Falcons, Baltimore Ravens and currently a member of the New England Patriots.

Bethel earned selection to three consecutive Pro Bowls beginning in 2013 thru 2015. He's also earned 1st Team honors as a member of the special teams unit as selected by both the Pro Football Writers and Pro Football Focus.

In the Blue Hose D1 Record Book, Bethel sits atop the ranking with nine blocked kicks, ranks second in total tackles (279), and solo tackles (199), while in third place in passes defensed with 23 (16 PBU, 7 INT). He's also tied atop the list with four forced fumbles.

Football All-Decade Team candidates were determined based on being at least one of the following: 1) Was a multiple All-Conference honoree; 2) Was named an All-American; 3) Is a member of the Big South Conference Hall of Fame; 4) Student-athletes must be a college graduate or in good academic standing with their respective institution; 5) Won a Conference Championship as a coach and/or was voted Conference Coach of the Year.

Candidates that participated in two different decades were placed in a specific decade based on consultation from member institutions.  Member institutions also had final determination in regards to inclusion of student-athletes and coaches.  Previous Football All-Decade Teams were recognized for the years 2002-09.