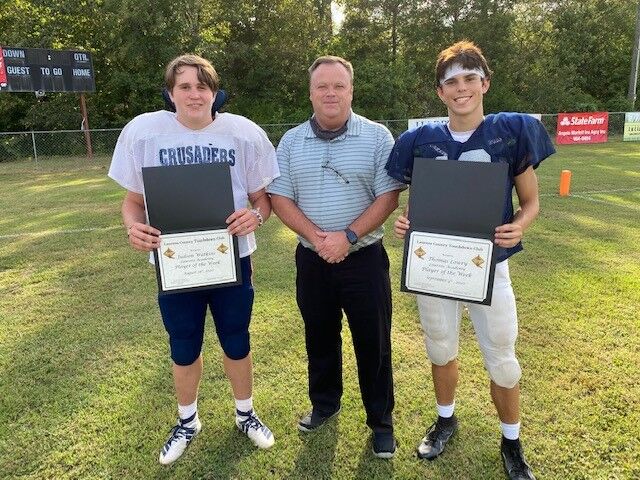 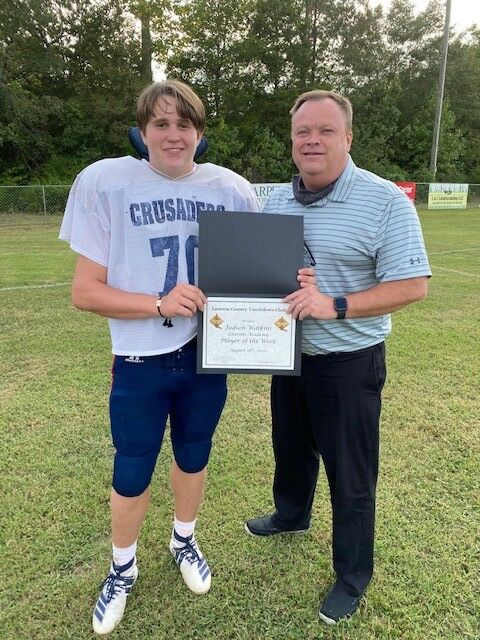 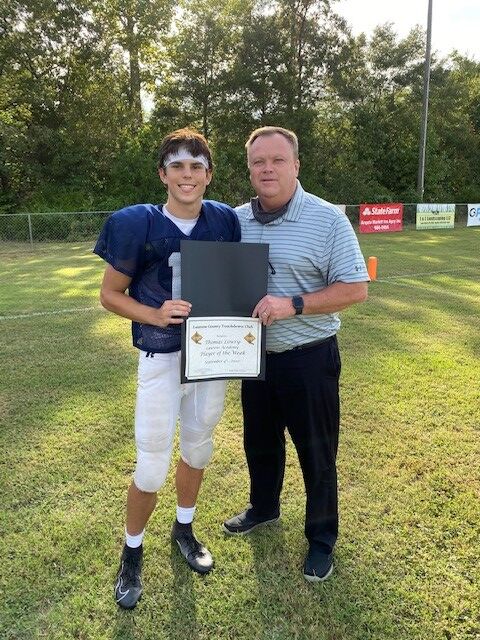 During the first week of the season, Judson Watkins, a senior at Laurens Academy, was named the Laurens County Touchdown Club Player of the Week.

Watkins started at linebacker for the Crusaders against Holly Hill and led the team with 13 tackles. Laurens Academy lost in week one to Holly Hill Academy, 18-12.

“Judson was making his first start for the Crusaders Friday night and his physical play set the tone on defense,” said Laurens Academy assistant coach Travis Plowden. “Judson’s performance was key for our defense. The 13 tackles that he made throughout the game, helped our defense stop multiple Holly Hill drives and it definitely kept us in the ball game.”

Laurens Academy senior quarterback Thomas Lowry was named the Laurens County Touchdown Club Player of the Week for his play in the Crusaders loss to Palmetto Christian Academy.

“Thomas really turned it around this week with outstanding play at QB,” said Plowden. “He engineered 5 scoring drives including the score to go ahead with a minute left. Unfortunately, Palmetto Christian was able to respond and score the winning TD with 8 seconds left.”