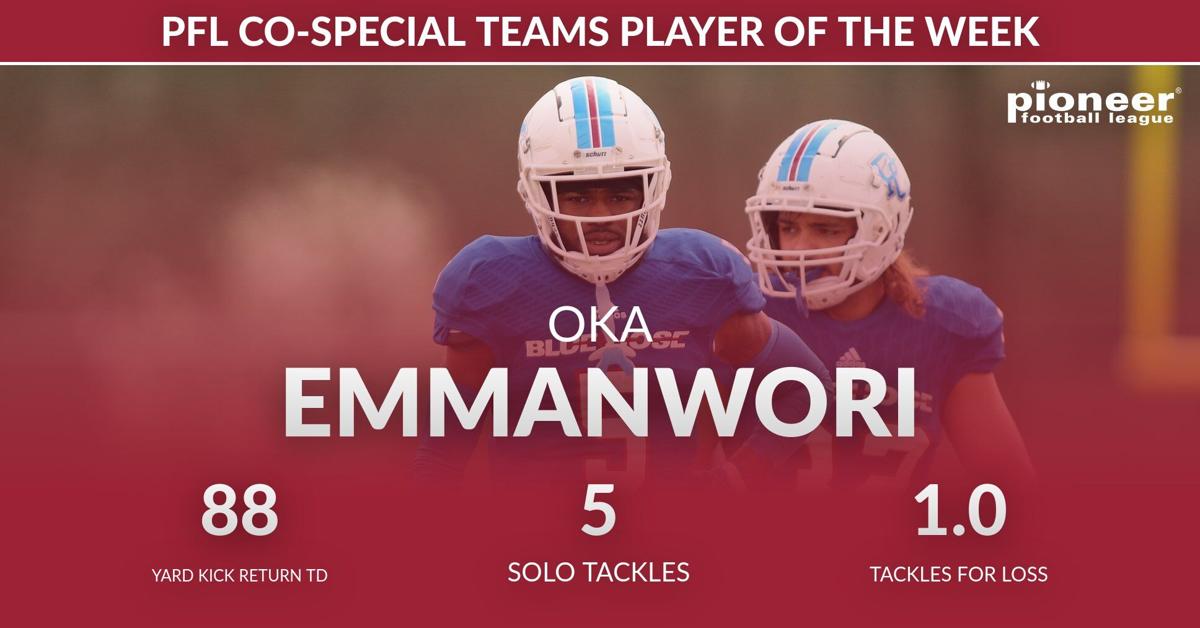 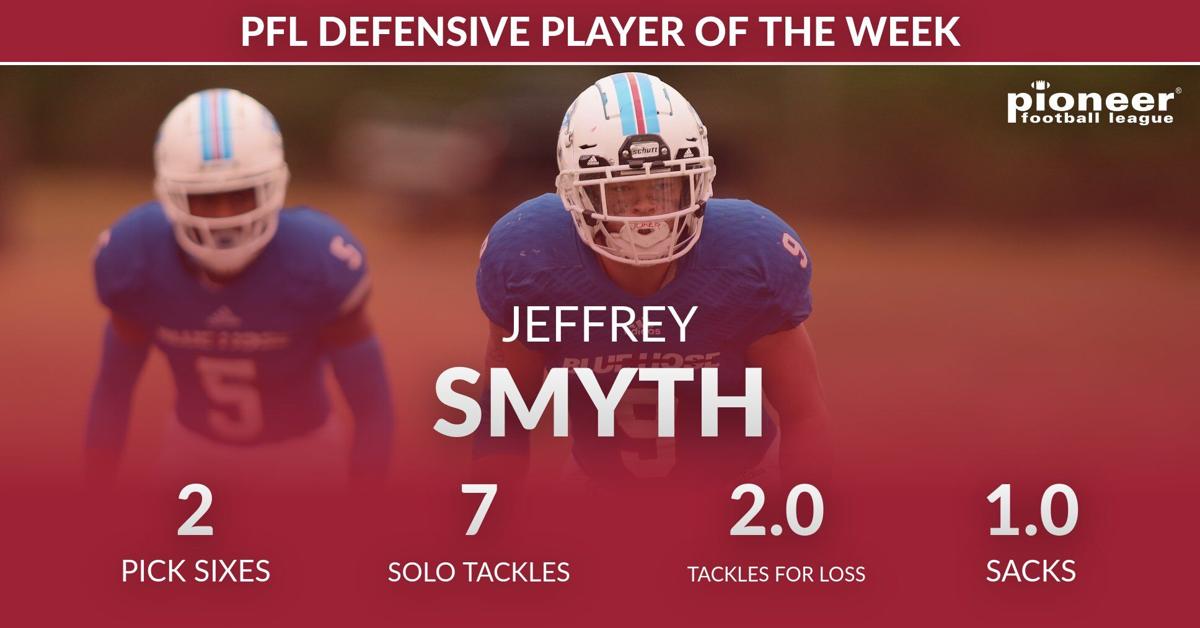 ST LOUIS, MO. – Sophomore defensive back Jeffrey Smyth has been named the Pioneer Football League's defensive player of the week as announced by the league on Sunday. Sophomore defensive Back Oka Emmanwori was also named the league's Co-Special teams player of the week on Sunday. The pair accounted for all three touchdowns for the Blue Hose in a 26-3 victory on Saturday afternoon against Stetson.

Smyth also had seven solo tackles and two tackles for loss to lead a Presbyterian defense that held an opponent without a touchdown for the first time since 2018.

Through five games, Smyth ranks third on the team with 32 tackles, second in tackles for loss with 5.5 TFL's. He's one of six Blue Hose to have a sack this spring. With his two interceptions on Saturday, he's recorded a team-high three interceptions through five weeks.

Emmanwori got the Blue Hose offense out to a fast start on Saturday with an 88-yard kickoff return for a touchdown en route to the 26-3 victory. After Stetson took a 3-0 lead, Emmanwori returned the ensuing kickoff to the house to give Presbyterian the lead they would not relinquish. It was the first kickoff return for a touchdown since 2013 when Jeremiah McKie recorded a 97-yard return against VMI.

He also totaled five solo stops and a tackle for loss on Saturday in the victory.

Emmanwori has 30 tackles for the spring, while totaling 2.5 tackles for loss, a sack, and a pair of interceptions.

It is the second time this spring that the Blue Hose has had a pair of players earn the weekly awards as quarterback Tyler Huff and wide receiver Keith Pearson earned offensive and special teams player of the week after PC's 31-16 victory over Morehead State on March 13th.

The Blue Hose are back in action for the final time at home this spring when they welcome in Davidson for a 1 p.m. kickoff on Saturday afternoon from Bailey Memorial Stadium. PC and Davidson faced off on March 20 as the Wildcats earned a 41-24 victory in North Carolina.