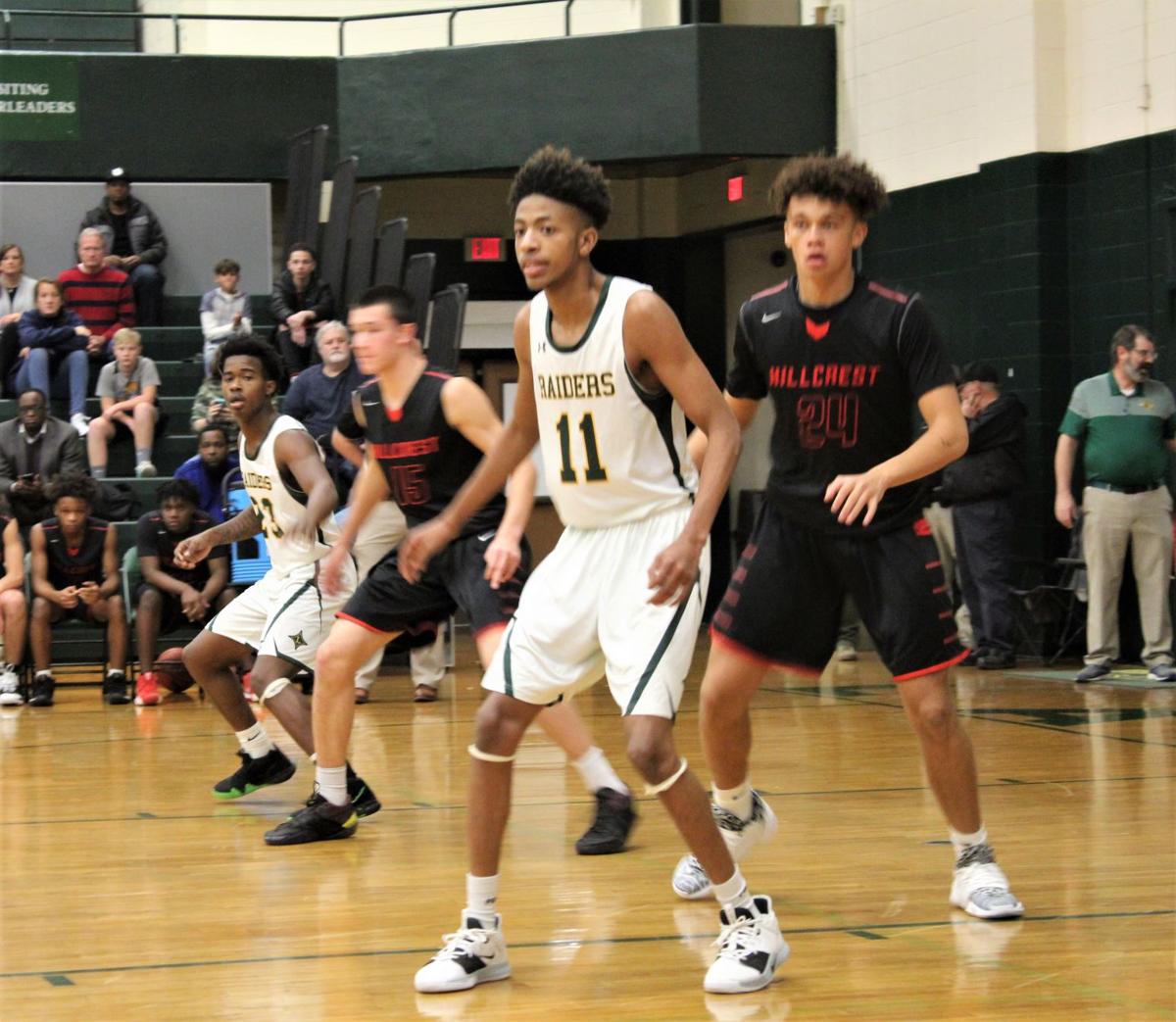 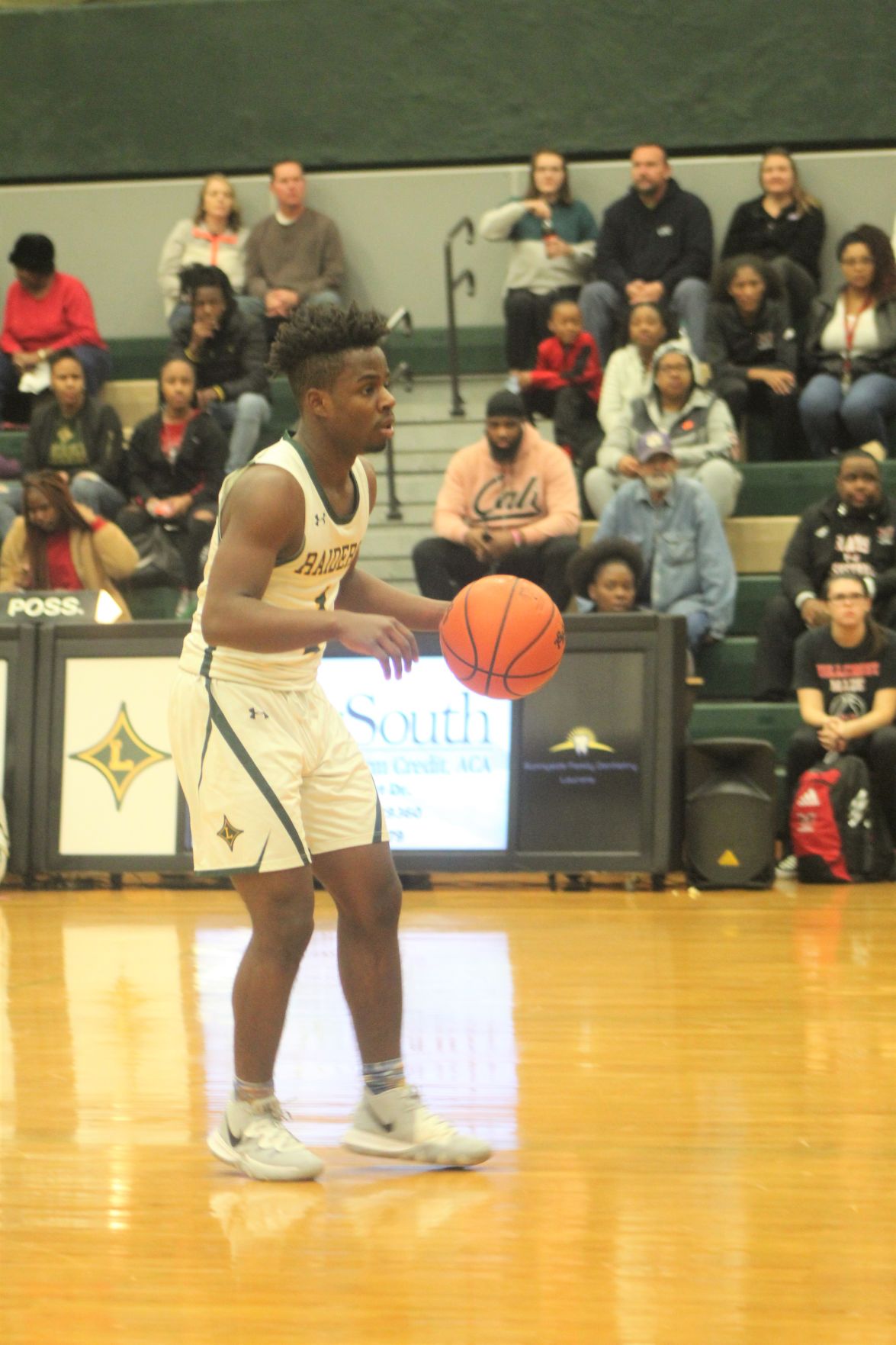 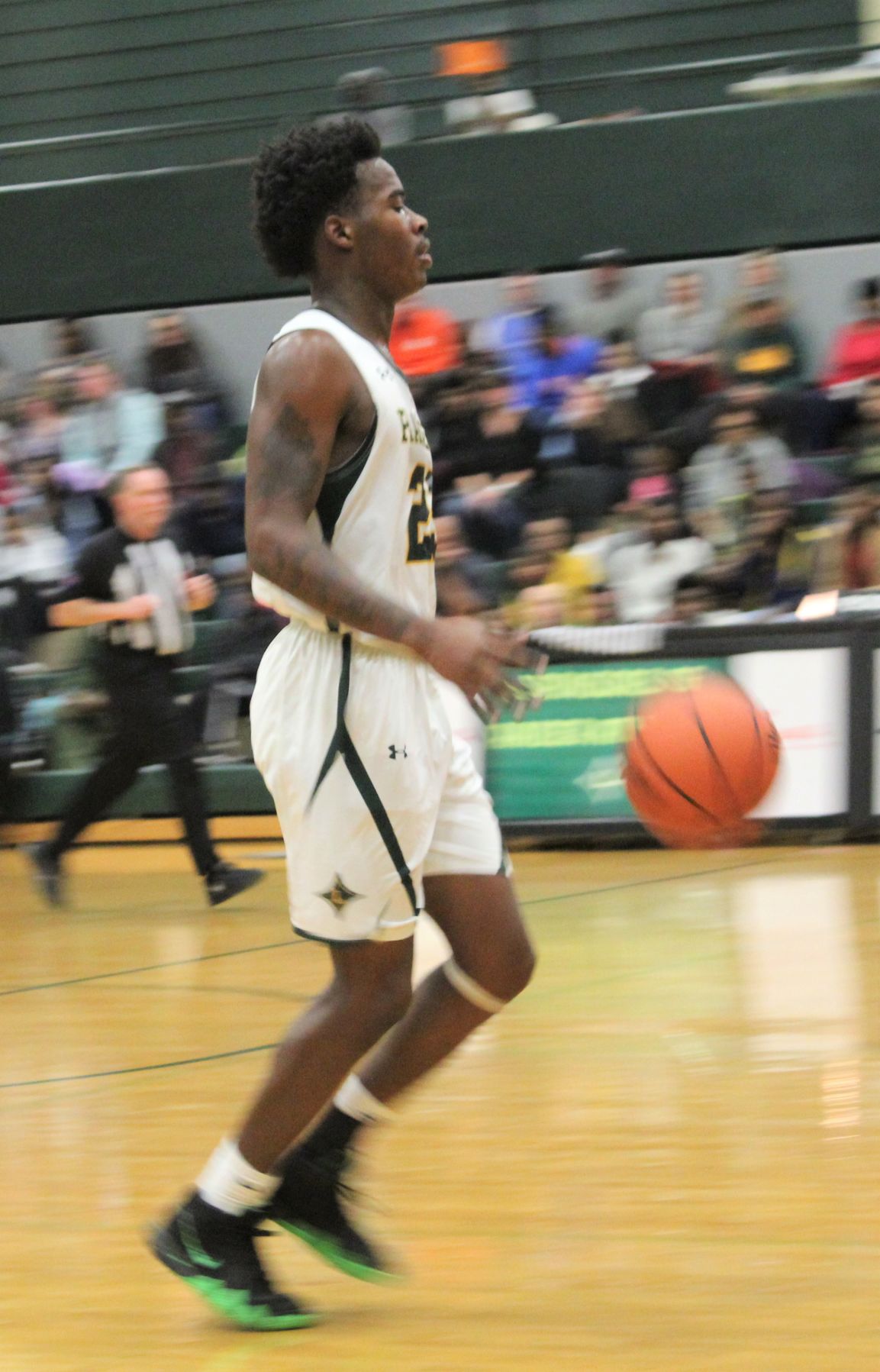 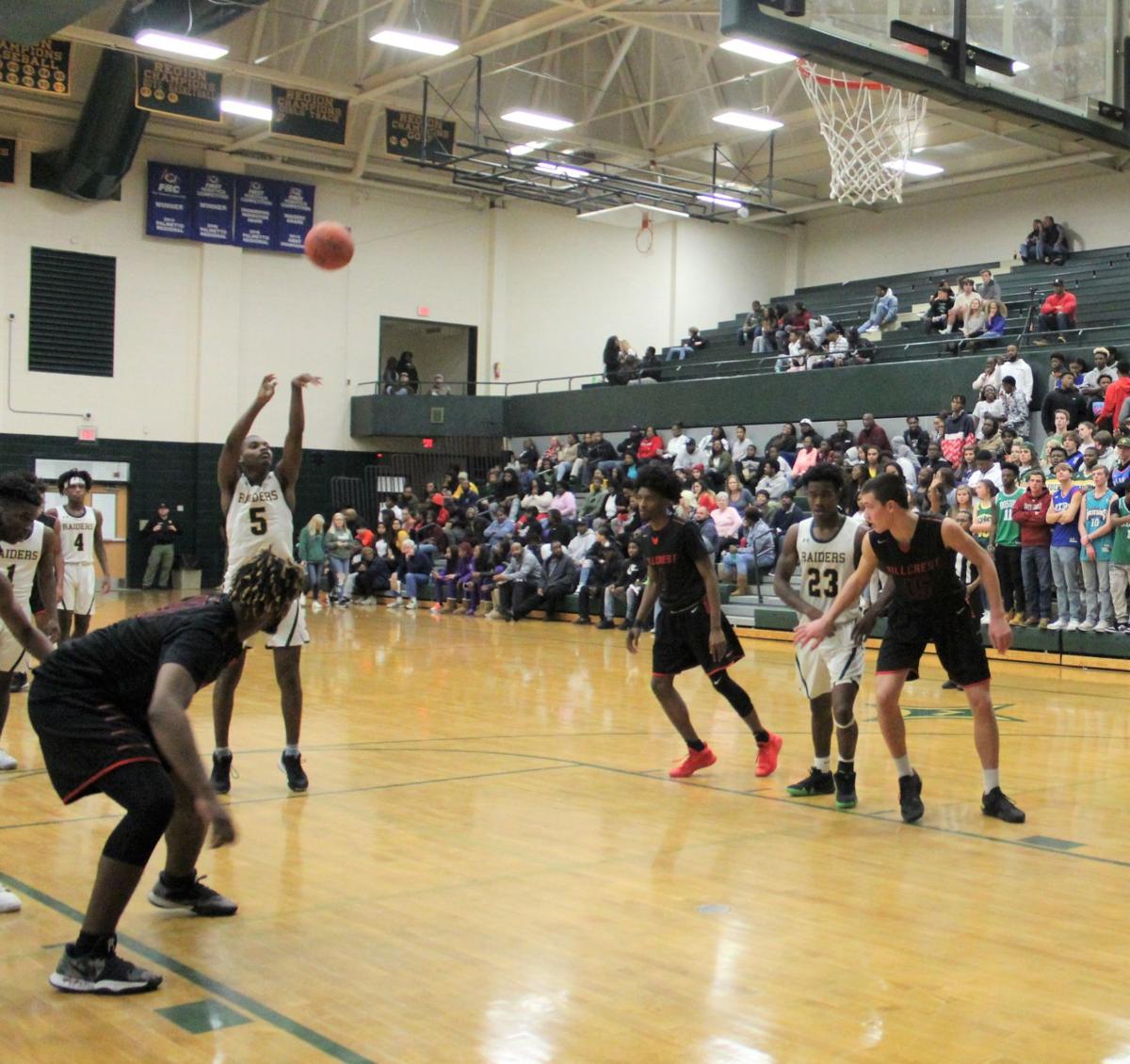 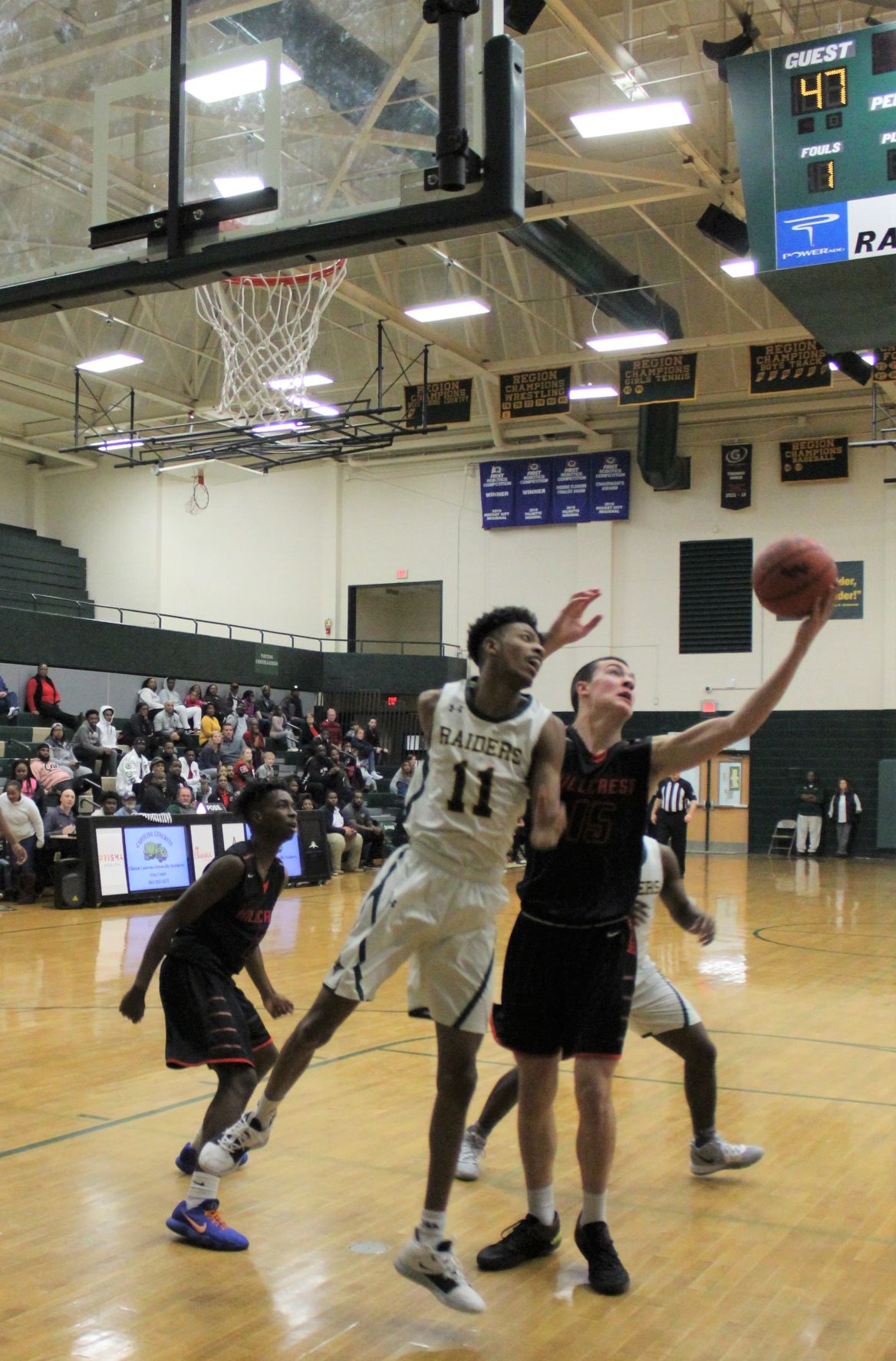 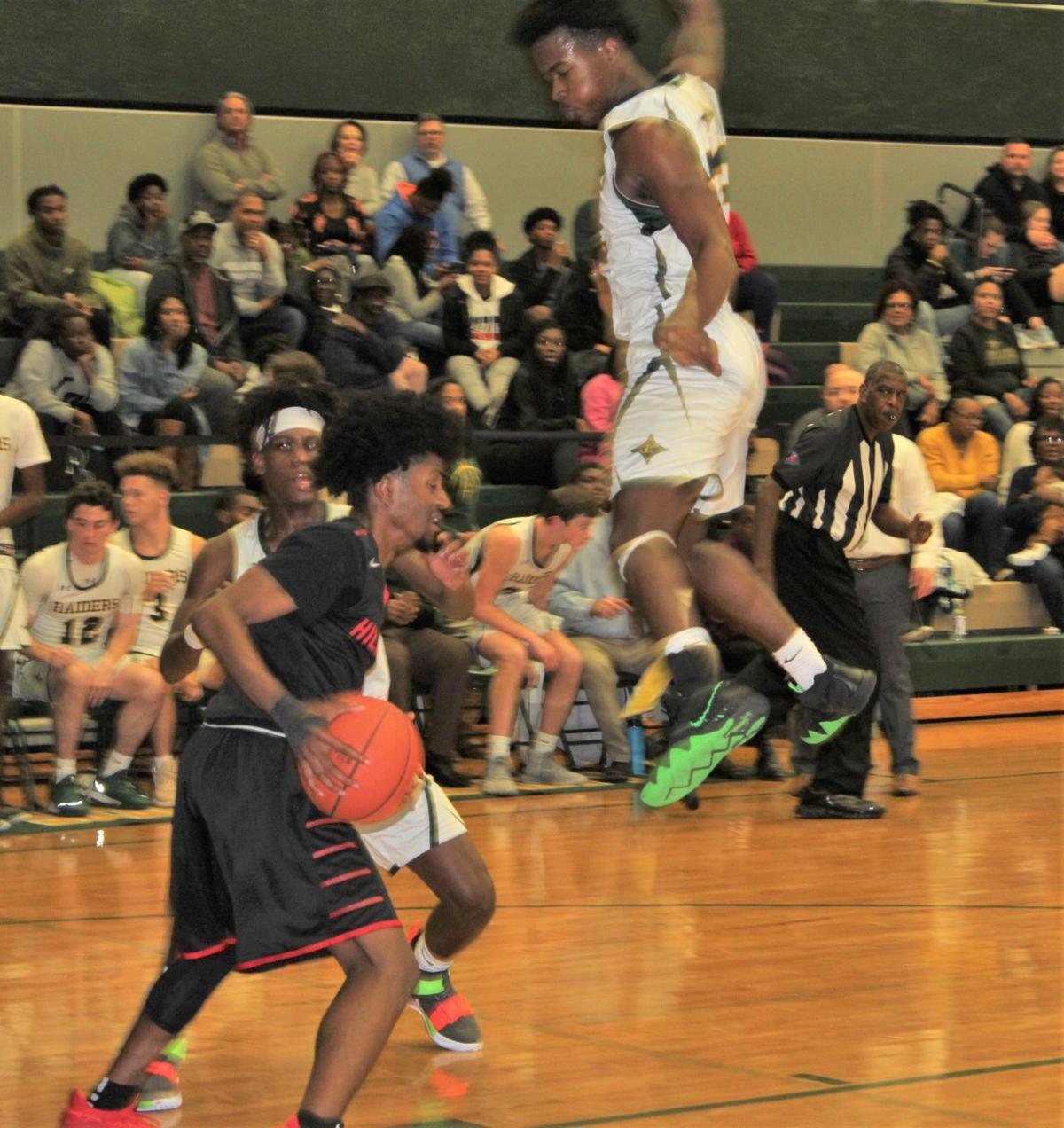 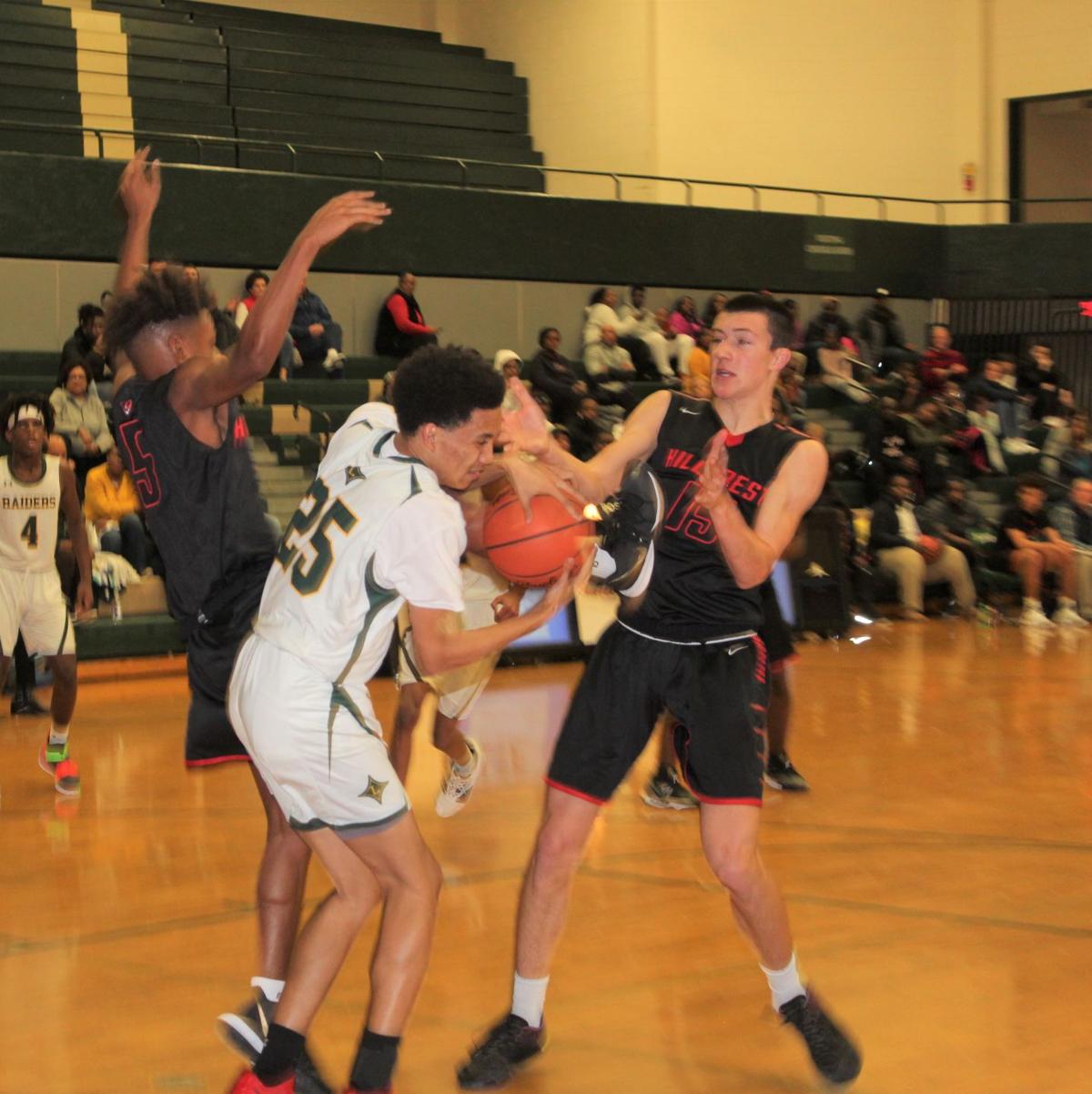 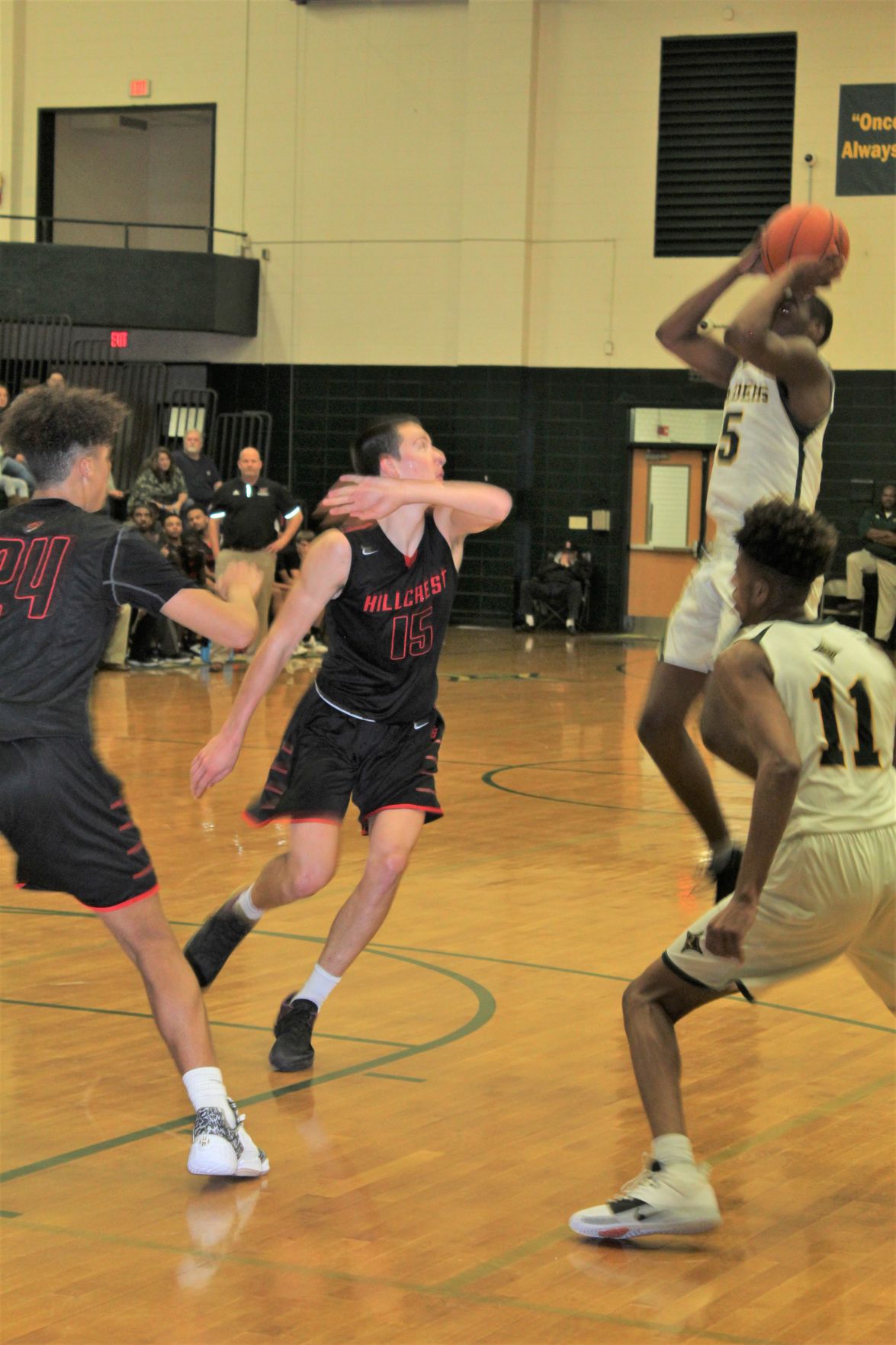 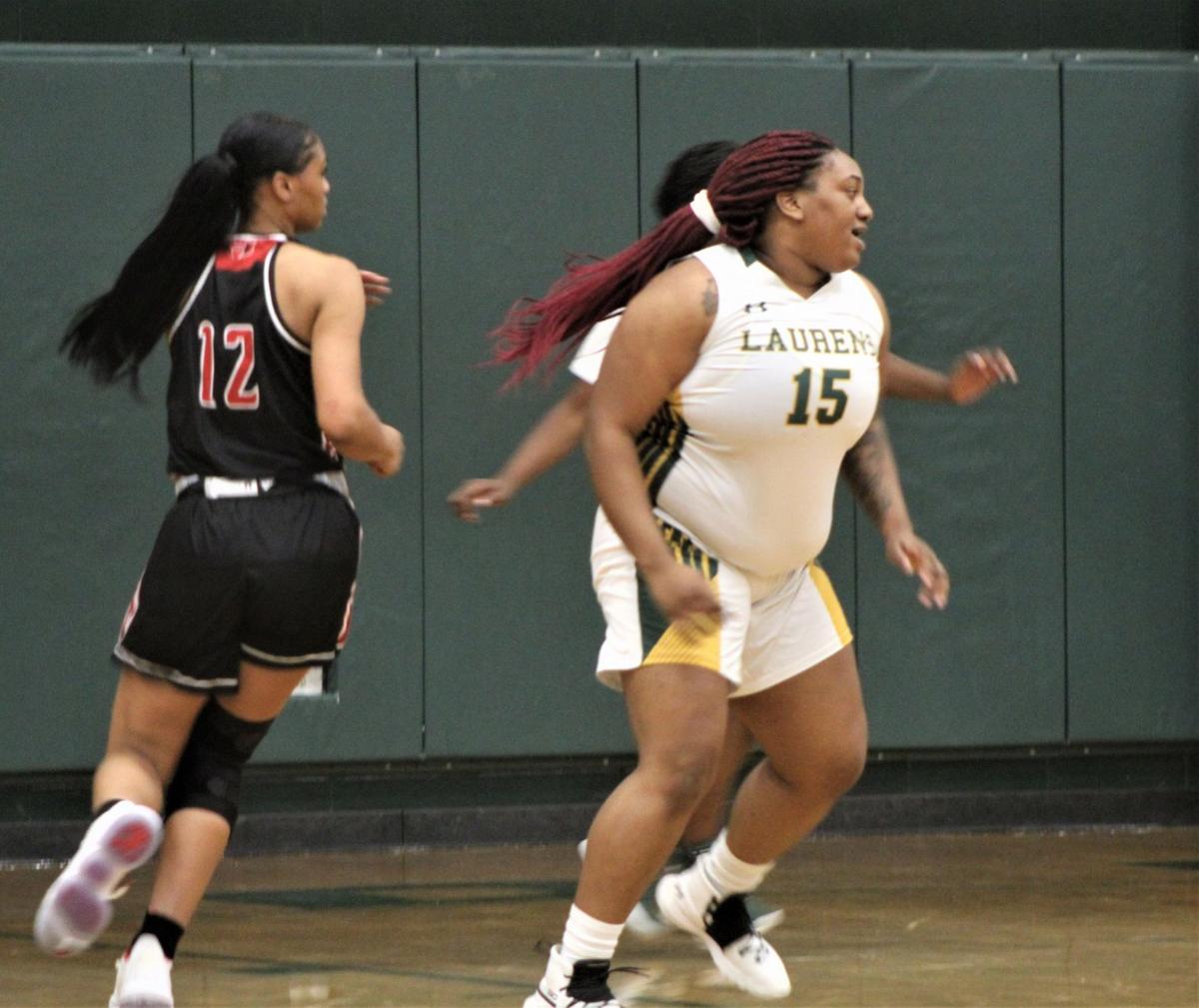 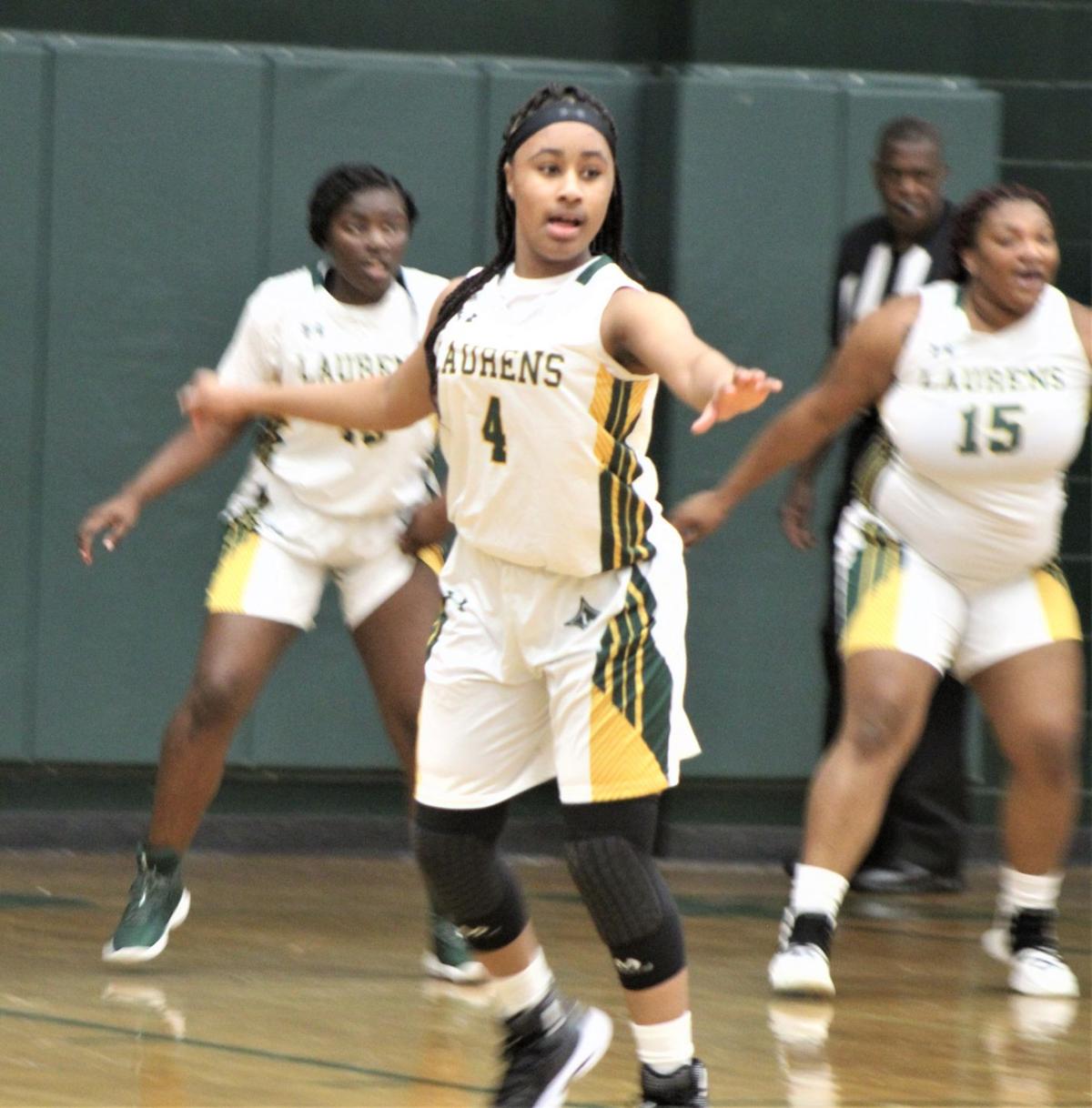 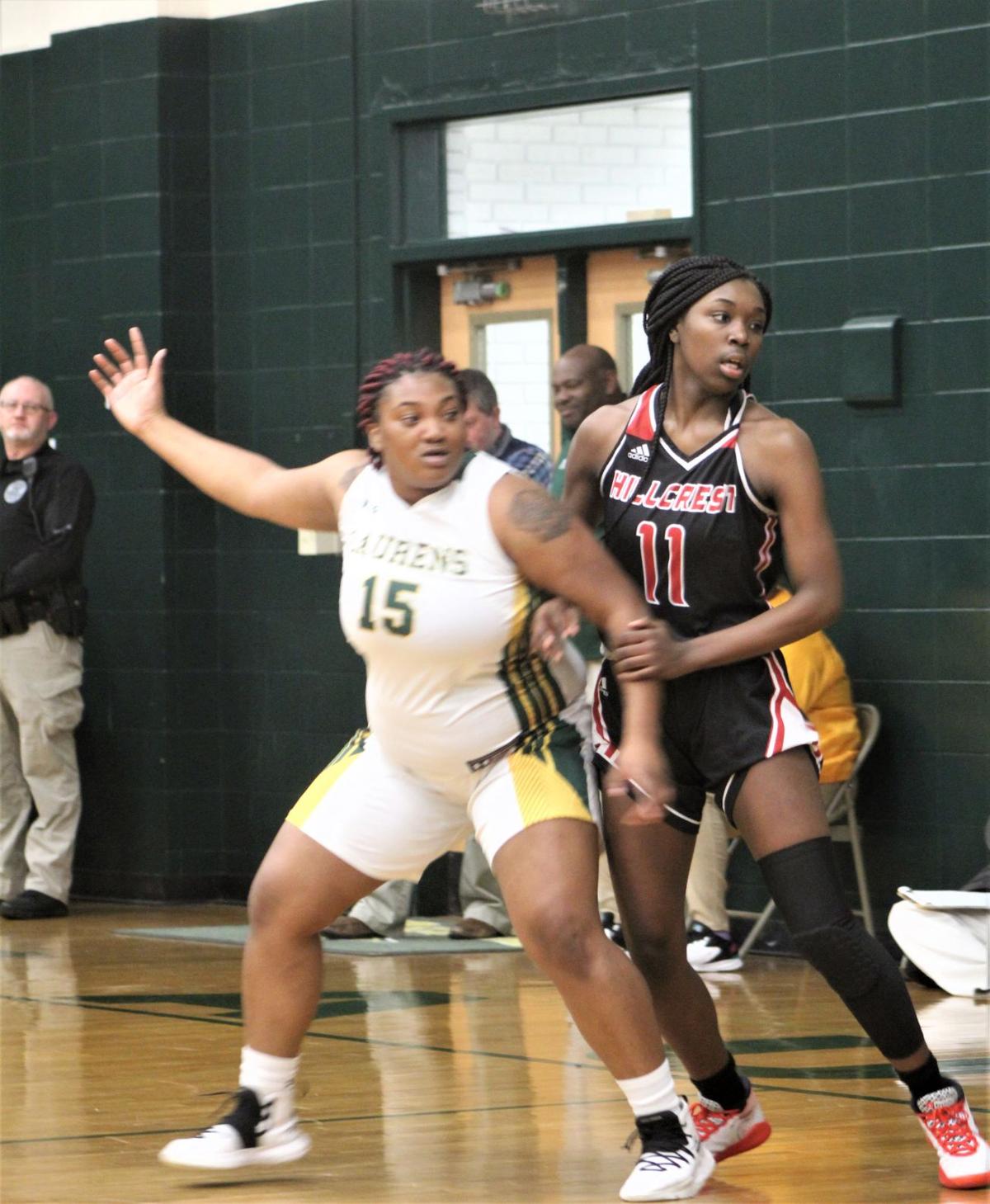 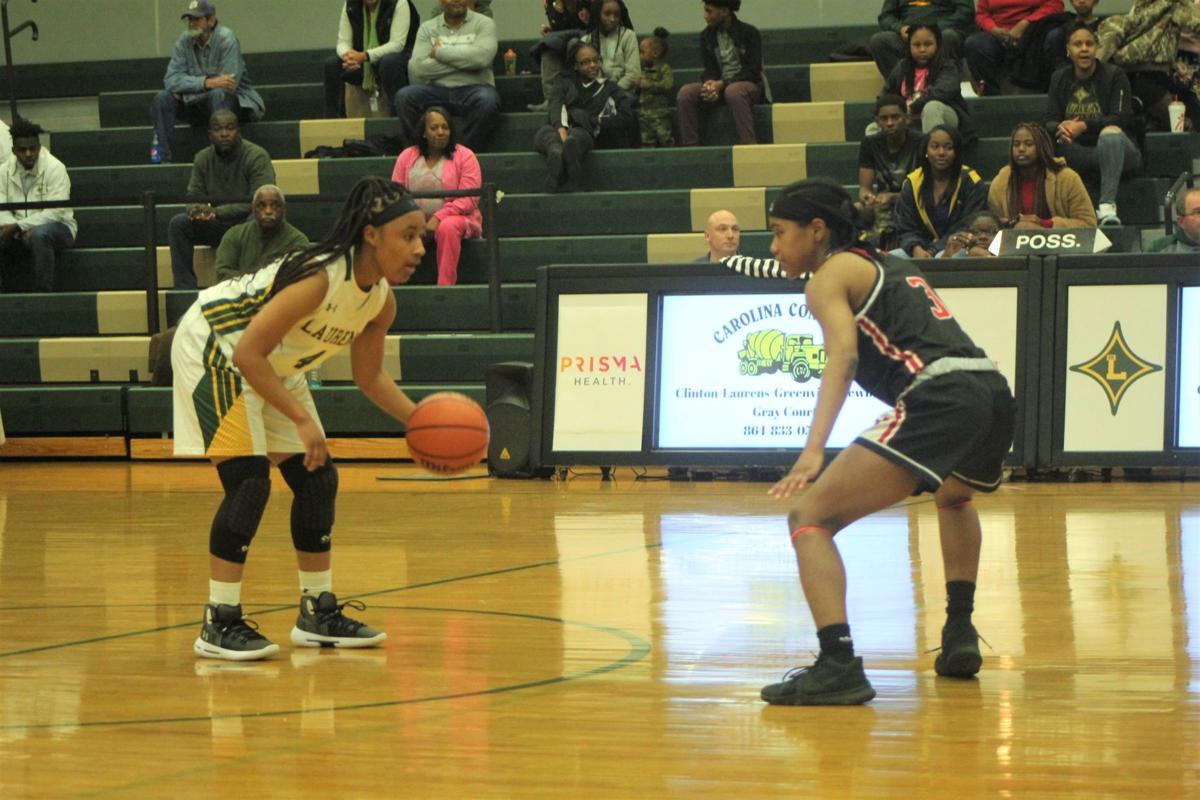 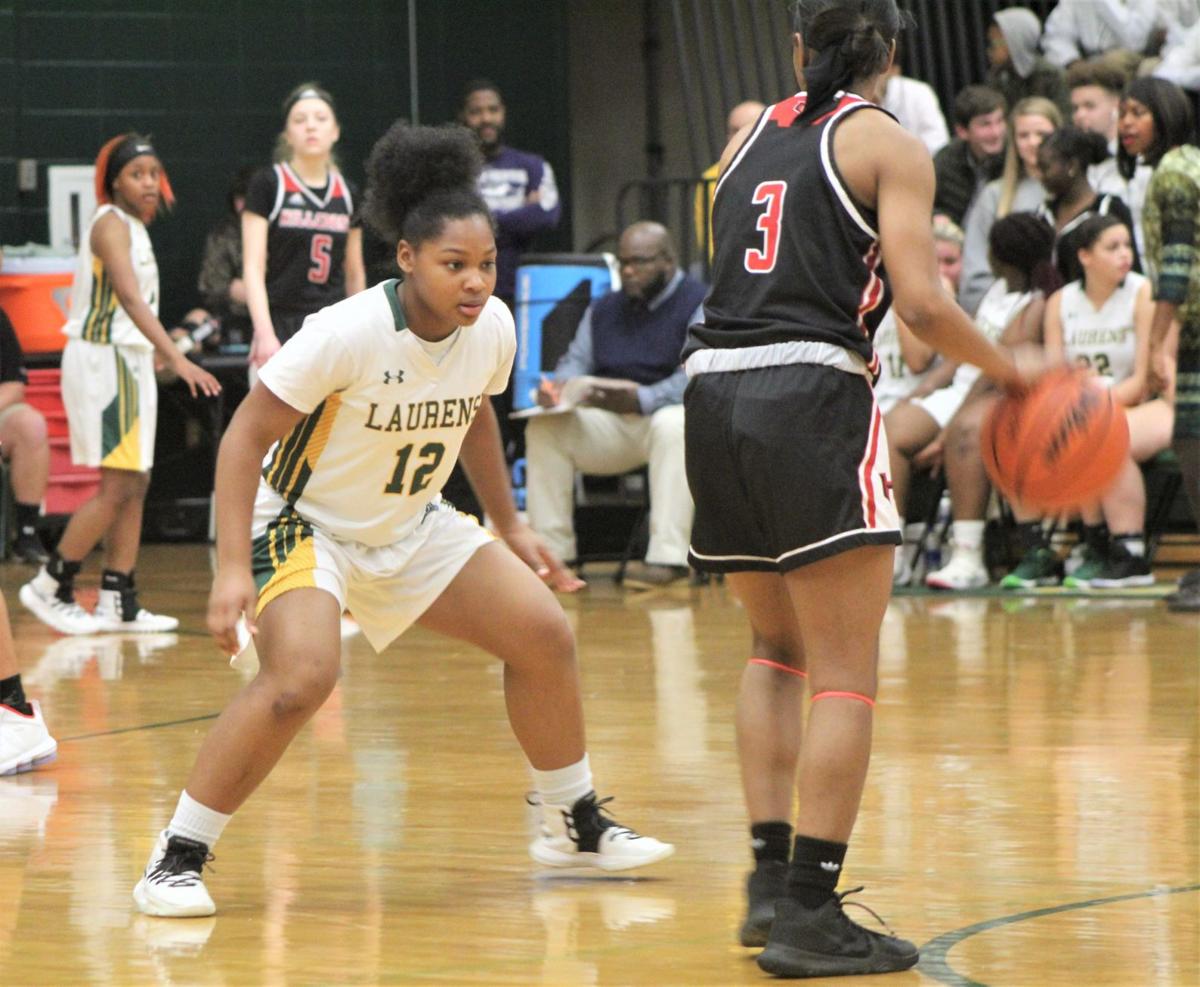 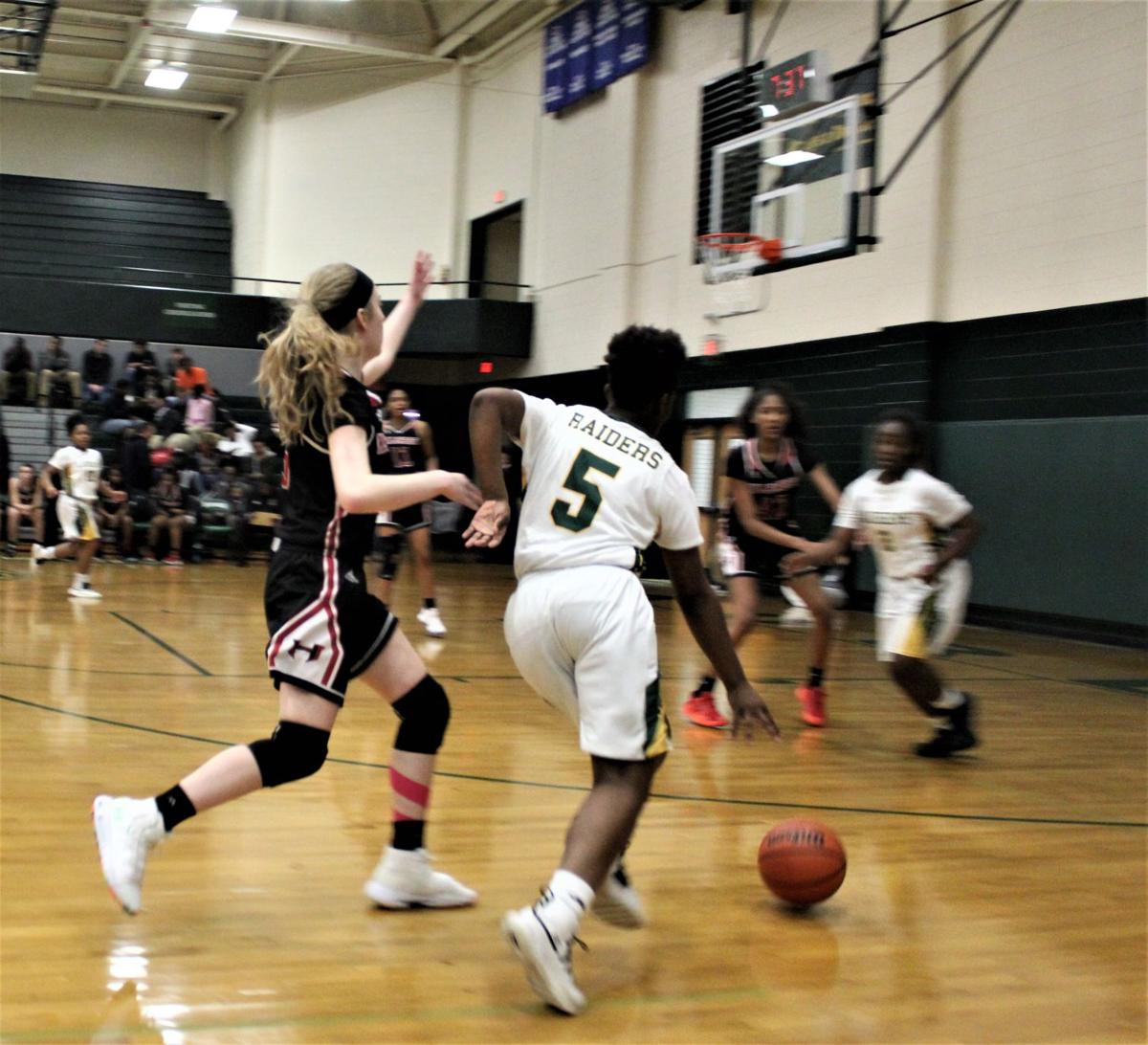 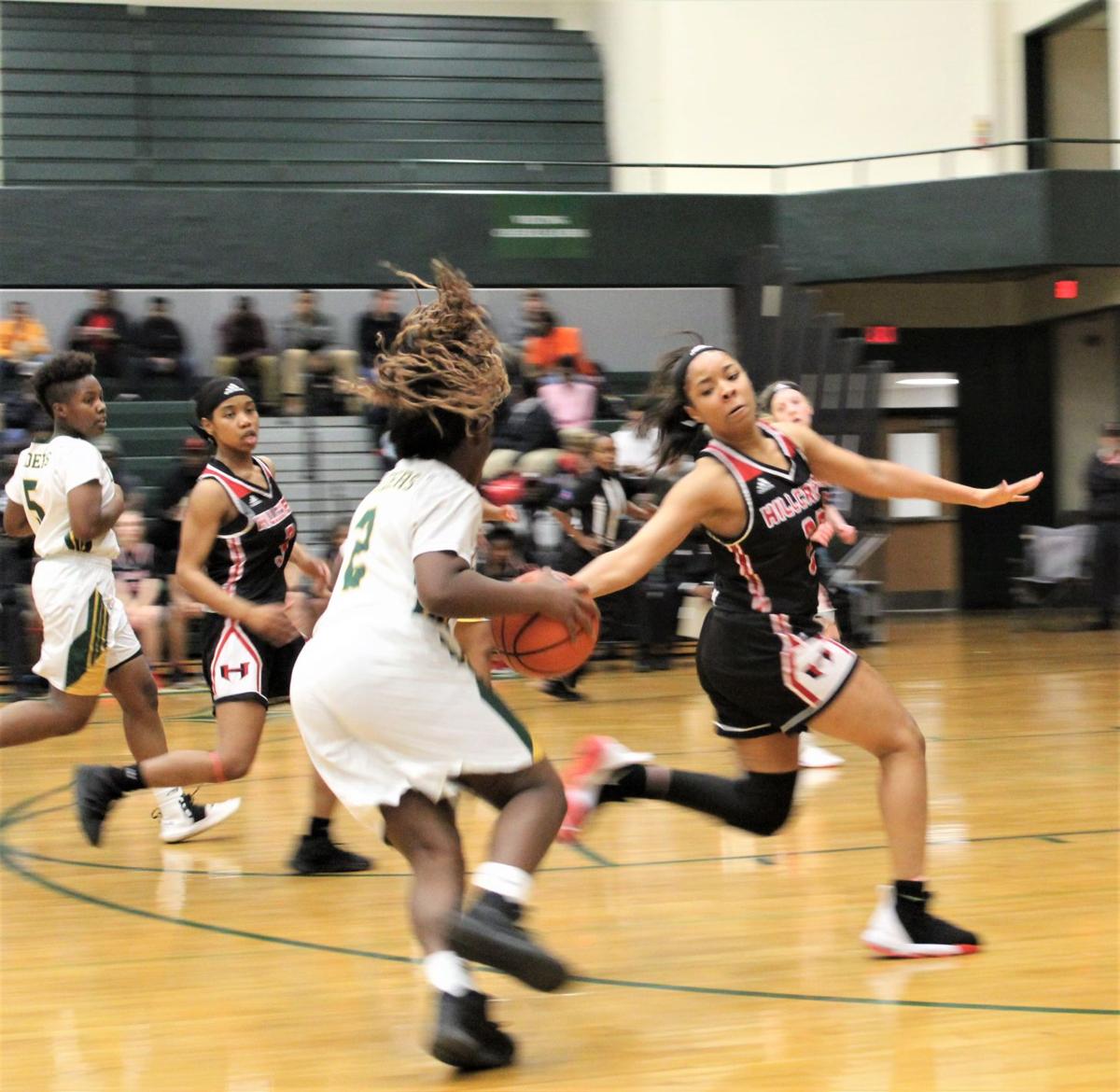 Hillcrest won two basketball games at the LDHS gym on Tuesday night. One was exciting because it featured a breathtaking Raider comeback that fell short. The other was mundane because it wasn’t close at all.

But the comeback was not to be consummated. With Leonard Williams at the free-throw line with just under a minute to play, Nigel Owens, who had been talking with the coaches near the sideline, stepped in line on the right side of the lane after the referee had already handed the ball to Williams, thus taking away his free throw on a line violation. Williams, who scored 17 points, missed the free throw he had left.

Then, with 21.2 seconds left and Hillcrest leading 71-68, Williams drove into the lane from the left side and was called for a charge. That was it as a practical matter.

“Coming out of halftime, we started off slowly,” head coach Josh Chavis said. “It was our first home game. Our guys were excited and maybe overwhelmed a little. Then (late), a big-time mistake on the free-throw line. He (Owens) just reacted, and the ref had already handed (Williams) the ball. A simple mistake, but a big mistake.”

The comeback had, however, been extraordinary.

“When adversity comes, you’ve got to fight through it,” Chavis said after his first home game as head coach. “How tough are you going to be? Are you going to back down and say, ‘oh, man, it’s not going our way tonight,’ or are we going to stand in and fight? We did a pretty good job, but simple mistakes at the end that we’ve got to correct.”

Dee Foster led the comeback and finished with 25 points. Dra Copeland and Williams scored 17 points each, and Copeland hit all six of his free throws.

No one scored in double figures for the Raiders. Qua Fortson scored nine points, CaDayzhia Grant six, Raniya Jackson five; Nadia Anderson, Ashanti Conway and Macayle Revis, all with three; Kay Moore with two and Lamoria Allen with one.