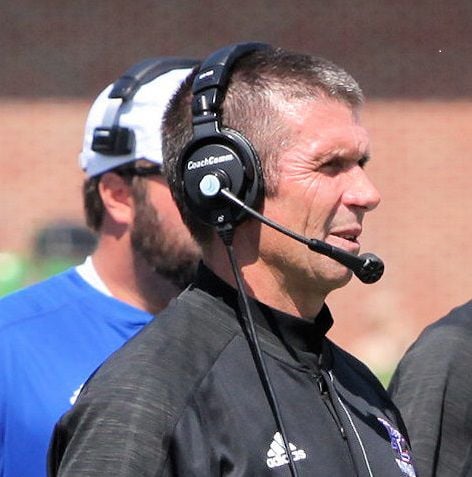 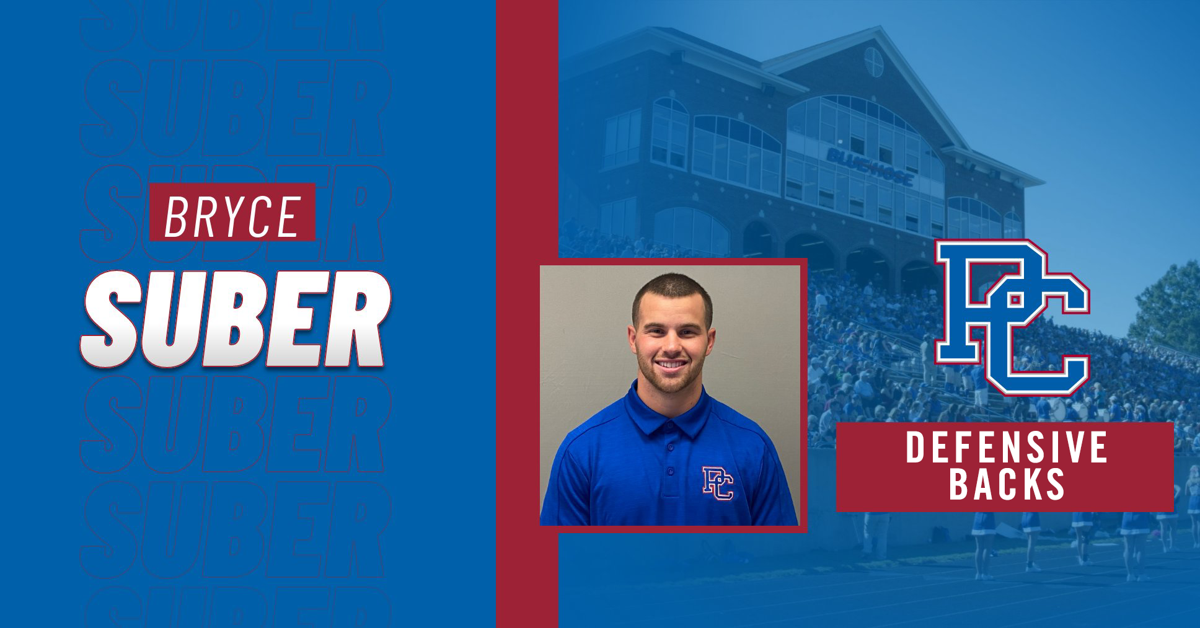 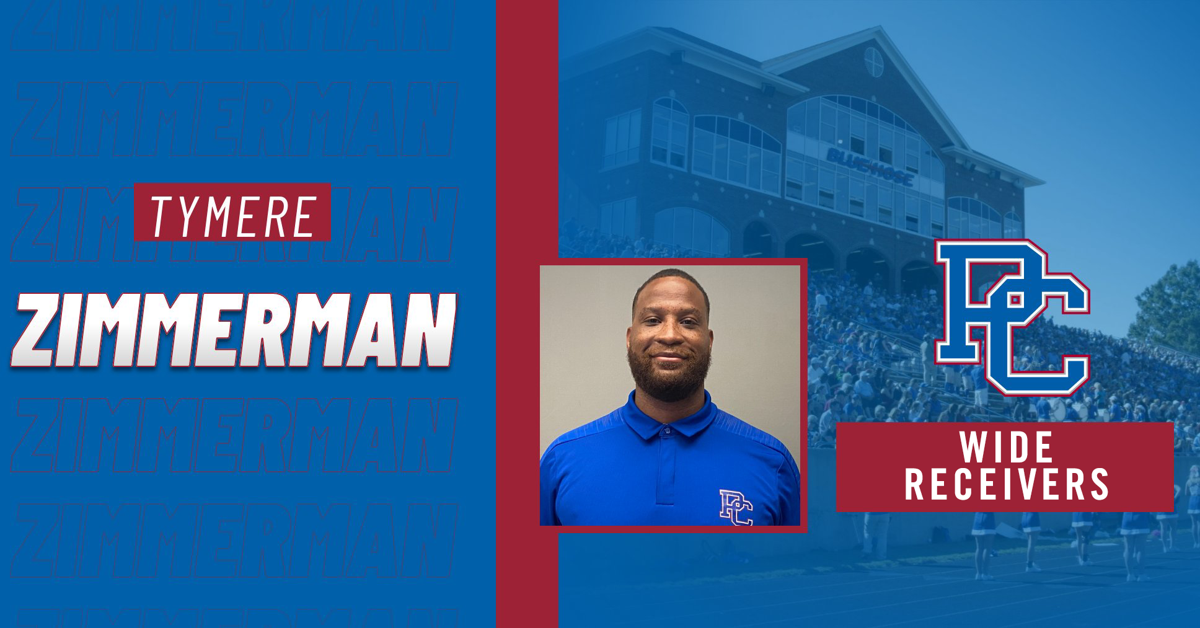 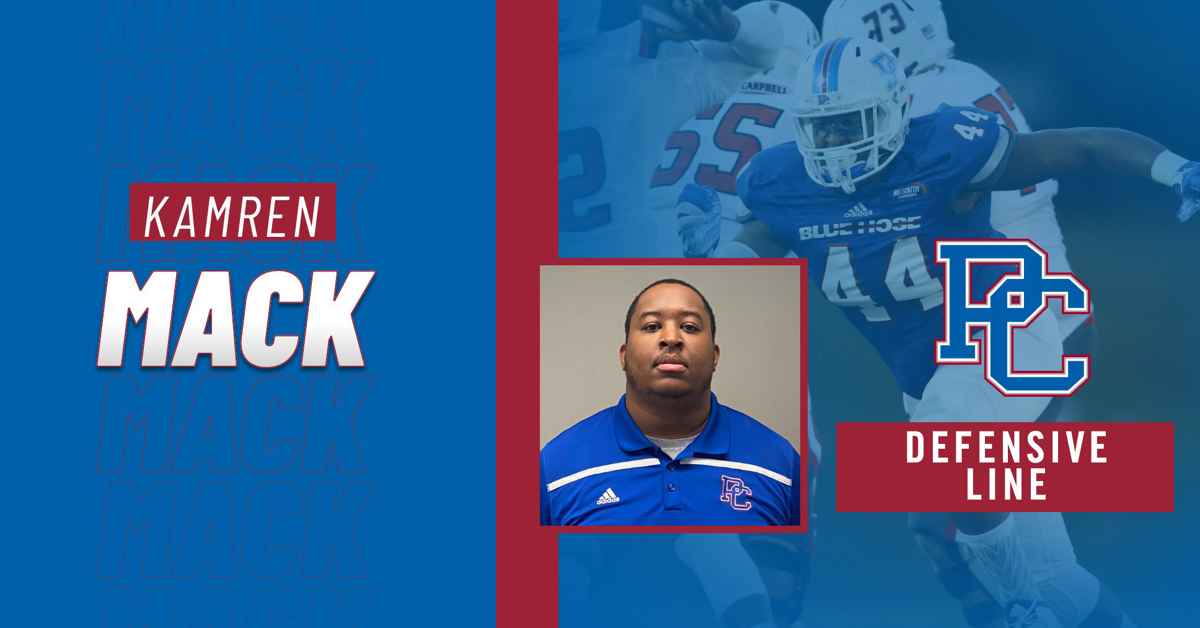 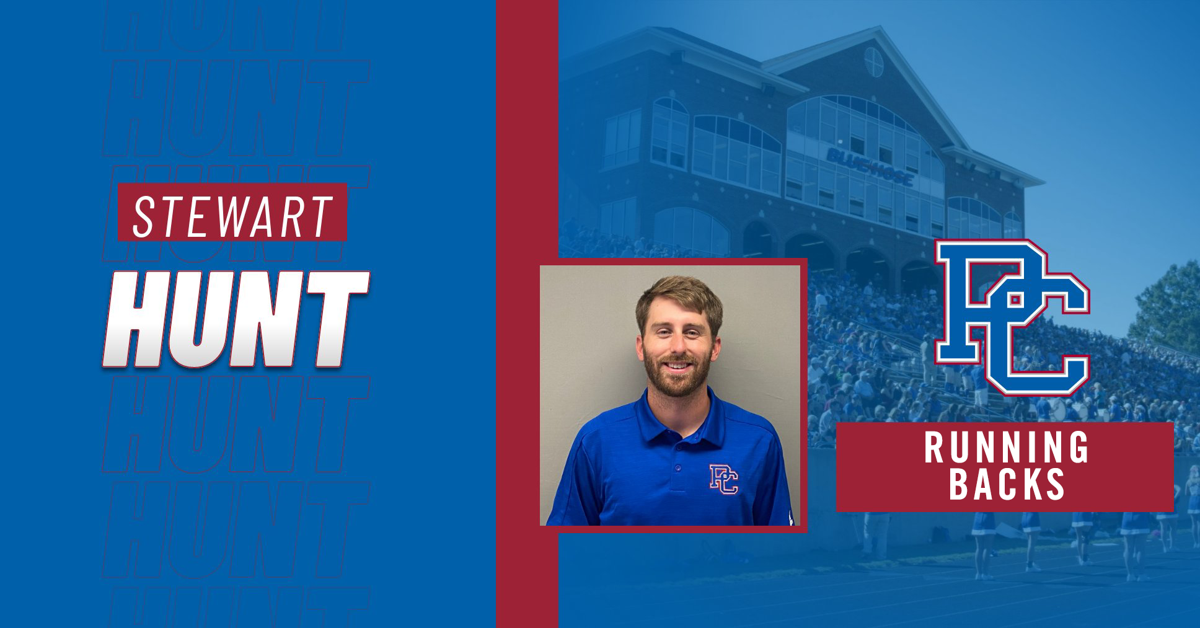 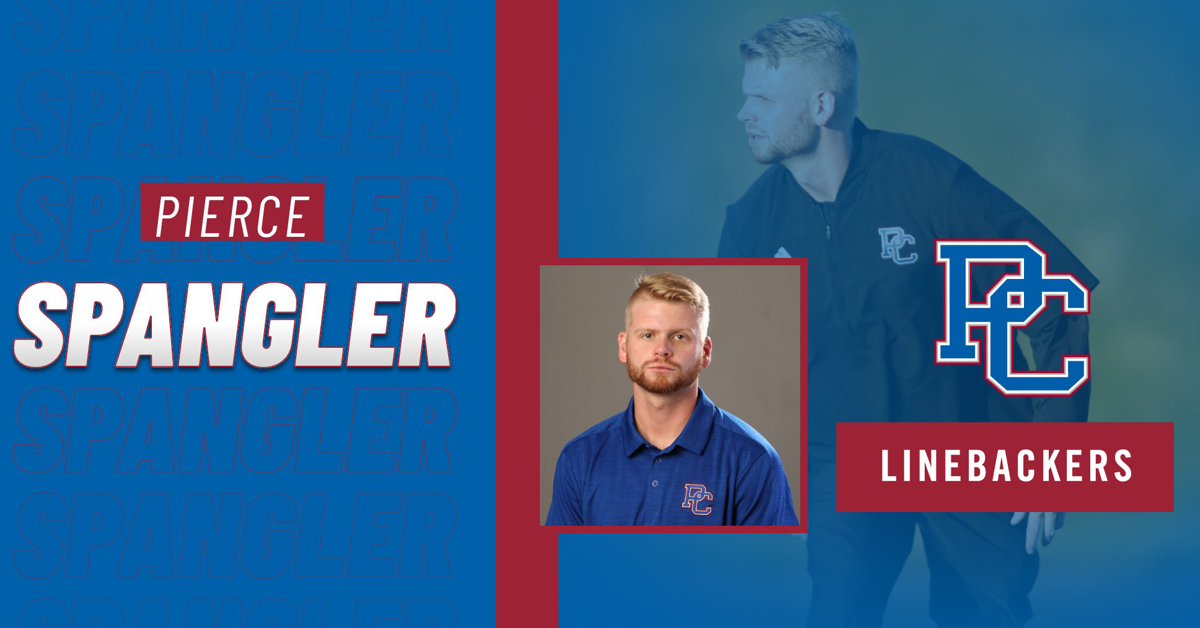 Former Blue Hose Kamren Mack has returned to PC as he will coach the defensive line, while Stewart Hunt joins the staff as running backs coach. Tymere Zimmerman has joined the PC family to coach the wide receivers, and Bryce Suber has joined the Blue Hose and will coach the secondary. Along with these four additions, Pierce Spangler has transitioned over to lead the linebacker room during the 2020 campaign.

"Overall, we have a very young group of coaches this season. If you take out myself and Coach Haltiwanger, we are really young," said head coach Tommy Spangler. Great coaches develop like great players as it starts with a tremendous attitude and work ethic - I feel we have that with this football staff. I am very much looking forward to witnessing their growth and development as leaders of young men over the coming years."

Zimmerman comes to Presbyterian after spending the last five seasons as the offensive coordinator at Lower Richland High School. Zimmerman is set to lead the wide receivers in his first season at Presbyterian. Before his time at Lower Richland, Zimmerman spent two seasons at Lexington High School, where he was also responsible for the wide receivers. He started his coaching career in 2009 at Marlboro County High School, where he coached for three seasons,

Before joining the coaching ranks, Zimmerman was a two-sport athlete at Newberry College as he shattered records on the football field throughout his career. He was a four-time all-South Atlantic Conference Honoree, including first-team honorees three times (2004-06), while being named an All-American during his junior and senior years.

Zimmerman's continues to hold the receiving records at Newberry as he put up an astounding 250 catches, 3,051 yards, and 40 touchdowns during his time with the Wolves. He also holds the scoring record at Newberry with 248 points. He currently is tied atop the list in school history with 12 games of at least 100 yards receiving including a career-high 167 yards' vs. Wingate in 2003.

Tymere and his wife Brionna have three kids (Jordyn, Kobe, and Skylar).

During his time with the Paladins, he worked primarily with the wide receivers and special team units. On the special team's side of the ball, he worked with Grayson Atkins who was named all-American in back to back seasons and currently holds the Paladin field goal percentage record at 80.4%. In the wide receiver room, Hunt worked with Thomas Gordon, who set the Furman school record for career receiving yards (2,552) and sits third in the career list with 159 catches.

Mack returns to Presbyterian after spending time at Georgia State University, earning his master's degree in sports administration. He also worked as a graduate assistant in the Panthers athletic department. Mack will work with Roland Matthews in coaching the defensive line beginning in 2020.

Mack was also a four-year letter winner for the Blue Hose as a member of the defensive line as he appeared in 34 games while making 20 starts throughout his time at PC. He racked up 82 tackles, 13.0 tackles for loss, and 6.5 sacks. The Lithonia, GA native currently sits tied for 5th with a pair of blocked kicks and placed 10th in the PC D1 era career record books with 6.5 sacks.

Suber joins the Blue Hose after spending last season as a defensive back quality control coach at Furman University. Suber will work with the defensive backs in his first year in Clinton.

Before his time at Furman, he spent a season as a graduate assistant at Austin Peay, earning his master's degree in Strategic Leadership. Before starting his coaching career, Suber was a member of the East Tennessee State football program.

Spangler returns for his fourth season with the Blue Hose after spending the prior two coaching the defensive ends; Spangler will transition in 2020 to coach the linebackers.

During the 2019 season, he helped lead Tanner Wilhelm to 53 tackles and 6.0 tackles for loss(tfl) on the year with 4.0 sacks. In 2018 he helped lead Gyasi Yeldell to a second-team all-conference selection that saw him have a solid year with 51 tackles, 9.5 tfl, 5.5 sacks, and a pair of forced fumbles.