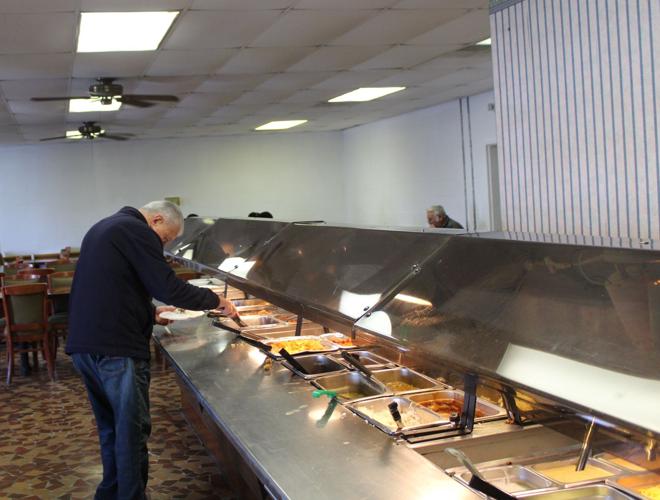 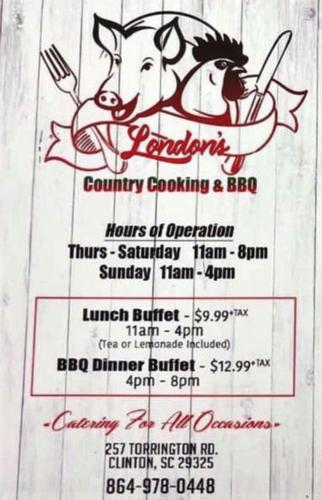 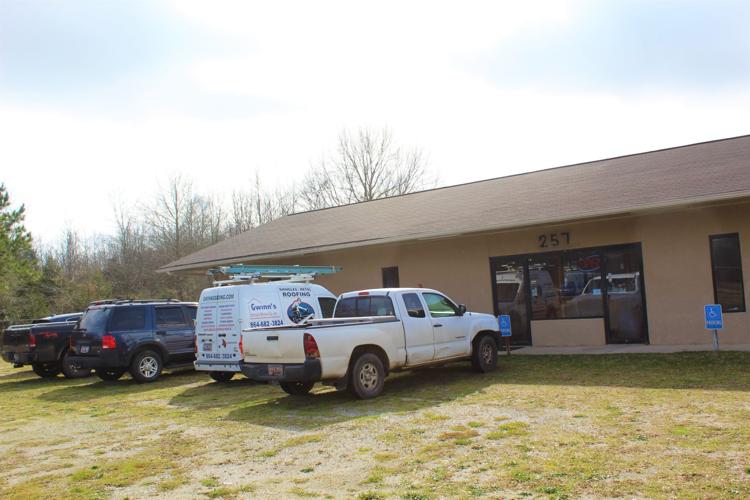 If the game show Family Feud had a Clinton edition, “survey says” would probably include a winning football team, a recreation complex and a barbecue joint.

Steps are being taken to create the first two, and the third just opened.

What’s more, no one is going to have a hard time finding London’s Country Cooking & BBQ because it’s in the same building where Hickory Hills used to be.

Lisa Garrett is in charge of the cash register, Rodney Atkins oversees the food and London is a grandbaby, which is exactly after whom a barbecue joint ought to be named.

As befits the higher price, the selection is a bit broader late in the day and into the night. Lunch (dinner) is more of the country cooking, and dinner (supper) is more of the barbecue. In other words, one might find ribs and hash in the category of premium selection.

Nationwide, the biggest weakness in barbecue chicken is dry meat, and the chicken at London’s is moist.

Everything’s good. At lunch, the meats were chicken, fried and baked with two sauces to slather, chopped pork and fried fish. Vegetables were great, particularly the lima beans. One man said his only suggestion might have been some “loaf bread” because he needed something to sop, and Lisa told him she’d get right on it.

The two dessert choices, lemon or vanilla pound cake, were moist and tasty.

The place just opened. Word is undoubtedly going to get around.